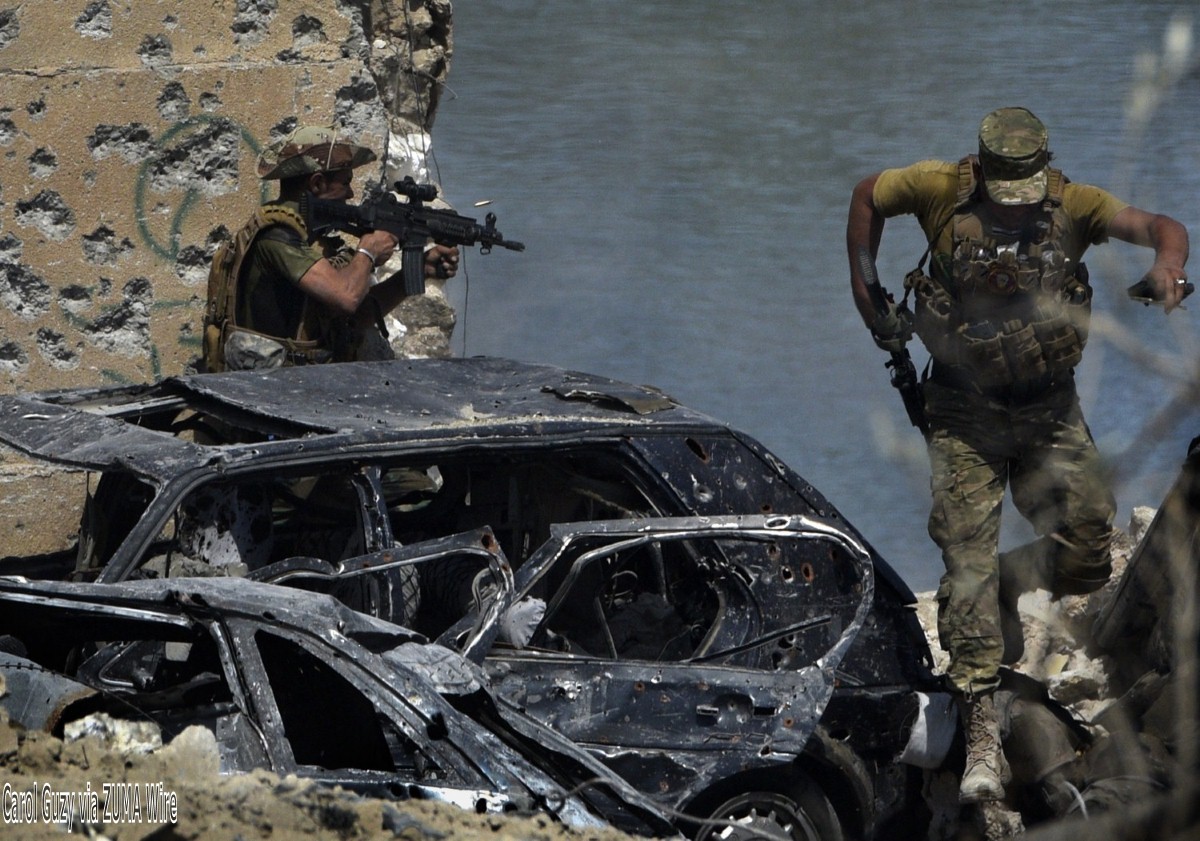 Isis is on the ropes in Iraq. Now the UK needs to push for justice

The Islamic State is on the back foot in Iraq.

While the implosion of Isis is clearly welcome news for Iraqis who suffered so much under its murderous rule, it's less clear what should be done with those Isis members who haven't already fled or been killed in combat. Iraq's current approach is not only deeply flawed, but downright dangerous too.

I have witnessed at first-hand how Iraqi forces are screening, detaining and trying men and boys for Isis affiliation. The way they're picked up is problematic; some are branded as Isis suspects based on dubious "intel" from neighbours, who may only be reporting them because of jealousies or long-term feuds over land or business ties.

Many Isis suspects told us that Iraqi forces held them for months and interrogated them without a lawyer, sometimes torturing them to confess that they were indeed Isis members. Judges then try and convict them for this but make no distinction between someone who admits to having been a fighter who raped and massacred, to someone who was, say, a cook for a group of fighters or a doctor who kept working at his local hospital even after it was taken over by Isis. All of these people face the death penalty under Iraq's counterterrorism law.

Human Rights Watch knows of more than 7,000 Isis suspects who have been tried or convicted since 2014, and 92 Isis convicts who have been executed. As far as we know, Iraqi courts did not charge any of these people with any crime other than Isis membership; we also know that some of these trials can last as little as 15 to 20 minutes, without any victims of their alleged crimes present.

These trials not only violate defendants' rights, but also rob victims of their day in court. In one particularly galling example, a defendant admitted during his trial that he had held four women as sex slaves, raping a different one each night. But the court only convicted him for Isis membership. Iraqi authorities apparently saw no need to try to find the women he had raped, and give them the chance to have their day in court.

I've spent a lot of time talking to families who suffered terrible things under Isis, and all of them spoke of their thirst for revenge. Iraqi authorities are under pressure to deliver what looks like decisive punishment. But this approach will only sow the seeds for yet more violence.

I have spoken to over 100 families who have had their sons and husbands taken away during Isis screenings, but who months later still have no idea where they are. At first, they were overjoyed to be free from Isis. Now I hear a common refrain: "I wish we had stayed in Mosul and were killed by an airstrike. That is better than living without knowing what happened to my husband." I have seen a cell, just four by six metres wide, holding 114 prisoners caught up in an Isis sweep who have been there for months without a single breath of fresh air.

At the same time, I have spoken to women held as Isis sex slaves, sold over 10 times from man to man, raped over and over. They feel the Iraqi government cares nothing for their suffering, and has done nothing to hold their rapists accountable.

If Iraq wants to show that, unlike Isis, it actually cares about victims, justice, and rule of law, it needs to develop a plan to fairly prosecute people for the full range of crimes they committed, and with a clear role for victims' voices.

Over the last year, the UK government has encouraged the UN Security Council to create an international investigative team to support Iraq in gathering evidence of war crimes, crimes against humanity and genocide. But soon it will run into real problems: the trials in Iraq will likely finish before the team even starts its work, and the UN will rightly be unable to hand evidence they gather over to Iraqi courts because of their deeply flawed trials and use of the death penalty.  And the fact this team will only examine crimes committed by Isis creates double standards, given the serious crimes committed by allies of the Iraqi government.

So what can the UK government do? It's critical that, alongside other international actors who care about justice for Isis victims, it now engages with ongoing trials, including by paying for human rights monitoring at courthouses. It means helping to monitor detention conditions and working to improve them. It means funding victims' families, so they can take part in trials. And it means pushing Iraq to abolish the death penalty, and to allow those who committed the worst atrocities to be charged with war crimes. Improving – and actively supporting – the justice system is critical if Iraq is to avoid another terrible descent into violence.