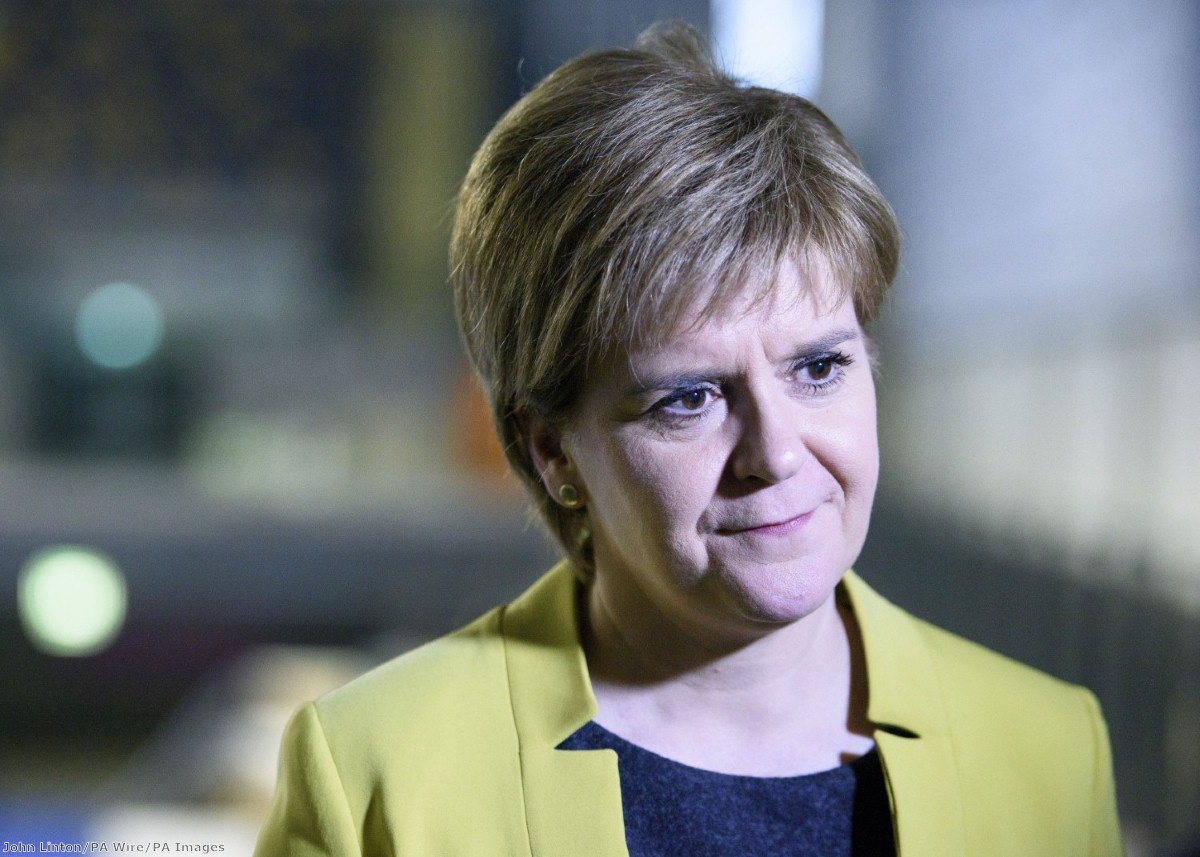 'SNP win local election in Scotland', declared a press release shortly before 6pm yesterday. By any measurement, that was true. The party, it continued, had won 'more seats' and 'an increased and higher share of the vote' than any other party. Basing its calculations partly on 'notional' results the BBC said the SNP were actually down by seven, but it didn't really matter: the SNP vote had held up, and held up well.

Nevertheless, the SNP (slightly) overplayed its hand in this election, giving the impression it would win overall control of local authorities in Aberdeen and Glasgow. It did not, though it did become the largest party in each, as it now is in half of Scotland's 32 councils.

But the story of the night was the Tory revival, or rather continuing revival given its surprisingly good performance at last year's Scottish Parliament elections. One result summed up the transformation. In Paisley's Ferguslie Park, identified last year as having Scotland's greatest level of deprivation, the Tories chalked up a councillor.

And in Ravenscraig, the focal point of Thatcherite deindustrialisation three decades ago, also has a Conservative representative. To say each isn't traditional Tory territory would be a considerable understatement. Scottish Conservatives even have their first ever councillor in the Western Isles.

Scottish Labour, a party that used to weigh its vote in town halls across Scotland, particularly in the West, did predictably badly, now finding itself where the Scottish Tories once languished, unloved and increasingly irrelevant. The Liberal Democrats, like the SNP, held steady, while the Scottish Greens will be pleased with modest gains.

In other words, the realignment of Scottish politics continues. It would be nice to believe that Thursday's election was a series of local referendums on local services rendered (or not), but it would be a fantasy: this was a national election fought on national issues, and those issues revolved around the prospect of another independence referendum.

Indeed, as soon as Theresa May called a snap general election for June 8th the Scottish Conservative party simply rolled two campaigns into one. 'We said no,' declared posters featuring Ruth Davidson's face, 'we meant it.' That clearly resonated with Unionist (rather than just Tory) voters, just as Nicola Sturgeon's anti-Tory, pro-referendum message played well with her own core support.

Each took from the results what you'd expect them to. The first minister said it showed the only party that could possibly 'stand up' to the Tories were the SNP, and Ms Davidson said it demonstrated the only party that could 'stand up' to the SNP were the Scottish Conservatives. Sturgeon believes the results provide an 'excellent springboard' for the general election, and Davidson thinks it means she can 'lead Scotland’s fight back' at the same contest.

And this is where we'll be until June 8th and most likely for some time after that, two entrenched camps – unionist and nationalist – shouting at one another about the constitution. And although the SNP will certainly 'win' the general election in Scotland, just as they have the local government elections, they now have cause for concern. Not only is the Tory revival real (some Nationalists appeared to be in denial about that), but if some of the swings on Thursday are replicated in Westminster constituencies next month then the SNP could lose some senior figures.

In Perth and North Perthshire, for example, the Conservatives need a nine percent swing to unseat Scottish affairs select committee chairman Pete Wishart, and they managed almost 13% in parts of his constituency. Similarly, given the respective SNP and Conservative vote shares in Moray (31.6% to 36.1%), home to Angus Robertson, the party's Westminster leader could also be in trouble.

But then Tories should beware of making their own mistakes when it comes to expectation management. Ruth Davidson has confidently, perhaps over-confidently, set Mr Robertson in her sights, but next month's election will be fought under first past the post rather than the single transferable vote, and that works against the Conservatives even with large swings. They could, to be sure, cut several mighty SNP majorities down to size, and still not win.

Nevertheless, the local government elections confirm that political momentum, remarkably, is with the Scottish Conservatives. In retrospect, Nicola Sturgeon pushing for a second independence referendum when she did has turned out to be an absolute gift for her bitterest foes.