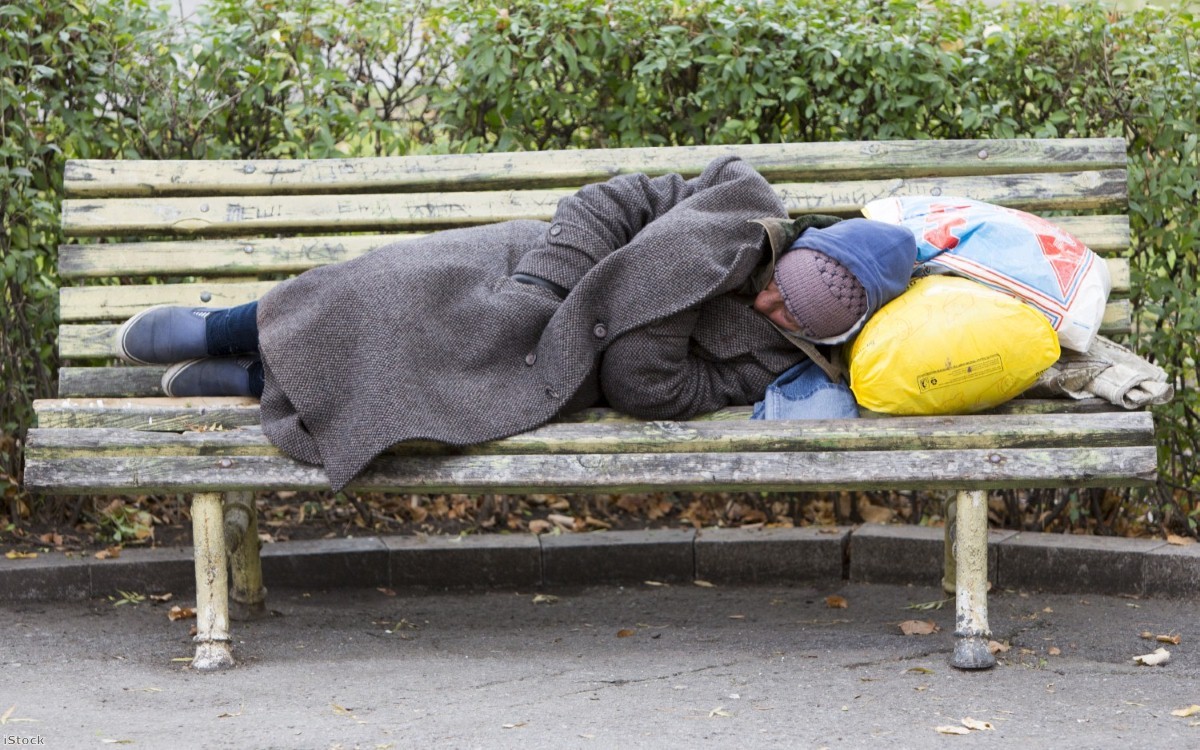 Leading homeless charities have been criticised after fresh revelations about their links to the Home Office emerged yesterday.

A report from Corporate Watch claims that several homeless charities, including St Mungo's and Thames Reach, are "collaborating" with the Home Office to remove foreign rough sleepers from the UK.

Among the documents referred to in the Corporate Watch report is what appears to be a St Mungo's policy paper stating that if clients are not engaging with their service their details will be "passed on" to immigration enforcement teams by outreach workers.

It comes after Politics.co.uk first revealed last September that charities were accused of being 'complicit' with the deportations of rough sleepers.

"It had become abundantly clear that theirs was more than a close collaboration between homelessness agencies and the Home Office. Since 2010, I raised this several times to no avail. This is an issue of trust and confidence and if homeless people on the street cannot trust those that claim to be coming to  assist them, then the meaning of charity needs a serious rethink."

The housing workers branch of Unite says its members have been concerned for some time that homeless organisations have become "increasingly compliant agencies of government policy" and are sometimes "failing to speak out" on behalf of homeless people. In a blog post on their website, branch chair Paul Kershaw said:

"It is vital to this work that homelessness agencies do not undermine outreach work through any blurring of the line between their outreach staff and enforcement agencies or through breaches of confidentiality."

"We do not give information to the Home Office unless we are engaged to act on behalf of clients on their individual cases to support around refugee, asylum and other status – to support them to reconnect to their home countries."

But in a response to a recent freedom of Information request from campaign groups NELMA and HASL, Islington council said:

"St Mungo’s would assess any rough sleeper met in the borough. If there was a query over their immigration status they would refer to our in-house legal team for advice. If that offer was not taken up and they did not engage with our service St Mungo's would then refer to ICE/Home Office. Any EEA national not exercising their treaty rights would be offered a supported reconnection and referred to Specialist team in-house. If the reconnected was refused and there was no engagement with the St Mungo’s service they would be referred to ICE/Home Office"

Campaigners took to social media this morning to call on the charities to stop the practice.

The Human Rights organisation Liberty has also spoken out on the issue. Director, Martha Spurrier said:

"Using homeless charities to spy on the homeless is a new low, even for a government bent on bringing border controls into every corner of our lives. Turning unaccountable citizens into immigration officers can only lead to racial profiling, discrimination and alienation, raising tensions in already divided communities. If the Home Office genuinely wants to rise to the post-Brexit challenge, it must end this toxic 'border on every street' policy."

"We do not share information about people to the Home Office, except when an individual has given their consent, or in situations where people are at risk. We think leaving a vulnerable person to die on the streets is unacceptable. The average age of death of someone who’s been homeless is 47, for women 43. People not from the UK may not have entitlements to any benefits. This can result in complex situations for them with no access to housing or support services, which in turn results in long term rough sleeping which is harmful and dangerous.

"Our outreach teams are commissioned by local authorities. If they are working with non UK nationals sleeping rough they would first ensure that people understand their rights and entitlements, including, where feasible, assistance to take up options in the UK like work and housing. If the person is vulnerable, teams would look to offer appropriate support in the UK where that is an option, or in the person’s home country where this is not an option.

"We are reviewing our approach across our outreach teams to ensure that we are operating to good practice in every area."

"We know that rough sleeping is dangerous and can kill.  At least 83 verified rough sleepers died last year in London. Where it is needed, we make sure that vulnerable people get the support they need to make a successful return home, and get the help they need when they get there."