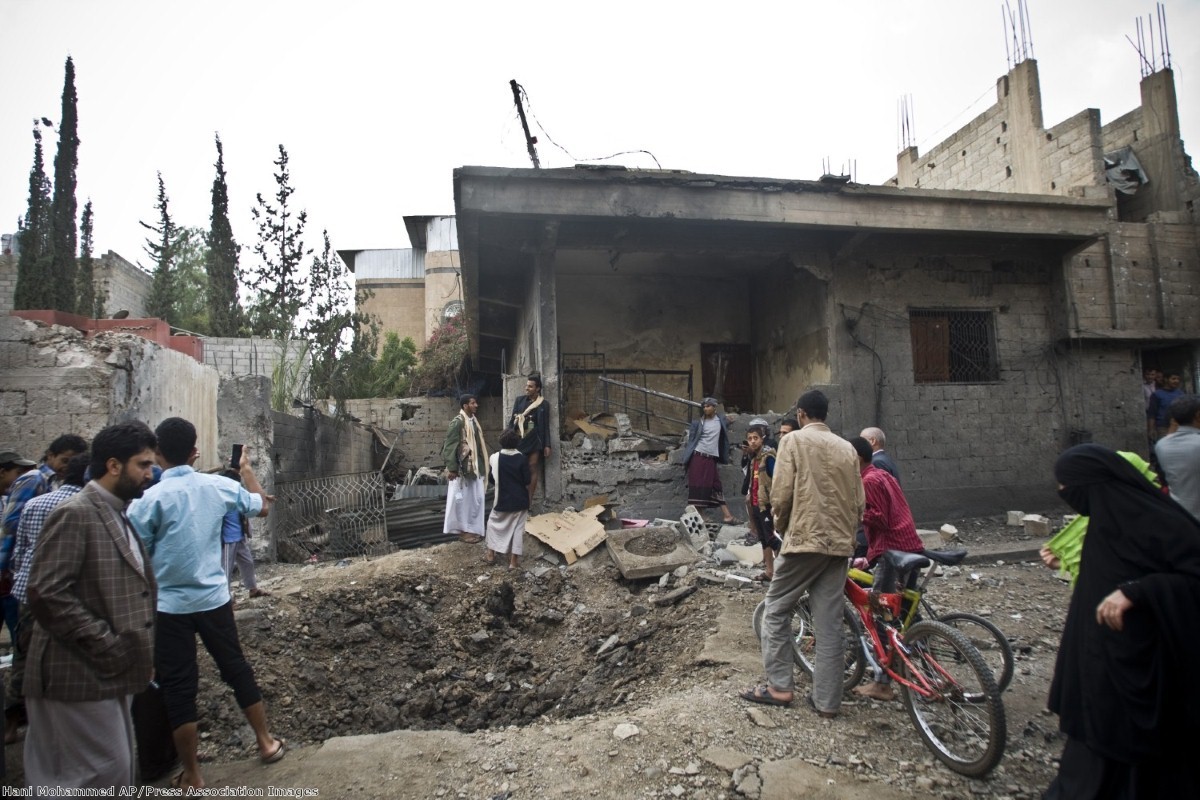 The admission by the UK government that the Saudi-led coalition used UK-made BL-755 cluster munitions during the armed conflict in Yemen, comes months after Amnesty International and British media outlets reported that these weapons had been used in the country.

Unexploded remnants of cluster munitions have proved deadly for Yemenis, killing or injuring at least 85 civilians, including children. After 20 months of war, the British government has finally raised the issue with Saudi Arabia, which responded by vowing to stop using this particular weapon in its ongoing Yemen campaign. But the UK's mea culpa doesn't go far enough, especially as UK officials deny another, much larger accusation – the sale of other weapons, including precision-guided munitions, which the Saudis and their allies have used in unlawful strikes against civilians and civilian structures in Yemen.

Since March 2015, the UK has approved £3.3 billion in military sales to Saudi Arabia, according to the London-based Campaign Against Arms Trade. Yet in November, the UK Foreign and Commonwealth Office concluded, despite considerable evidence to the contrary, that there was no "clear risk" of serious Saudi breaches of international humanitarian law in Yemen.

The US government has recently halted a sale of precision munition guidance systems to Saudi Arabia because it saw "systemic, endemic problems in Saudi Arabia's targeting." Why are UK officials not prepared to do the same?

Over the course of the war, Human Rights Watch has documented numerous coalition strikes that destroyed homes, markets, schools, civilian factories, and hospitals. During my own most recent trip, I visited a village water drilling site and a prison, both targeted with US-made precision-guided weapons.

Human Rights Watch has also documented how the coalition used US-supplied weapons in some of the war's deadliest strikes, including the horrific October bombing of a funeral hall that killed more than 99 civilians, and a midday strike on a market in Mastaba that killed at least 97 civilians.

Last week, the SNP's leader at Westminster, Angus Robertson, questioned Theresa May on Saudi arms sales and the Yemen conflict, asking her: "What will it take for the UK to adopt an ethical foreign policy when it comes to Yemen?" May responded by saying that when breaches of international humanitarian law are alleged, "we require those to be properly investigated." But Human Rights Watch, Amnesty International, and numerous media outlets have not only provided evidence of such violations, in some cases personally delivering information to key ministers, but also linked some of these attacks to UK weapons. Cluster munitions are important, but only a small part of the alleged violations.

So where do the other "required" investigations stand? May and her government will have an increasingly tough time deflecting such questions and avoiding serious scrutiny.

Earlier this month, two Parliamentary committees wrote to foreign secretary Boris Johnson requesting an urgent review of the government's position on arms sales to Saudi Arabia, and an immediate suspension of arms sales, pending a fully independent investigation of possible war crimes. This cannot come soon enough for the Yemeni civilians who have already suffered so much.

Priyanka Motaparthy is a senior researcher in the Emergencies Division at Human Rights Watch. Follow her on Twitter @priyanica