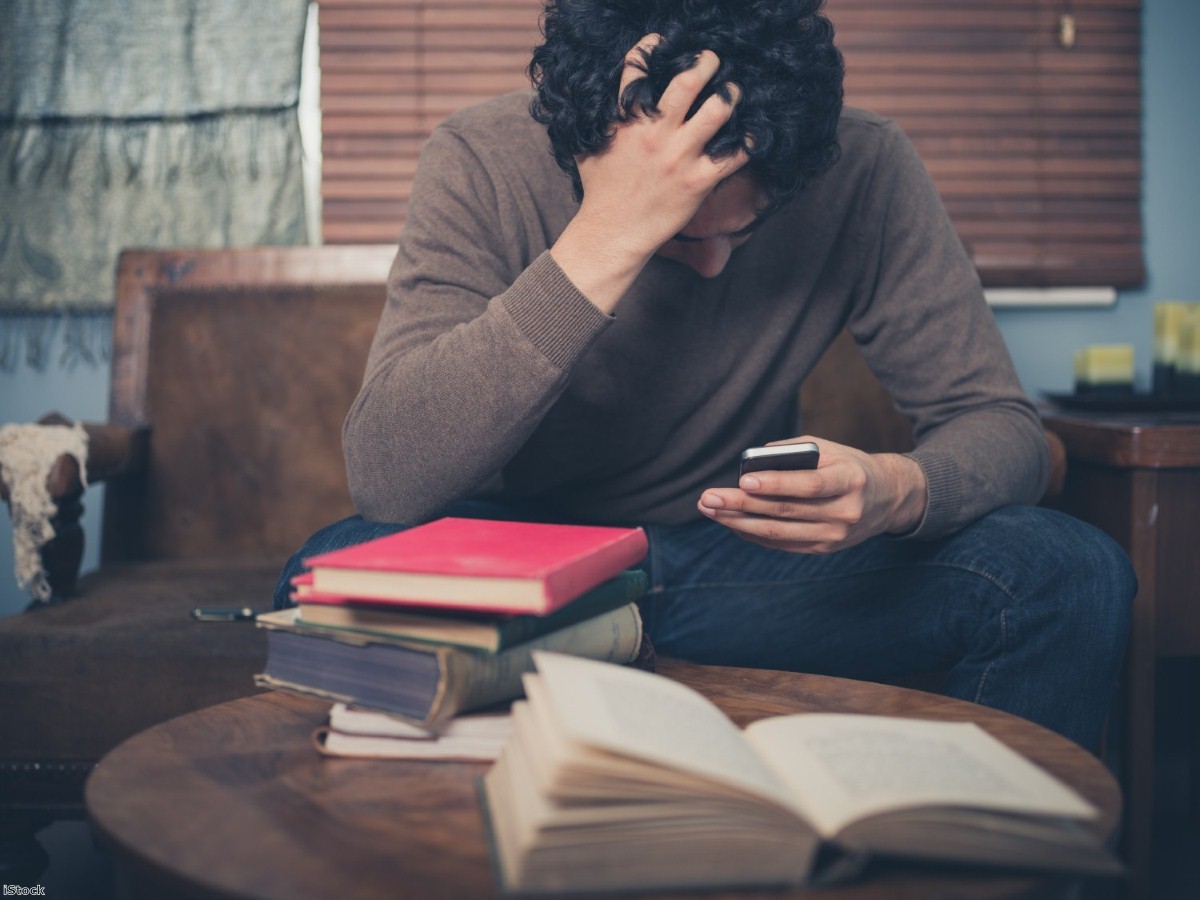 Language barriers are making asylum seekers suffer all over again

Wisdom, a young man in his early 20s, has just won a scholarship to take up a month-long course in webpage coding. There is, however, no sign of joy on his face. For the last three years he has been chasing this dream but he is now on the verge of giving up altogether. Every time he has come close to the finishing line, he has been pulled back. Wisdom wanted to be a mechanical engineer. He got an admission offer from University of West England but had to defer his admission twice. Wisdom is an asylum seeker from Nigeria and his asylum application is still pending.

"I came to this country as a dependent in 2013. My father's life was under threat. It indirectly involved all my family members. I applied for asylum jointly with my father. The original evidence was my father's," says Wisdom, who in 2014 was told he had to make a separate application as his father's had been rejected. He was at the time studying in a school, but was detained by the police when his father's application was rejected. "I got detained two weeks before my A-level exams. It affected my performance. Later, I was released as my lawyer intervened. I had to make a fresh application for asylum on my own."

Despite some disappointing results in his A-levels, he got a chance to study engineering. But he was detained again for 99 days in 2015 for not applying properly. Allegedly the police had lost his earlier application files. "I was supposed to enrol for the university when I was taken under detention. So I called the university and got my admission deferred by a year." He was hoping for things to get better by next year.

Wisdom's case has not been resolved and he had to defer his application again in 2016. Otherwise he would have to pay the tuition fee as an international student. The fees for most courses for overseas students is double that of domestic students.

Most asylum seekers who want to pursue higher education in the UK simply cannot do so because they have an uncertain and undefined life and like Wisdom they cannot afford the fees. They are considered to be home students only after getting refugee status.

However, education is important for an asylum seeker who wants a secure life in the UK. Chloe Marong, who has worked with asylum seekers and refugees for several years in Cardiff explains that lack of higher education and inability to match the UK qualification standards reduces their chances of getting employed once they receive refugee status and are allowed to work. For the first 12 months since their arrival, asylum seekers are not allowed to work unless they get refugee status.  "People can't necessarily use their pre-existing skills and qualifications here. Someone who is a doctor back home might end up being a delivery boy. It's like downgrading their status," she says.

There are many reasons why asylum seekers fail to use their university degrees. In the case of Wisdom, uncertainty and lack of funds have disrupted his ambition. However, while he didn't have a problem with English, language is typically the first barrier for most asylum seekers and refugees when they arrive in the UK or want to take up further education.

Sabir is a Syrian refugee who fled his country after the war broke out. "I have a degree in law from Damuscus University," he says. "When the war broke out, I stopped studying and went to Lebanon. I worked as a salesman in a garment shop. Lebanese people don't like Syrians. I couldn't stay there for long and came to the UK by bribing the smugglers. I wanted to go to the university here. But my English is not good."

His wait for refugee status has continued for the last two years. Now he is working as a pizza delivery boy. "I get a call from them when they need extra people to work for them," says Sabir.

He has almost forgotten that he has a law degree. "My qualification won't work here as long as I can't improve my language and I get refugee status," he says. "I don't mind keeping myself engaged by taking up a temporary job which doesn't need much talking.”

It is difficult for Sabir to continue his studies or make use of his skills without improving his English. The UK government recognises this hurdle and for all practical communication purposes the Home Office has made English language training, English for Speakers of Other Languages (ESOL) course, almost an integral part of the 'welcome kit' for the asylum seekers arriving in the UK.

Language skills or no language skills, de-skilling is something almost all the asylum seekers have to do once they enter the UK. Bevin Magama, who came to this country in early 2000, used to work in Zimbabwean Air Force as an air-surveyor. He sought asylum in the UK as his life was under threat in Zimbabwe. During that time there were not many restrictions for asylum seekers to work. The first job after arriving in the UK he took was as a train cleaner.

"Sometimes you had to disregard the fact that I got a degree and in my country I was this and that,” says Magama. "You are like a new month. When you start your life as an asylum seeker, you are born again my friend."

Magama's language was not a problem, but he could not pursue his skills here as an asylum seeker. Now he has got refugee status and he works as a story-teller. He had a long and hard journey to settle himself.

"I am truly exploiting my capabilities now. I am on the right path of self-actualisation. I have worked hard in building networks towards getting myself integrated through this system," he says.

The universities and employers do not compromise on the English language requirement. Some universities do offer language training but at a cost which the asylum seekers cannot afford with their meagre £35 allowance per week. Charities and some colleges teach asylum seekers English for communication, but they don't hold any training for International English Language Testing System (IELTS). A high IELTS score is a must to gain entry into any educational institution in the UK for the international students.

Wisdom cannot study further as he does not have the money and his asylum application is entangled in legalities. Sabir does not have the required English language qualification. Considering the challenges in accessing higher education, some universities in the UK are coming forward to help the asylum seekers and offering scholarship for the deserving asylum seekers.

For example, recently Bristol University has floated Sanctuary Scholarship which will cover the tuition fees and provide over £14,000 to each student towards their accommodation and living expenses. The scholarship will also cover any fees related to English language training or foundation courses the students need to take up. "I believe education is one of the greatest ways to allow the asylum seekers to integrate into the country," says Katie Bales, a lecturer in Bristol University and a pioneer in the campaign for Sanctuary Scholarship. "They should be given the opportunity. They have come to this country and they deserve everything that we have."

Despite these positive efforts, the situation is not always conducive to encouraging the asylum seekers to go for higher education. "The problem is if they start their university education, they may be moved to another city or may be refused asylum and then it's a waste of time and resources. So they wait until they get refugee status," says Reynette Roberts, founder of Oasis, a charity working for asylum seekers.

Her view is supported by Yasir, an Eritrean refugee who is now pursuing an undergraduate degree in bio-medical sciences in York University. He was lucky to get admission to an Access to Science diploma course when he was waiting for the Home Office to decide on his asylum application.

"I came here in 2008. I had to wait for five years to get a refugee status. I was lucky as I was young. I managed to learn English fast," recollects Yasir. "I had done an Access to Science course and scored good marks. After I got the refugee status I took a loan, like a British student, to pursue my undergraduate course."

However, Yasir is not in favour of encouraging asylum seekers to pursue higher education in the first place. He says: "Forget education, think of their mental condition, how traumatised the asylum seekers are after their tough journey. The only thing on their mind is to carry on with life.

"From my experience, I can say their first priority is to get legally accepted in this country. That makes a difference. If this person is not protected and respected then what will his education do?

"No one comes here to study or work. They come here to ensure they are safe and secure and away from the threat they face in their home country."

Wisdom symbolises the state of mind which Yasir is pointing to. Wisdom's unstable life doesn't let him enjoy anything, not even the news of him winning the scholarship. He sits with his head bowed and keeps looking at the scholarship offer. He is trying to motivate himself.

"I don't think I can study engineering anymore. It's better if they give scholarship like this for some vocational training that may help to get a job once I get refugee status. Otherwise we will have to depend on government benefits," says Wisdom.

And then he reminds himself of the harsh realities. "I have no status in this country. I have none in my home country. I have nowhere to go. I wanted a secure life. Now, I am in a limbo," he says. "You know I am still trying to recover from the experience at the detention centre."

Frustration is evident in Wisdom's voice. And across the country many dreams like his are being crushed every day.

Sambit Pal is an independent journalist from India. He was on a sabbatical studying International Journalism in Cardiff University and recently finished a journalistic dissertation on "Economic Integration of Asylum Seekers and Refugees: Challenges and Fallout of Policy Approach in the UK". You can follow him on Twitter here.