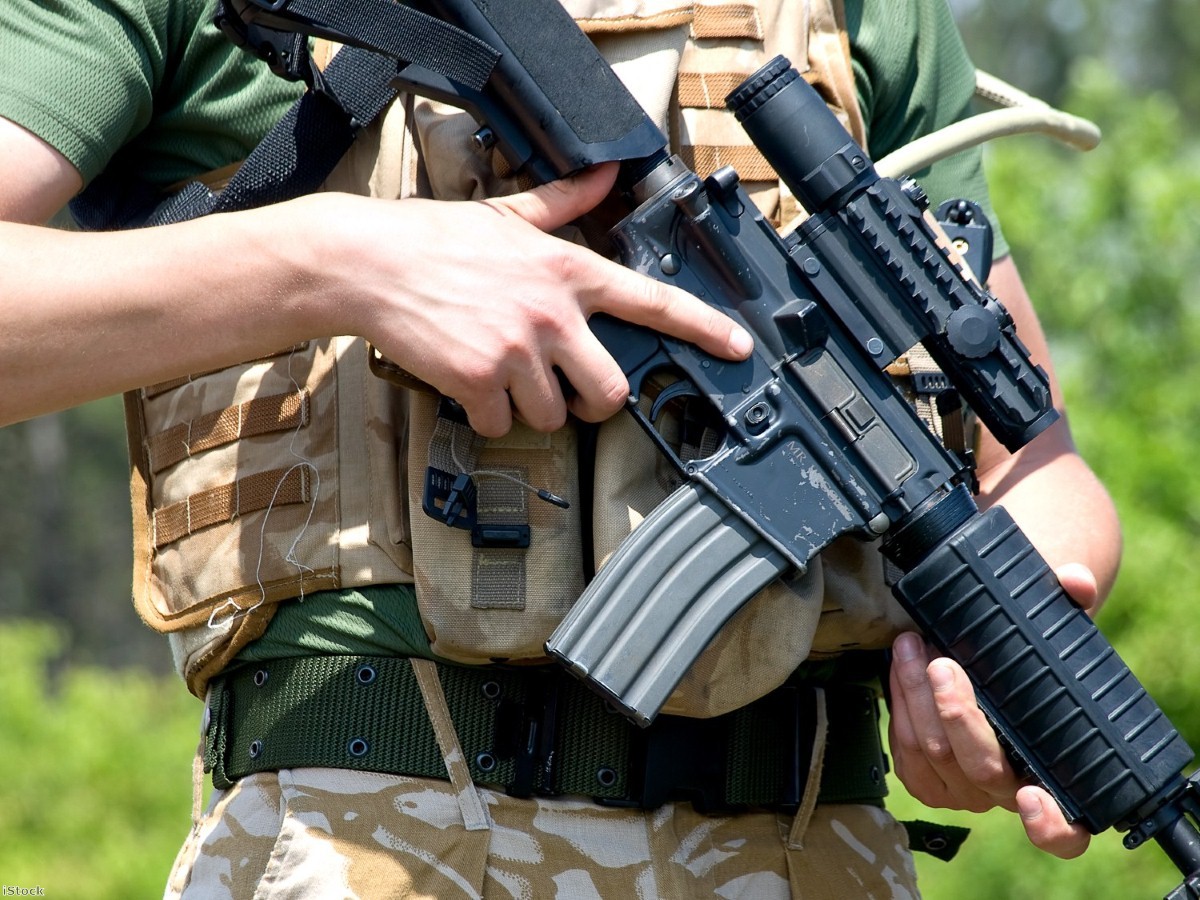 British soldiers shouldn’t be above the law

The government's plan to opt out of the European Convention of Human Rights during future wars was received well at the Conservative party conference yesterday. There have been noises about this proposal for some time, but what does it actually mean?

Well, what it doesn't mean is that there are no longer any legal obligations on how our troops can behave. No legal manoeuvring means the UK can avoid its obligations to make sure soldiers operating abroad don't carry out human rights abuses such as torture. Our armed forces do a hard and dangerous job, but that doesn't mean they are or should be above the law. As the government well knows, it has an obligation to ensure that credible allegations of serious abuse carried out by members of its own armed forces are properly investigated.

Suggesting that we should automatically derogate from our human rights obligations whenever the military operates indicates the government doesn't understand that they would also be taking rights away from soldiers. There have been several cases where soldiers have themselves relied on human rights protections to challenge the way they were being treated, including the provision of inadequate kit.

Our armed forces do a hard & dangerous job, but that doesn't mean they are or should be above the law. #ECHR https://t.co/LdXZZCbl3P

Instead of reducing accountability in anticipation of things going wrong, it's absolutely vital that all members of the armed forces are given the right training and support to prevent abuses occurring in the first place. Surely that's the preferable option. Tragically, we know from cases like that of the Basra hotel receptionist Baha Mousa, who was tortured to death, that training systems fell short and UK troops carried out acts of cruelty and abuse which the normal military justice system could not address. As former military lawyer Nicholas Mercer points out in the Guardian this week, contrary to the spin there are a vast number of legitimate cases involving torture which merit and warrant proper investigation.

Rather than try to brush these under the carpet, it's vital the government takes steps to get to the bottom of any systemic issues. This includes looking at what went wrong and how to stop it happening again.

We often hear that the British armed forces are among the best in the world. Surely it's not beyond the capability of those leading our military to ensure that our training and investigation systems are also some of the best in the world. Rather than plotting how to derogate from the law and navigate around it, the focus should be on investing in training so that everyone operates within it.

Allan Hogarth is the head of advocacy at Amnesty