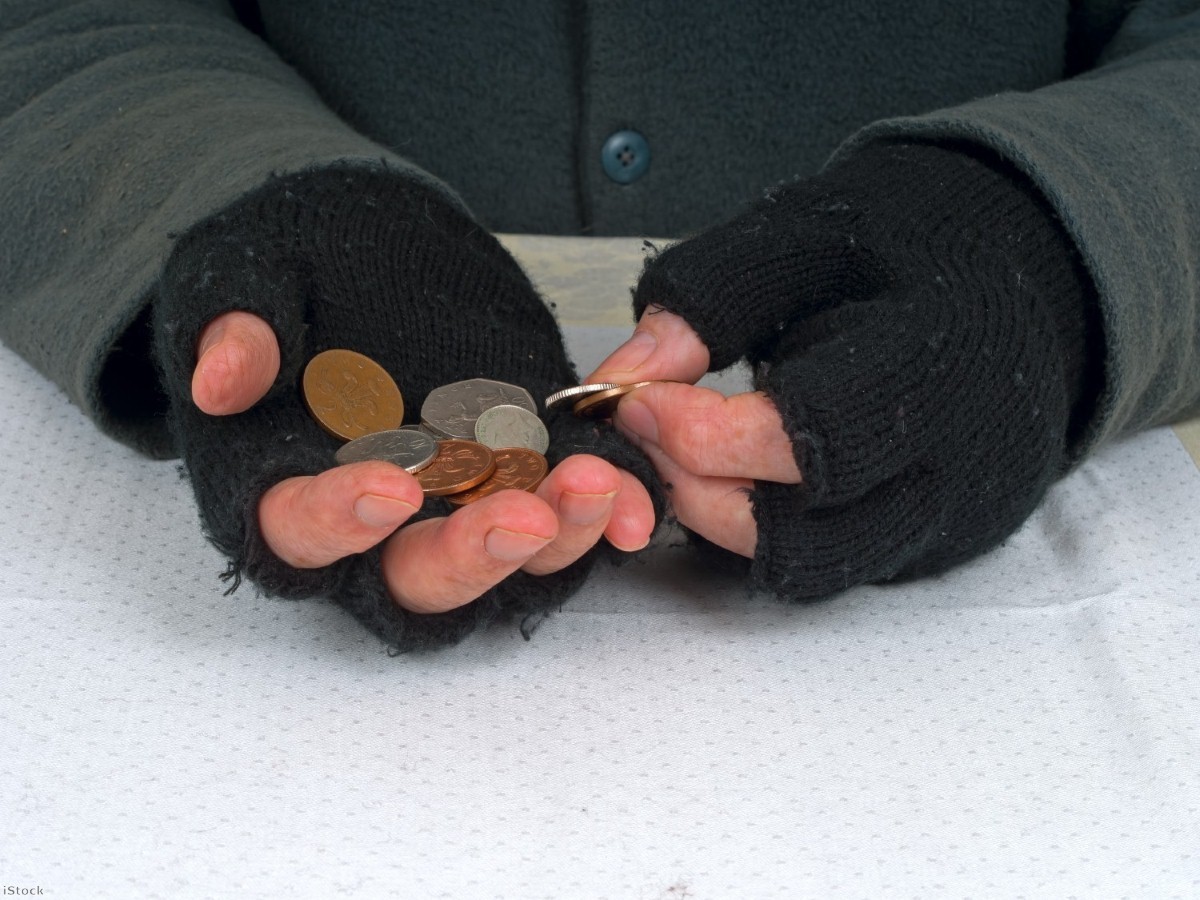 It's impossible to know the full extent of emergency food aid across the UK because there is no national measure. There's data from the Trussel Trust network of foodbanks, but almost nothing from the many independent ones. In response to a Freedom of Information request in 2013, the Department for Work and Pensions (DWP) said: "The government does not monitor the use of food banks and has no plans to do so." In March 2015, they confirmed that this remains its position. Nor does the government collect data on people living with food insecurity in the UK, despite repeated calls to do so.

But even without comprehensive data, the very existence of foodbanks poses a troubling question: why, in one of the world's richest societies – and in a country that prides itself in having welfare provision designed to care for its citizens from cradle to grave – are so many people going hungry? My new book 'Hunger Pains: life inside foodbank Britain' chronicles my 18 months as a researcher and volunteer inside a Trussell Trust foodbank in North East England, finding out why people need to turn to charity for food.

One consistent feature of the government's rhetoric on this issue is a denial of any links between foodbank use and welfare reforms. Their explanations for rising use have focused upon stereotypical views of foodbank users' behaviour, specifically poor financial management, smoking, alcohol and drug use (and presumably tattoos, Sky TV, and dogs). In 2013, the Tory minister Lord Freud suggested use was rising simply because more foodbanks were there. To Freud and many of his peers, a visit to the foodbank is seen as a sign that 'poor choices' have been made and money has not been spent wisely.

"Well I'm a smoker myself but I use rolling tobacco, I don’t smoke indoors and it costs me £8 a fortnight for me and Kev to smoke," Naomi, who was referred to the foodbank by her GP, told me. She had been receiving ESA and DLA for five years due to her arthritis, Irritable Bowel Syndrome, depression, and anxiety. "It’s got nothing to do with smoking, I dunno how they can use that as an excuse, they are trying to blame certain things as an excuse and it's not"

The idea that foodbank use is driven by bad choices and faulty lifestyles has been universally refuted by the foodbank community. They argue that the biggest drivers of food insecurity are actually government policies. Punitive benefits sanctions, lengthy benefits delays, welfare cuts such as the 'bedroom tax' and the benefit cap, and the gaping holes emerging in the welfare safety net have all increased the usage of foodbanks.

Weeks ahead of the 2015 general election, the Trussell Trust were accused of presenting 'misleading' statistics in their press release titled 'Foodbank use tops one million for the first time'. A media frenzy about the statistics followed. The Spectator implied the Trussell Trust was misleading the public and accused them of "playing fast and loose between the numbers of people using food banks, and the numbers of vouchers being handed out". In all of this hype and media commotion, the voices of the people actually using foodbanks was notable by their absence.

"The government are so far removed with what's going on in the real world," Simon, a foodbank user and volunteer said. "They hear about it but they don't feel it. Politicians don't know what we go through, what real life is like for real people. They don't know what it's like."

Too often the discussion has drifted towards the two polarised political arguments. But the realities driving foodbank use are much more complicated. Making sweeping generalisations about causes does not do justice to the complexity of individual circumstances that lead to a foodbank referral. For the users and volunteers I met, this contributes to a wider feeling of not being listened to by politicians, who largely have no real idea of what life is like for those living in poverty.

Calling the problem 'hunger' can risk obscuring the structural factors which provoke it – cuts to social security, access to employment, poor housing, oppressive debt – and enables charitable response to dominate. But focusing on 'emergency food aid' itself becomes too political. It sparks disputes over the number of users, and continual denials from ministers about the role of austerity in the relentless growth of foodbanks.

Questioning the need for foodbanks only fuels the artificial idea that anyone who doesn't have enough income for food, or rent, or gas and electricity, or a school uniform for the kids, are themselves to blame.

More often than not, welfare sanctions are the most commonly cited reason for foodbank referral, despite ministers' protestations. But the picture is much more complex than that. It's about insecure, low paid work and the debts that build up because an ESA appeal has taken far too long. On top of this are health problems, especially mental health issues, which can make even getting up in the morning an almost insurmountable task.

What we need to focus on is quite simple. First we must listen to the voices of people using foodbanks so that can we understand who they are, why they do so and what it feels like. Only then we can start to do something about it.

Kayleigh Garthwaite is a researcher at Durham University. You can purchase Hunger Pains: Life inside Foodbank Britain (Policy Press 2016) here.