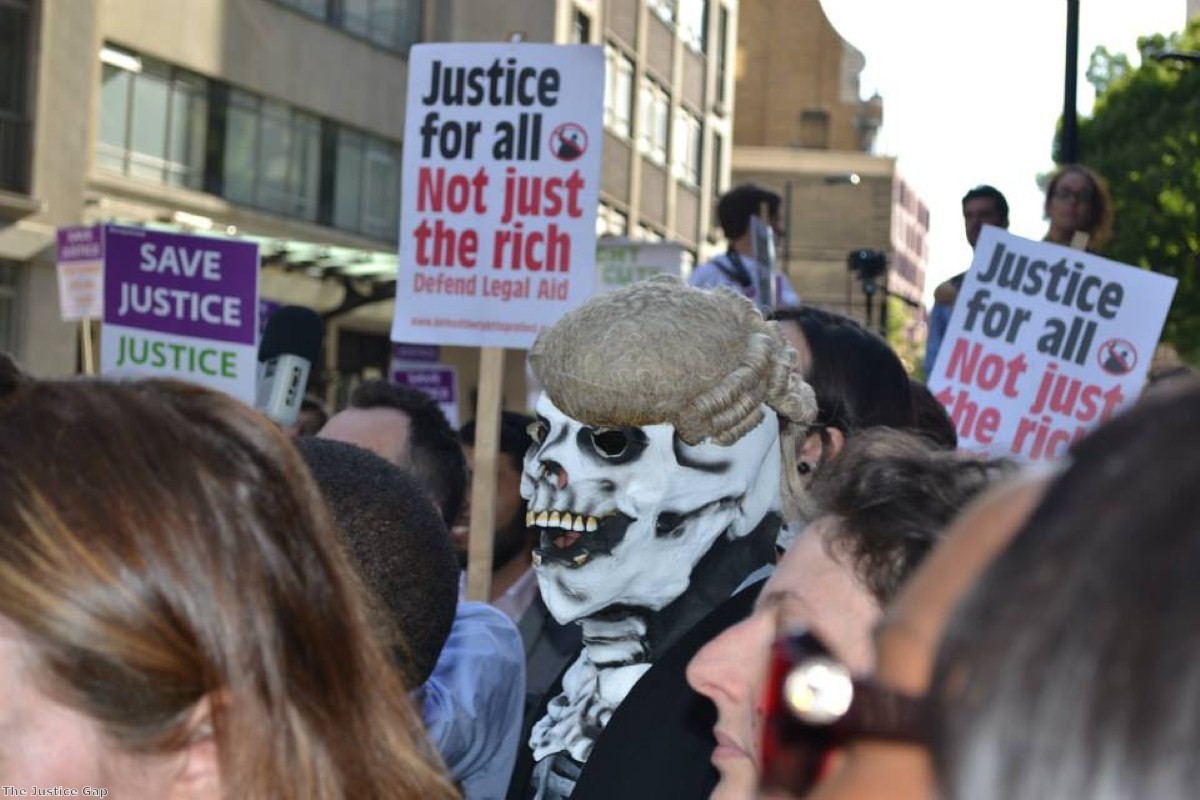 "I genuinely believe access to justice is the hallmark of a civilised society." These were the rousing words that in 2010, the then justice secretary Ken Clarke used to introduce the coalition government's legal aid reforms. Three years on, it seems a good time to look at their impact.

The effects of the reforms contained within the Legal Aid Sentencing and Punishment of Offenders Act (LASPO) have been even more devastating than first feared. It represents by far the greatest retreat of the legal aid scheme since it was introduced in 1949. In April 2013, the government cut £350m from the relatively small £2.2bn budget, lopping off entire areas of law. The bits that were removed included most of what is known as 'social welfare law' – that is advice on welfare benefits, employment, housing (except homeless cases), immigration (except asylum) and family (except in cases of domestic violence).

The latest statistics from the Ministry of Justice (MoJ) show the extent of the devastation: state-funded advice through the 'help scheme' is one third of the pre-LASPO levels, and representation before a court or tribunal around two-thirds of what it was.

Not only that, but in this time of austerity – and in the middle of a housing crisis – what remains of publicly funded legal advice is vanishing. According to the MoJ figures, there were 11% fewer housing cases compared to the same quarter the previous year, and cases for the duty solicitor scheme in county courts are down 21% year on year.

A double whammy of local authority cuts and the LASPO reforms means that the threadbare network of advice agencies is unraveling at an alarming rate.  Vulnerable people looking for help have few places to turn other than the Citizens Advice Bureaux and their MPs. Eleven law centres have been forced to close since 2013. And on average, law centres have lost 40% of their income (including a 60% cut to their legal aid revenue).

You have to ask yourself what Ken Clarke might have done to the legal aid system if he wasn't of the apparently sincerely held conviction that 'access to justice' was so vital.

At the time LASPO was going through parliament, I launched The Justice Gap, an online magazine run by journalists about the law and justice. The first article that appeared on the site was headlined: "'Access to justice': what the @%!? does that mean?" In light of Ken Clarke’s declaration, we asked human rights lawyers, academics and commentators whether they thought the phrase was useful anymore or whether, having become so devalued, it should just be junked.

"Access to justice is a much broader concept than access to the courts and litigation,' Michael Mansfield QC told us. "It encompasses a recognition that everyone is entitled to the protection of the law and that rights are meaningless unless they can be enforced. It is about protecting ordinary and vulnerable people and solving their problems."

We are now raising funds to tell the story of legal aid and explore what 'access to justice' really means. Our one-off publication is aimed at kick-starting a debate about what has been called 'the forgotten pillar of the welfare state'. This is a collaborative project and we are working with the Justice Alliance, a wide coalition of lawyers, professionals working in the advice sector, community groups, trade unionists and campaigners. Having seen the civil legal aid scheme butchered with little attempt to win over the hearts and minds of the British public, the Justice Alliance sprang into life. It was conceived by a younger generation of lawyers who have their careers before them and who recognise the urgent need to reframe the access to justice debate.

At the end of this three year campaign, the present Lord Chancellor Michael Gove dropped reforms that would have devastated the criminal defence sector and left many ordinary people without proper, meaningful access to justice. At the start of the year, the government was forced to abandon plans to foist a tendering model which would have seen hundreds of firms go to the wall, as well as the imposition of a second 8.75% fee cut.

The point of the Justice Alliance is to seek common cause with a broad constituency of concern, not just lawyers. 'These legal aid proposals are part of the larger assault on essential parts of the welfare state,' they say.

As a nation, we instinctively 'get' schools and hospitals but the issues around law and justice can often seem technical, abstract and – fair or otherwise – shrouded by a suspicion that it's all about professional self interest.

It took 27 years for the Hillsborough families to secure some measure of justice when the jury at the Warrington inquests last month returned their verdict that the 96 fans who died on April 15 1989 were 'unlawfully killed'. People are often shocked to discover that legal aid is generally not available at an inquest – hence the understandable outrage this week over the decision not to allow legal aid for the parents of Zane Gbangbola who believe their son died as a result of cyanide gas leaking from a landfill site near their flooded home. The official reason that there is no state funding is because – in the anodyne words of the Legal Aid Agency – the process 'is a relatively informal inquisitorial process, rather than an adversarial one'.

In Warrington, the families did have proper legally aided representation. But it was not like that the first time around. For the first inquest, Trevor Hicks, whose two daughters were among the dead, asked 42 grieving families to pitch in £3,000 each for a barrister. At a meeting of MPs last month, Margaret Aspinall, the chairwoman of the Hillsborough Family Support Group, who lost her son James, read out the letter she received offering her £1,226.35 compensation.

"I would have loved to have told them to shove that cheque where the sun don't shine. But we had to raise £150,000 to get a barrister. So I took it," she said. "Then I got to the inquests and saw the police had 10 barristers, paid by the state, against our one."

Everyone should have access to justice, few would argue with that. But the truth is that LASPO cuts ripped the heart out of our system of publicly-funded legal advice and very few people seemed to notice. We urgently need to explain why legal aid matters and why we need to fight for proper, meaningful access to justice.

Jon Robins is a freelance journalist and the editor of The Justice Gap. The Justice Alliance and Justice Gap are putting together a one-off publication telling the definitive story of legal aid. You can help them do that here.