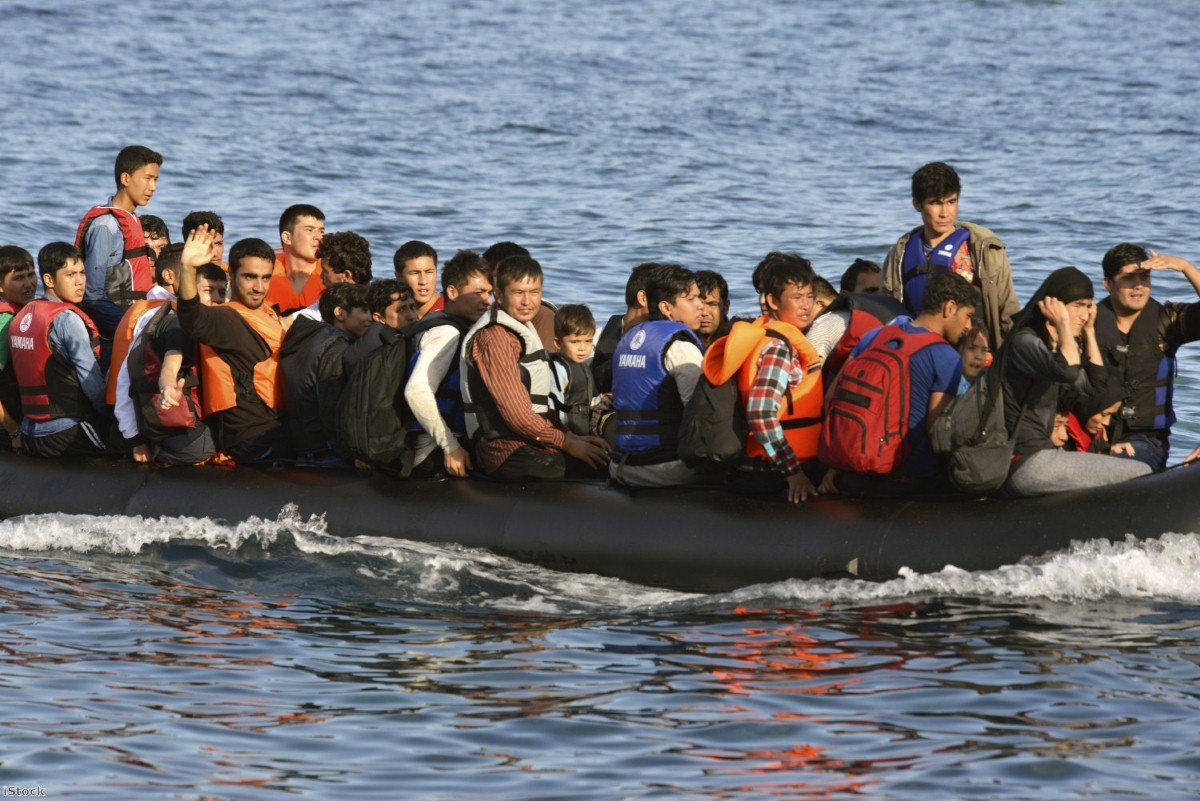 The myths that are preventing us from solving the refugee crisis

The preventable deaths of another 400 people in the Mediterranean on Monday morning must be a wake-­up call. The British and European approach to the migrant and refugee humanitarian crisis simply isn't working.

For all of the outcry we've seen in the past six months over the plight of refugees desperately attempting to cross to Europe, for all of the high-­level summits and meetings between European leaders, and for all of the billions that have been thrown into border control operations, no credible solution has yet been found to prevent the ongoing tragic deaths at sea.

In a smaller version of what is going on in the Mediterranean, we in the UK regularly hear horrific reports of the corpses of migrants and refugees being discovered frozen in refrigerated trucks or suffocated in lorries in Kent. Human beings who may have survived an initial Mediterranean crossing, dying in their attempts to cross to England from their squalid camps in Calais.

So why have the attempted solutions – expensive and politically wrought border control agreements, aimed at saving human lives by preventing and discouraging these dangerous journeys – so comprehensively failed?

Because they are based on several fundamental myths and failures of logic. Let's go through them one by one.

Myth one: "The smugglers are to blame"

Smugglers are the symptom, rather than the cause of the refugee crisis. As long as borders are closed and people are desperate to leave, there will always be a lucrative business model for human smuggling. Rather than reduce this trade, our efforts to curb smuggling thus far have almost certainly only empowered smugglers, and made them richer. History has shown that when we crack down on one popular smuggling route, smugglers, who move flexibly and without the constraints of bureaucracy, simply start using alternative, often more dangerous routes. It used to be that refugees crossed the land border from Turkey to Greece. The Greeks built a fence along that border and increased surveillance at vast expense. Since then the route has merely shifted to the Mediterranean, with the resulting increase in deaths.

With our new focus on preventing refugee journeys from Turkey to the islands, the likelihood is that activity will shift again to the yet more dangerous central Mediterranean route. The only way to put smugglers out of business, and prevent further deaths, is to provide alternative routes for their clients.

There has been lots of discussion about the 'pull ­factors' for refugees. But in reality the only pull factor that exists is the fact that Europe is a relatively rich, stable, safe and peaceful region. Human beings in Europe are protected from torture and war, guaranteed basic human rights and have recourse to independent courts if those rights are denied.

The only way to eliminate these "pull­ factors" would be to deliberately worsen conditions for all European citizens. This would be absurd.  Instead we should concentrate on the 'push factors'. Look at asylum seekers' countries of origin and they follow a predictable pattern: where there is war, brutal repression and large scale human rights abuses with impunity, people will inevitably flee.

Currently, Syrians make up the largest group of asylum seekers in Europe. In the UK, Eritrea, Iran and Sudan are also key countries of origin. People from these countries are pushed to seek protection abroad because their lives and freedoms are at serious risk where they live. It is absurd to suggest that someone at risk of arbitrary incarceration and torture would stay put if only we cut asylum seeker benefits.

Myth three: "We can keep refugees away by funding camps in the region"

Over 85% of people who flee their country because of war or repression worldwide are hosted in developing countries. The vast majority of people do stay in camps in the region close to where they are displaced, only a small minority make onward journeys and come to the borders of Europe to seek protection and new lives here. So funding for those people in the region is obviously desperately needed.

However, in many cases, prospects for refugees staying in camps inside developing countries are grim. In Turkey and Lebanon, where millions of Syrian refugees have found shelter, there are huge problems with trafficking, forced marriage, and sexual assault of women and young girls, not to mention the risk of being arbitrarily returned to a war ­zone.

Refugees in these countries do not have legal status, even if they do have a tent. After spending months, or years in one of those camps, many refugees lose hope of returning home, and some will attempt onward journeys.Furthermore refugee journeys are not simple, many sub­-Saharan African refugees found de ­facto safety and employment in Libya until the war there drove them to attempt to cross the Europe. Of course we must support efforts to develop peace, stability and opportunity in the Middle East and Africa, but we cannot realistically pretend that we are providing enough to prevent all onward movement.

Beyond the logical failings of our approach to the refugee crisis, there is the question of what we have not done. For all the billions we have thrown at Turkey to contain refugees, we have not invested even a fraction of that money in decent and humane reception conditions for asylum seekers in Europe.

When Syrian mothers wash new­born infants in muddy puddles in the field where they are camped, it's clear we have our priorities all wrong.

Our current strategy suggests that we'd rather see toddlers fleeing tear gas and rubber bullets on the Macedonian border than offer to take them in from another European country. If our approach was a genuine attempt to protect human lives, we would not act as though we cannot see the lives that are in ruins on our doorstep. It's time we looked again at the real solutions to this crisis.