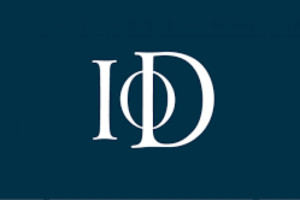 Relief that audit and corporate governance reform not completely overlooked

Responding to the Government’s legislative programme for the year ahead, as set out by HRH The Prince of Wales at the State Opening of Parliament, Dr Roger Barker, Director of Policy at the Institute of Directors, said:

“We welcome the Government’s stated ambitions of driving economic growth and easing the cost of living. We also welcome the Government’s focus on higher education reform, championing international trade, boosting renewable energy, delivering jobs across the country, the creation of the UK Infrastructure Bank and providing new opportunities for small businesses in public sector procurement. The reform of Companies House within the Economic Crime and Corporate Transparency Bill will also be important for directors.

“We are glad to see that, despite recent media speculation, the Government will bring forward draft legislation to create new competition rules for digital markets and the largest digital firms, as well as improve the governance of English football through the creation of a new regulator.

“Despite being overlooked in the speech itself, we are also relieved to see that the Government will be publishing an Audit Reform Bill, even if only in draft form. Recent scandals, such as Carillion, BHS and P&O Ferries, have shown that there are gaps in our corporate governance framework, reducing trust in British business. We have been working with the Government to ensure that these proposals are both robust and practical. A year on from the Government’s white paper, these widely supported and uncontroversial changes are now long overdue and we would urge Government to ensure that the proposals are implemented in a timely fashion.”