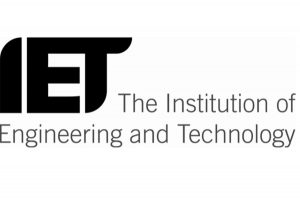 Broadband speed: increased technology is the answer, but at a cost

Ofcom, the broadband industry's watchdog, has announced new rules to help subscribers switch their contracts if their speeds are too slow. This is welcome but it is a temporary fix and a faster more universal service is likely to cost consumers more, according to the Institution of Engineering and Technology (IET).

Prof Will Stewart, Chair of the IET Communications Policy Panel, said: “The real issue here is the mismatch between user expectation and what existing technology can deliver. As Sharon White [from Ofcom] also pointed out people now expect ever-growing performance everywhere all the time, as the internet becomes vital to all of our lives.

“Technology can deliver this but, a more universal service at a low cost is very difficult to deliver.  Ultimately, if we want fast broadband wherever we are we will have to pay more for it – or find a way to make our technology work in a smarter way to respond to what we want it to do.

“The problems and the suggested measures that Ofcom is seeking relate to digital subscriber line (DSL) services that use old-fashioned copper lines designed wired telephones that are now carrying services literally thousands of times faster than those for which they were designed and installed.

“This has been a great technical ‘fix’ and has got broadband out to most users quite quickly, but it is a temporary solution.

“In the end we must move towards a fibre-wireless world in which the older copper cables will have no role.  The answer is direct fibre to the user, which is already rolling out around the world and in some places in the UK – but comes at a cost.

“To help mitigate some of these costs, the IET has been working on an initiative – Demand Attentive Networks –where Government and the telecommunications industry focus on how to improve the quality of networks so that they can adapt in a smart way to what people are trying to do via their mobile phone networks.”