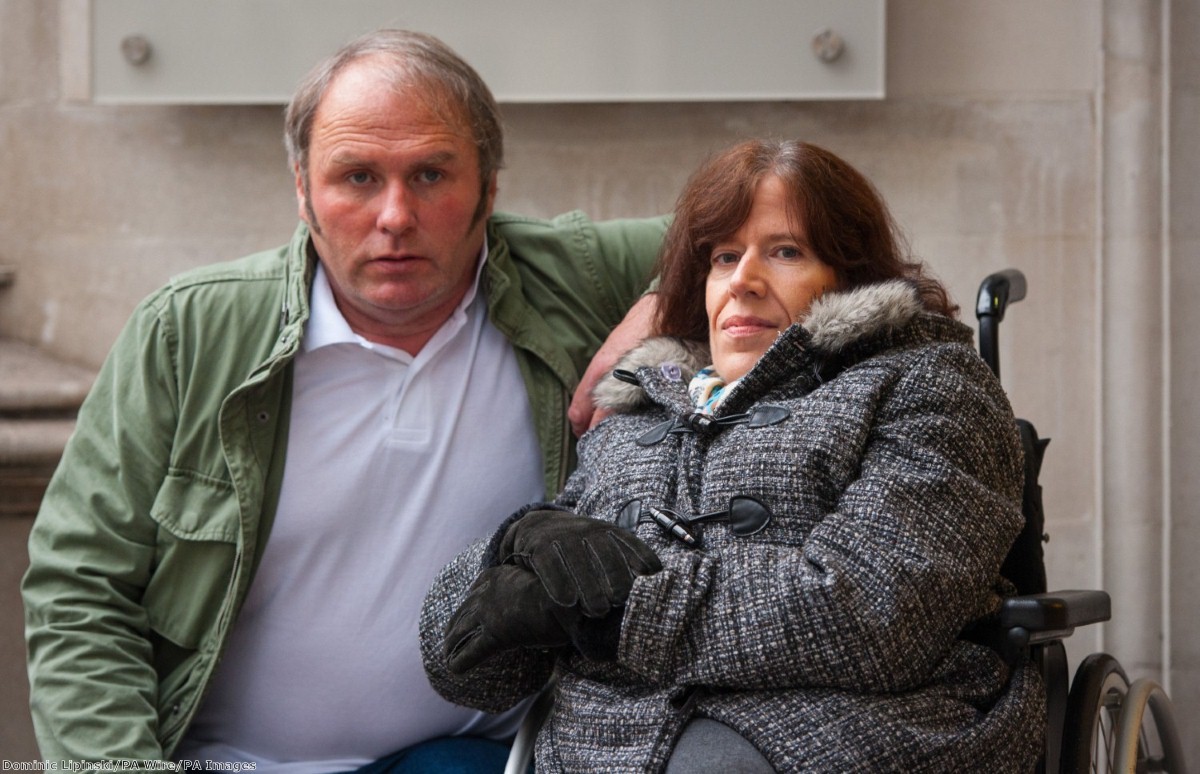 A couple who defeated the government in court over the bedroom tax are being forced to appear before a judge again, in a move which could have major implications for future welfare appeals.

The Supreme Court found in favour of Jayson and Charlotte Carmichael in November, after they claimed the bedroom tax discriminated against people who needed an additional bedroom because of a disability.

The defeat forced the Department for Work and Pensions (DWP) to amend the rules and led to celebrations from campaigners, but the DWP now appears to be challenging the legal route the family used.

"We thought it was all over when we left the Supreme Court. The lawyers seemed to think so as well. We feel like the nightmare has returned to haunt us."

The couple's legal battle against the bedroom tax began in 2014 when a judge at a first tier tribunal ruled that the policy was in breach of their human rights.

The family suffered a series of legal defeats after this initial victory. The DWP decided to appeal against the decision and around the same time the Carmichaels' separate application for a judicial review of the underlying legislation was dismissed in the high court. That decision was upheld by the Court of Appeal.

It was only when the couple took their fight to the Supreme Court that they eventually defeated the government.

Months after the defeat, however, the DWP is now arguing that the first tier tribunal didn't have the right to rule on human rights grounds in the first place.

The government's lawyers are due to lay out their argument in more detail tomorrow but at an initial hearing earlier this month, they claimed that a first tier tribunal only has the power to identify that legislation is incompatible with the Human Rights Act – not to rule on a case on that basis.

If the government is successful, it could prevent people from relying on the Human Rights Act to appeal against benefits decisions at the first tier tribunal, a route commonly used by many families to change decisions.

If that was to happen, the next best option available would be to apply to the high court for a judicial review, a process the government itself says can be "complex, expensive and time-consuming".

The DWP insists that the outcome of the case will not affect the Carmichaels directly but campaigners are concerned about the impact it could have on the numerous bedroom tax cases still pending at the tribunal.

"Removing the spare room subsidy has made the benefits system fairer for those who use it as well as those who pay for it.

"In most cases, Local Authorities are best placed to understand the needs of their residents, which is why we will have given them over £1bn by the end of this parliament for Discretionary Housing Payments to ensure that people in difficult situations don't lose out."