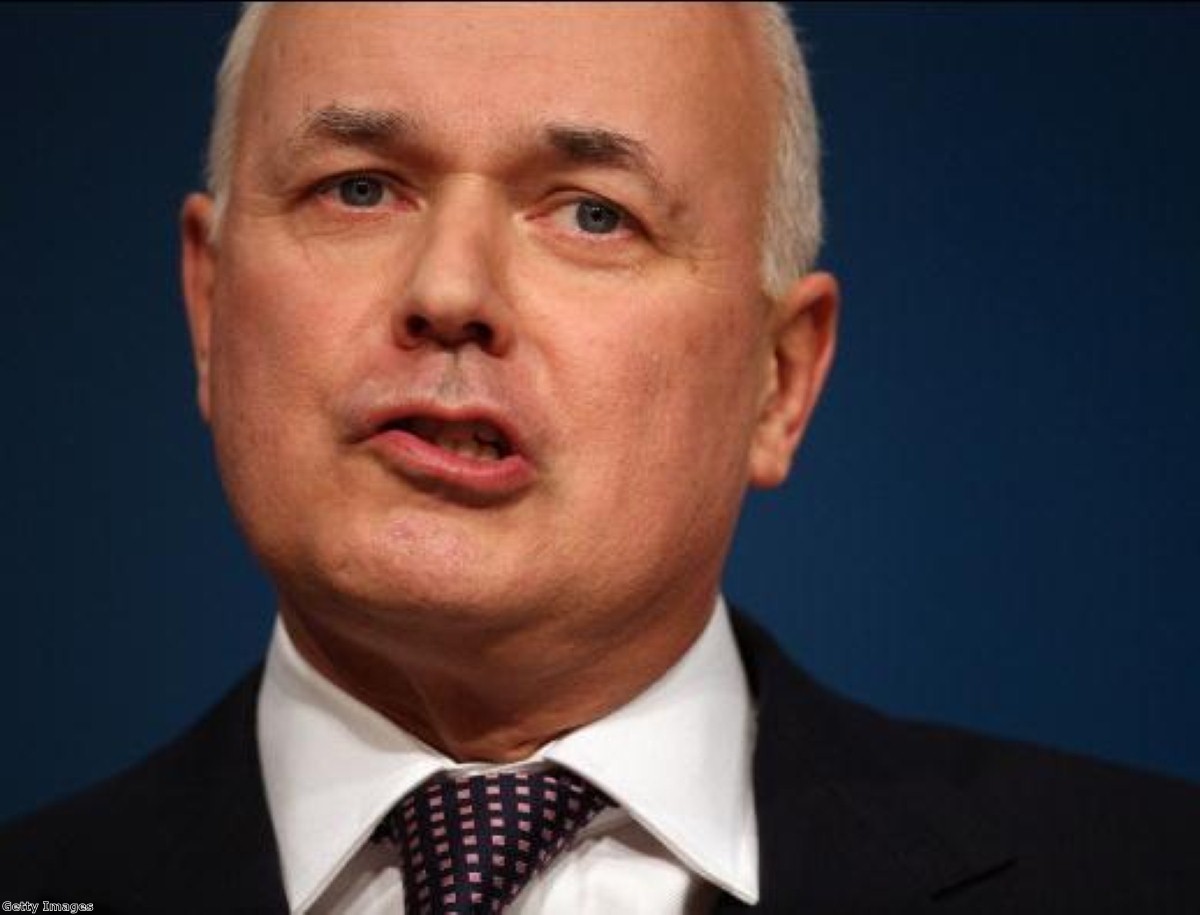 Labour’s attempt to embarrass Iain Duncan Smith over his welfare reforms ended up with both sides trading accusations of dishonesty, in a bad-tempered Commons exchange.

Rachel Reeves, shadow work and pensions secretary, told her government counterpart he had "something like a Midas touch, where everything he touches turns to a shambles".

But she ran into trouble when she claimed officials at the department had not written to her personally over her concerns. That statement led to a protracted argument in the chamber, which only ended later when Duncan Smith waved a letter which purported to disprove what she had said.

Duncan Smith said Reeves made "what I thought was a poor speech" and asked her to deny a quote in which she said she wished to undo all the government's welfare changes and ensure all benefits were universal.

"I'll give way to her if she wants to deny that," Duncan Smith said.

She answered: "You didn't read out a quote and I deny what you said."

Reeves told the Commons she had constituents come to her who had waited months for Atos to give them an appointment for employment and support allowance and later for the personal independence payment (Pip). The couple had slipped into such poverty she recommended they visit a food bank. The woman, who was caring for her husband who had had a stroke, could not get carers‘ allowance because she had not had a decision on their Pip entitlement.

"I expect a letter from you about my constituents and why they have been treated so abysmally by him and his department," she said.

"We've all giving up hope on the secretary of state getting a grip on his department but when will the prime minister learn and take responsible for the slow-motion car crash he has allowed to unfold?"

Ahead of the debate, Reeves attacked Duncan Smith for continuing his fight against the disclosure of internal documents concerning the universal credit scheme, which has now had to be restarted.

The ongoing row, which was first reported by Politics.co.uk in March, has seen Duncan Smith refused permission to appeal against a ruling that he must publish the risk register – a document revealing internal concerns – for the scheme.

Judges also ruled that the department should release documents about the progress of universal credit, an assessment of independent reviews and a record of problems with it.

The release of the documents is a nightmarish situation for the work and pensions secretary, because they may reveal that his department was aware of problems with the project and its timetable when they were claiming that everything was going according to plan.

"Ministers must publish their assessments about risks to the universal credit programme and come clean about the impact of rising benefits spending on the welfare cap," Reeves said.

"David Cameron's failure to get a grip of the chaos within the Department for Work and Pensions has led to huge distress and hardship for hundreds of thousands of people and threatens to land taxpayers with a huge bill."

Despite a disastrous performance handling work capability assessments, private firm Atos was handed the contract, leading to some claimants not receiving payments for months.

The DWP can renew the application for permission to appeal in the freedom of information case, but it has not yet announced what course of action it will pursue.

A DWP spokesman said: "We are considering our response to the judgement and we remain confident that we've fulfilled our duties in publishing information and details on universal credit and been open and honest.

"It is important to remember that officials need to be able to have frank and honest discussions when delivering projects and not be inhibited by having to disclose these. We're confident these documents fall within that remit."