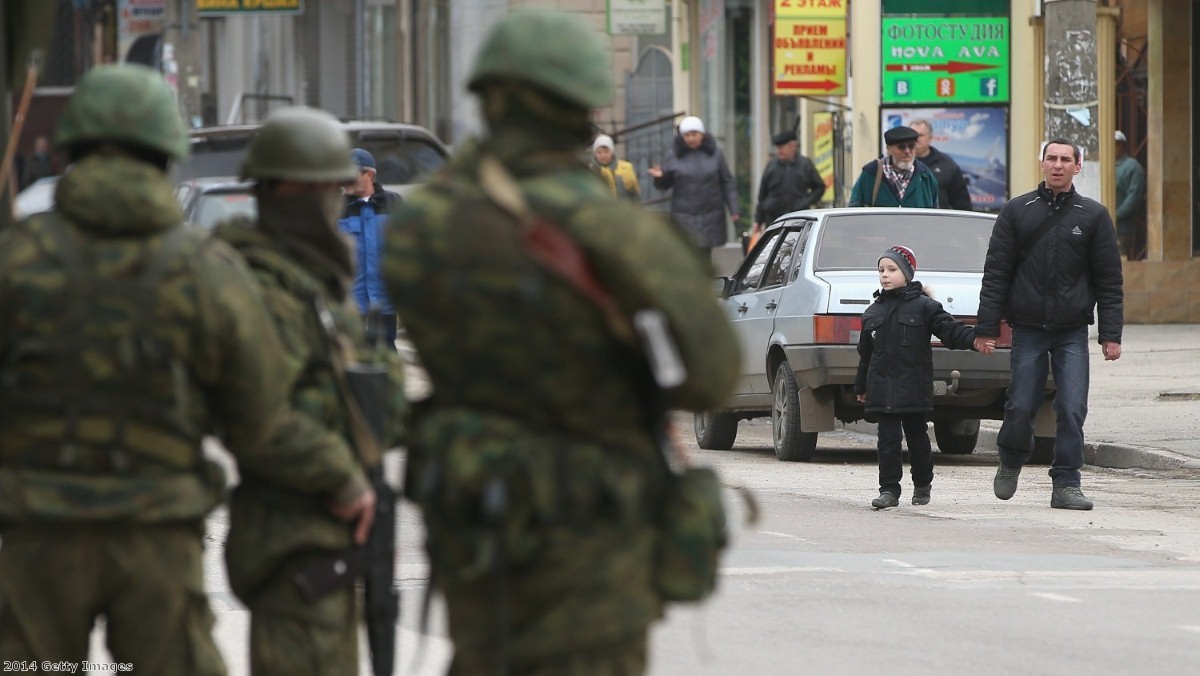 Britain is reviewing its arms exports to Russia as part of the west's moves to punish Vladimir Putin for his quasi-invasion of Crimea.

The government is reviewing all its existing export licences to Russia, the prime minister's spokesperson said.

It comes before tomorrow's EU summit in which leaders will seek to identify the diplomatic, economic and political measures  they will take in response to what Downing Street called "the violation of Ukraine's sovereignty".

Britain does not export weapons to Russia but it does provide components for vehicles and vessels which could be withheld indefinitely.

Meanwhile London has responded positively to the Russian government's willingness to participate in 'de-escalation' efforts.

The Russian government has signalled it is willing to consider some of the ideas put forward to boost channels of dialogue like contact groups, No 10 said.

William Hague is in Paris today, where he will meet with US secretary of state John Kerry and other leading diplomats.

The UK government is expected to propose a range of sanctions against Russia which could be agreed at this week's Brussels summit.