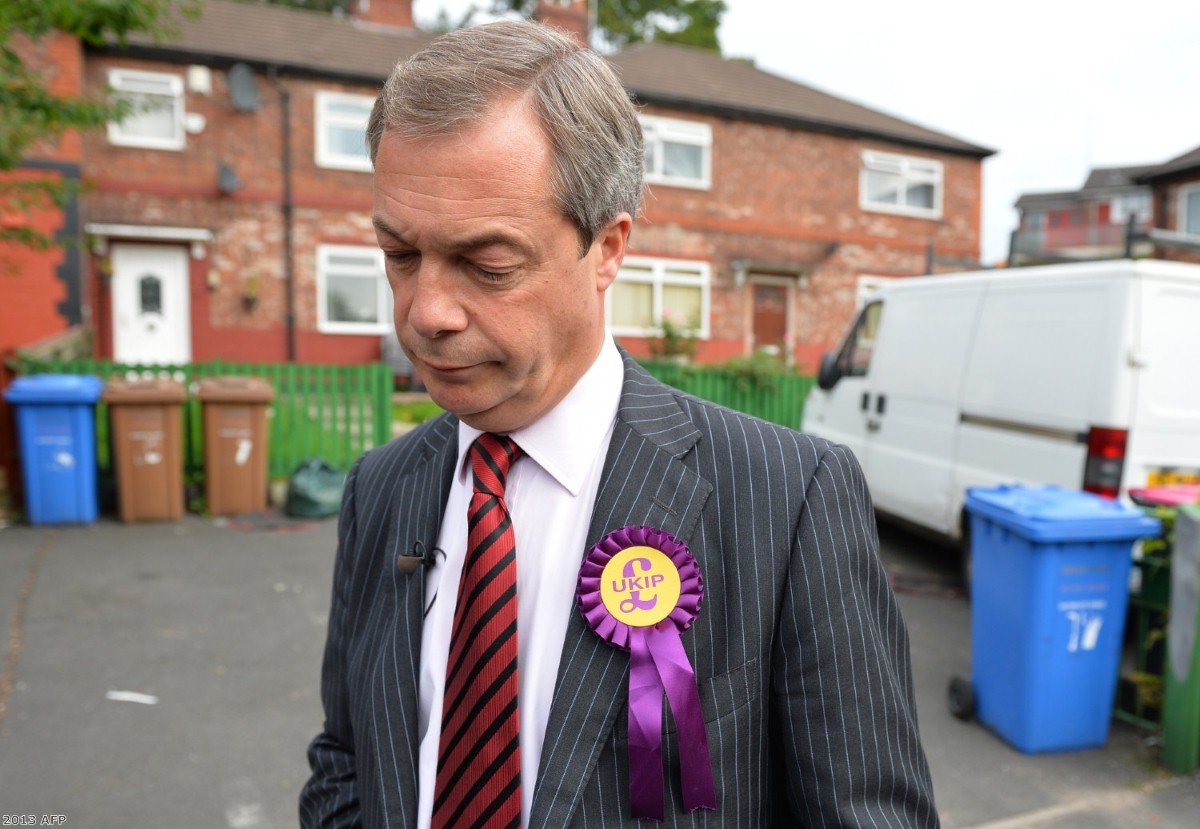 Nigel Farage's attempts to distance Ukip from the extreme views of its members fell apart this morning after a major party donor took out an extraordinary newspaper advert describing homosexuality as an "abomination".

Demetri Marchessini, who donated £10,000 to Ukip last year but has since acrimoniously split from the party, paid the Telegraph for a bizarre "open letter" to columnist Libby Purves complaining about a recent article she had written in the Times.

In a long and rambling text, Marchessini complains about Purves' description of Russian president Vladimir Putin's policies on homosexuality as bigoted.

"There are at least 12 places in the bible that describe homosexuality as an 'abomination'," he wrote.

"What Miss Purves and many others cannot grasp is the fact that when our government made homosexuality legal, it did not make it moral.

"Governments can decide on laws, but only God decides on morality. How can anybody, let alone Miss Purvis (sic), tell people what they should think about homosexuality?"

The letter contains a lengthy complaint about Purves' use of the word "homophobic" which he claims is "a phoney word" which "cannot be found in any dictionary".

The word has been included in the Oxford English Dictionary for at least two decades.

The donor described the word as a combination of Latin and Greek roots, adding: "Anyone who uses it is uneducated."

In fact, both 'homo' and 'phobia' have Greek roots.

This is not the first time Marchessini has caused trouble for Ukip. Last year he hit the headlines after claiming that unwed mothers "should be given a good smack" and claiming that date rape allegations "cannot be taken seriously".

"As there is no violent act, it is difficult to know whether any rape took place," he wrote.

"The woman’s allegation of rape means nothing.  Women have been making such allegations since the beginning of time."

He also published a book titled "Women in Trousers: A Rear View" in which he claimed that women wearing trousers were committing "hostile behaviour – they are deliberately dressing in a way that is opposite to what men would like".

A spokesperson for Ukip said they condemned Marchessini's opinions on trousers.