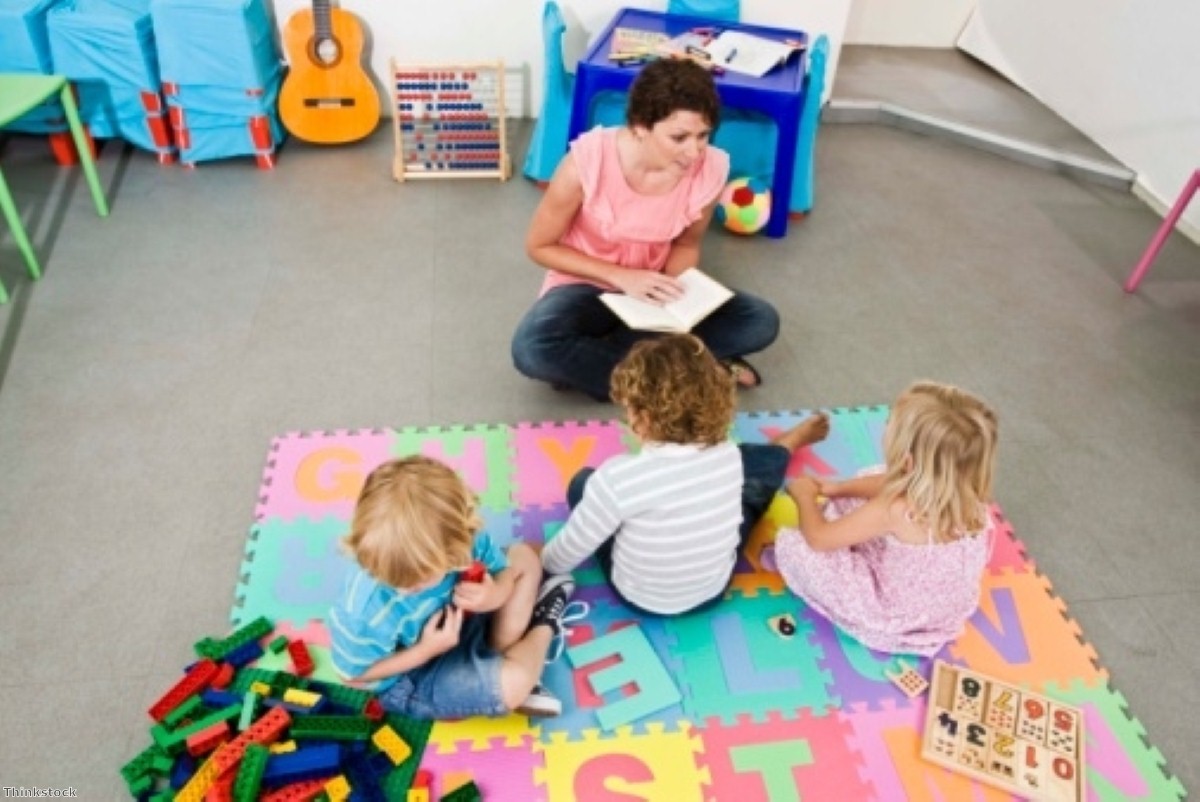 Working parents would be entitled to an extra ten hours of free childcare a week under proposals being announced by Labour today.

Families with two working parents would receive up to 25 hours a week for children aged three and four, if Labour win the next election, shadow chancellor Ed Balls will say.

The policy would be funded by raising the bank levy by £800 million.

"For many families high childcare costs mean that it doesn't even add up to go to work. So to make work pay for families, we must act," Balls will tell the Labour party conference in Brighton.

"For the first time, parents will be able to work part-time without having to worry about the cost of childcare."

The announcement comes on top of a pledge for free 'wraparound' care for all school children between 8am and 6pm.

Balls today denied his policies would create a black hole in the government's budget.

Speaking on ITV's Daybreak programme he insisted that overall spending would be "going down not up under Labour".

The shadow chancellor also said he had written to the Office for Budget Responsibility (OBR) asking them to independently review their spending pledges.

"It's about rebuilding trust in politics. There's cross party support for the OBR and this should be for governments and oppositions," he said.

The OBR say they are unable to do review opposition policies under their current remit. The Conservative party described his request as a "stunt".

Balls also denied reports that Labour are planning to withdraw benefits from parents who refuse to allow their children to be immunised with the MMR vaccine.

"I have no idea where that's come from. It's not our policy," he told ITV.