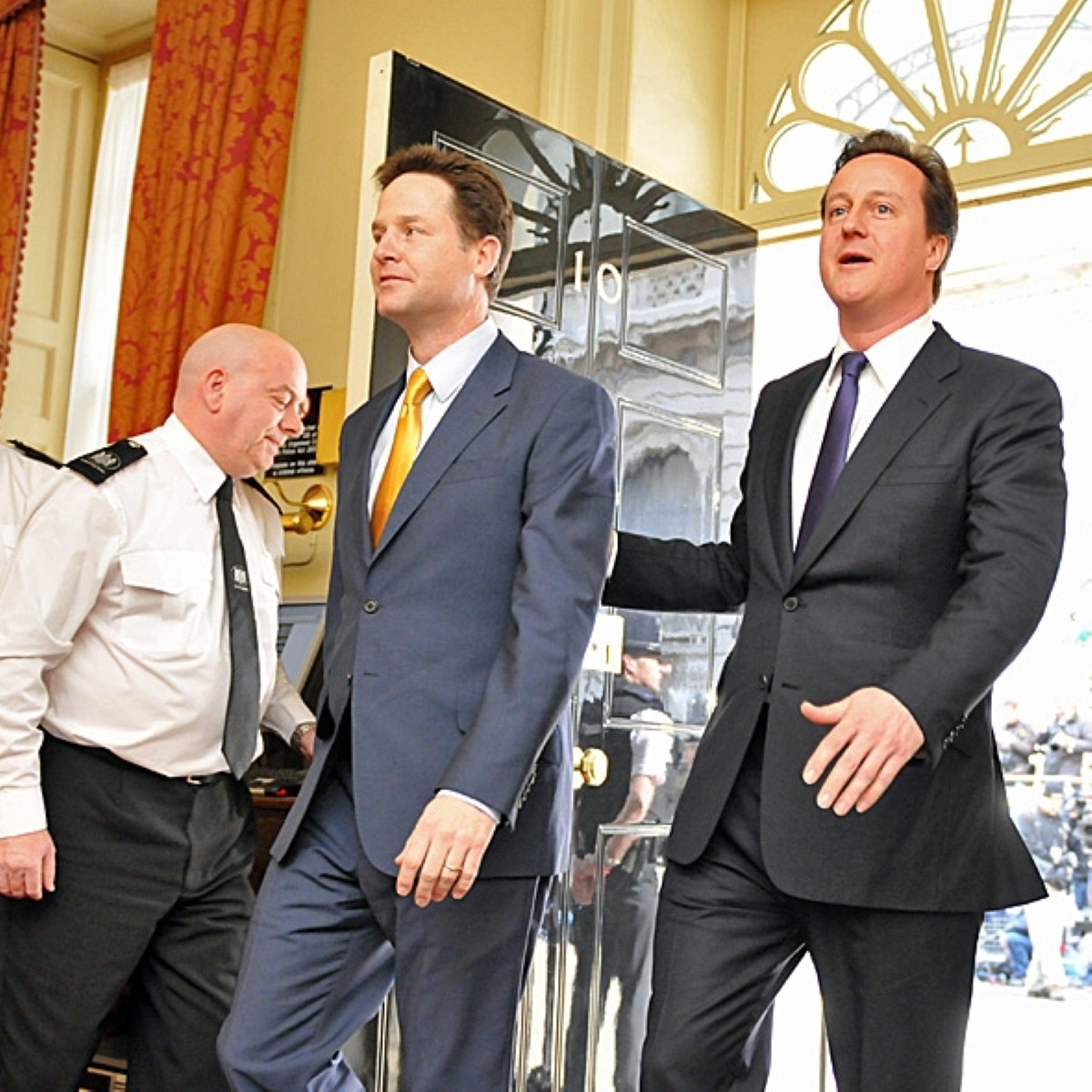 Nick Clegg today denied that he is planning a second coalition with the Tories, as he warned the country not to return to "the bad old days" of single party government.

The Liberal Democrat leader said he was "absolutely not" involved in talks with the Conservative party.

"No of course we're not discussing that. Absolutely not," he told BBC1's The Andrew Marr Show this morning.

"It's not for me, or Ed Miliband, or David Cameron to have private discussions. If they came to me saying 'let's talk about another coalition agreement' I would give them pretty short shrift because you have to let the British people have their say first."

However, Clegg launched a scathing attack on the Labour party who he claimed would "wreck the economy" if they were allowed back into the power.

By contrast, he said another Conservative government would only lead to "the wrong kind of recovery."

He said there had not been "the remotest possibility" of a coalition with Labour at the last general election because "the numbers didn't add up."

The Lib Dem leader did not rule out a future coalition with Labour, however.

Asked whether he had an "Ed Miliband problem" he replied: "I have only one preoccupation… that Liberal Democrats get back into government."

Clegg's comments follow an interview with former party leader Paddy Ashdown in the Observer, in which he said he had been wrong to press for a deal with Labour in 2010.

The close ally of Clegg added that the Lib Dems and Conservatives now "trusted" each other.

Clegg's comments come as a major new poll found that Labour are still on course to a majority at the next election.

The poll commissioned by Conservative peer Michael Ashcroft found that Labour have extended their lead in the UK's most marginal seats.

Ashcroft found an eight per cent swing towards Labour in marginal seats, significantly larger than the picture nationally.

It also found that the Lib Dem vote may hold up better than national polls currently suggest.

Significant numbers of Labour supporters may be willing to vote tactically for the Lib Dems in seats where the Conservatives are the second largest party, the poll found.

Clegg also used his interview today to dismiss warnings from Vince Cable that the government's Help to Buy scheme could lead to a price bubble.

He told Marr that the recent surge in house prices was mostly limited to London adding that "you can't set a national policy based on what happens in Kensington and Chelsea."

Alexander also dismissed the call from a close ally of Cable for Clegg to resign, saying that: "It wouldn't be a Lib Dem conference without a negative comment from Matthew Oakeshott to start the week."