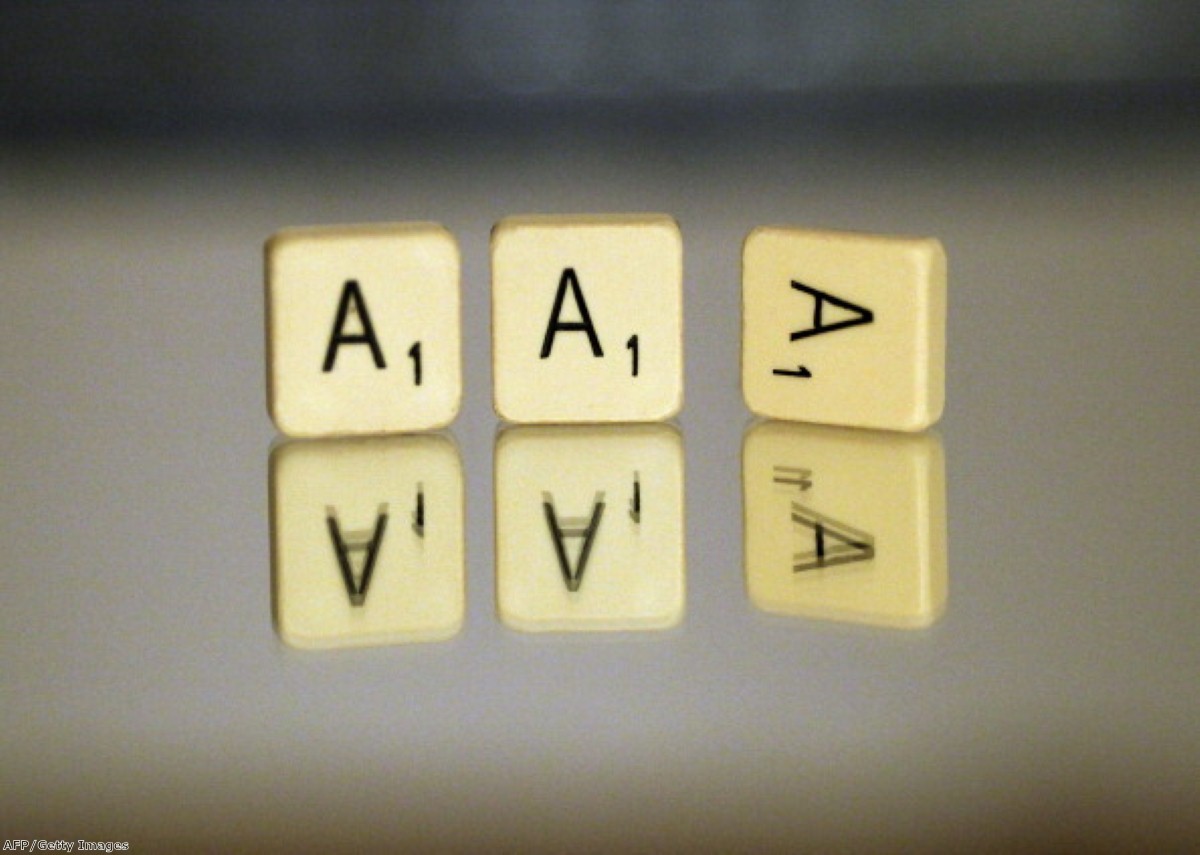 So much for the weekend: UK loses AAA rating

Britain's economy has lost its prized triple-A credit rating, in the biggest setback yet to the credibility of the coalition's deficit reduction drive.

Moody's became the first of the three main credit rating agencies to downgrade the UK to AA1 late on Friday, leaving just Canada and Germany as the only western countries with their AAA ratings intact.

Chancellor George Osborne had held up the UK's AAA domestic and foreign currency government bond ratings as the prime justification for the harsh programme of spending cuts being imposed on Britain.

Now Moody's has stripped the Treasury of its status as the UK faces the possibility of a triple-dip recession.

Justifying its decision, the agency said the UK's "sluggish growth" now looked likely to extend well into the second half of the current decade.

It noted the "challenges" which "subdued medium-term growth prospects pose to the government's fiscal consolidation programme" and warned the UK's "high and rising debt burden" meant Britain faces "a deterioration in the shock-absorption capacity of the government's balance sheet, which is unlikely to reverse before 2016".

The agency explained in a statement: "The main driver underpinning Moody's decision to downgrade the UK's government bond rating to Aa1 is the increasing clarity that, despite considerable structural economic strengths, the UK's economic growth will remain sluggish over the next few years due to the anticipated slow growth of the global economy and the drag on the UK economy from the ongoing domestic public- and private-sector deleveraging process.

"Moody's says that the country's current economic recovery has already proven to be significantly slower – and believes that it will likely remain so – compared with the recovery observed after previous recessions, such as those of the 1970s, early 1980s and early 1990s.

"Moreover, while the government's recent Funding for Lending Scheme has the potential to support a surge in growth, Moody's believes the risks to the growth outlook remain skewed to the downside."

The news will come as a hammer blow to the Conservatives and Liberal Democrats, who had placed the government's credibility on the effectiveness of their spending cuts and tax rises in bringing the deficit under control.

Osborne was defiant in an initial response to the news.

"Tonight we have a stark reminder of the debt problems facing our country – and the clearest possible warning to anyone who thinks we can run away from dealing with those problems," he said.
"Far from weakening our resolve to deliver our economic recovery plan, this decision redoubles it."

"The issue is no longer whether this chancellor can admit his mistakes but whether the prime minister can now see that, with UK economic policy so badly downgraded in every sense, things have got to change," he said.

"In the Budget the government must urgently take action to kick-start our flatlining economy and realise that we need growth to get the deficit down. If David Cameron and George Osborne fail to do so and put political pride above the national economic interest we face more long-term damage and pain for businesses and families."

The downgrading comes at the end of a week which saw another setback to the chancellor's plans, when the 4G spectrum auction raised just £2.34 billion, less than the £3.5 billion predicted by the Office for Budget Responsibility.

Moody's has also downgraded the creditworthiness of the Bank of England, which also now stands at AA1.