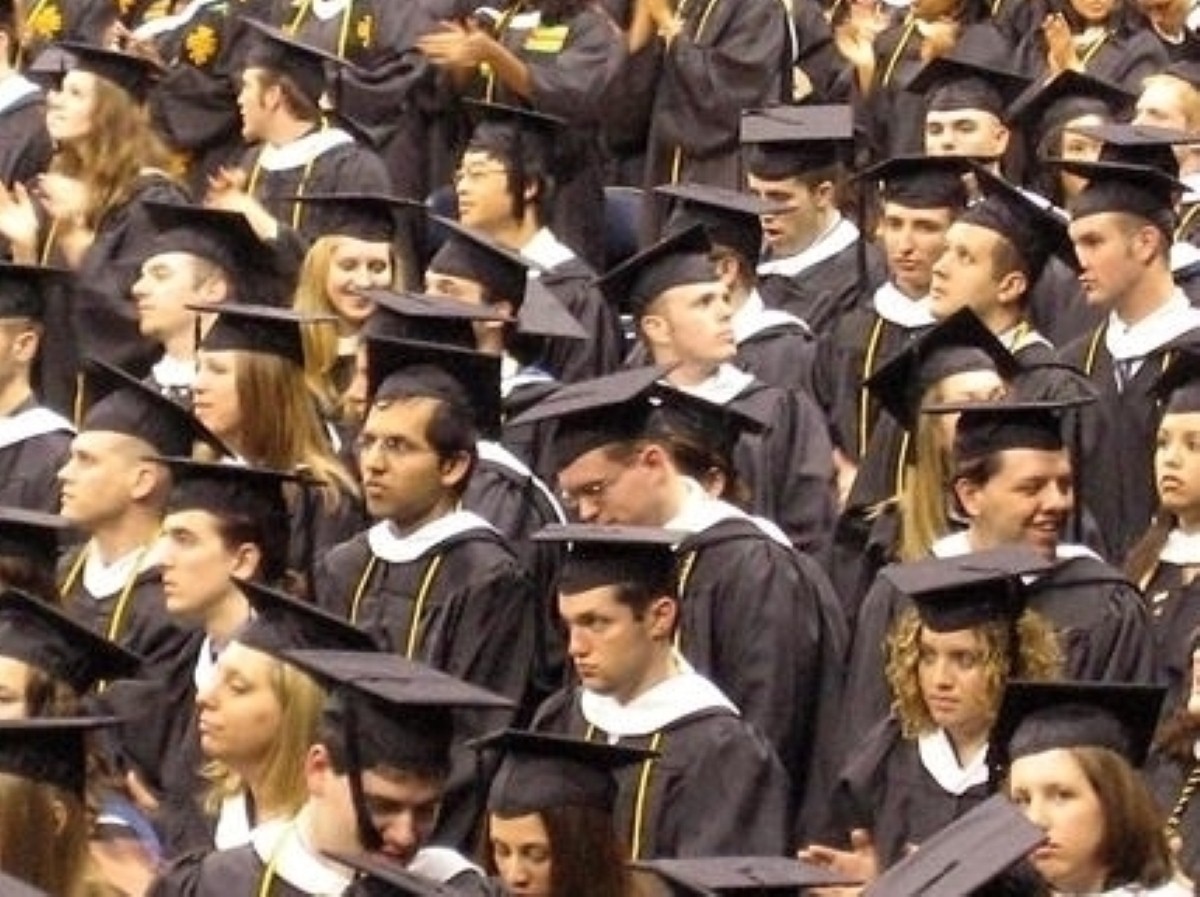 Over 50,000 fewer students started university this year than in 2011, according to the University and Colleges Admissions Service (Ucas).

Labour put the blame for the fall firmly at the door of the government, two years after massive tuition fee protests temporarily brought anarchy to Westminster.

"The Tory-led government's policy to raise fees to £9,000 has put a brake on aspiration and has led people considering applying to university to decide against doing so at precisely the time that higher level skills have never been more important to secure their future," shadow higher education minister Shabana Mahmood said.

"At a fragile time for the UK economy, having fewer graduates with the knowledge and skills for tomorrow's workforce at home and to help us compete globally is utterly self-defeating.

"David Cameron and Nick Clegg's betrayal by trebling fees is holding back the future potential of our economy."

The report said children from disadvantaged backgrounds are ten per cent more likely to go to 'higher tariff' universities, however, prompting ministers to claim their reforms have not hit the poorest disproportionately.

"Therefore this shows the benefits of our reforms coming through already. More students are going to their first choice institution. Moreover, acceptance rates for applicants from disadvantaged areas increased this year."

The report also suggests a growing gulf between girls and boys applying for higher education, according to UCAS chief executive Mary Curnock.

"Young women are now a third more likely to enter higher education than men, a difference that has increased this cycle," she said.

"The fact that women remain more likely to enter higher education than men are to apply, is a striking and worrying finding."

Despite the large fall in the number of students, much of this was explained by an increase in referrals, so much of the fall may be recovered next year.

But the financial burden of studies is putting many young people off, according to Sally Hunt of the University and Colleges Union.

"Fewer students at universities represent the failure of the government's higher education policies," she argued.

"Higher tuition fees forced a scramble for places last year, which simply highlights the unfair nature of the government's hike in fees.

"If we are to open up university to our most talented people we need to remove punitive financial barriers."

The rise in fees has been especially damaging for the Liberal Democrats following their pre-election pledge to oppose any increase. The higher fees followed a report by former BP chief executive Lord Browne, commissioned by the previous government.