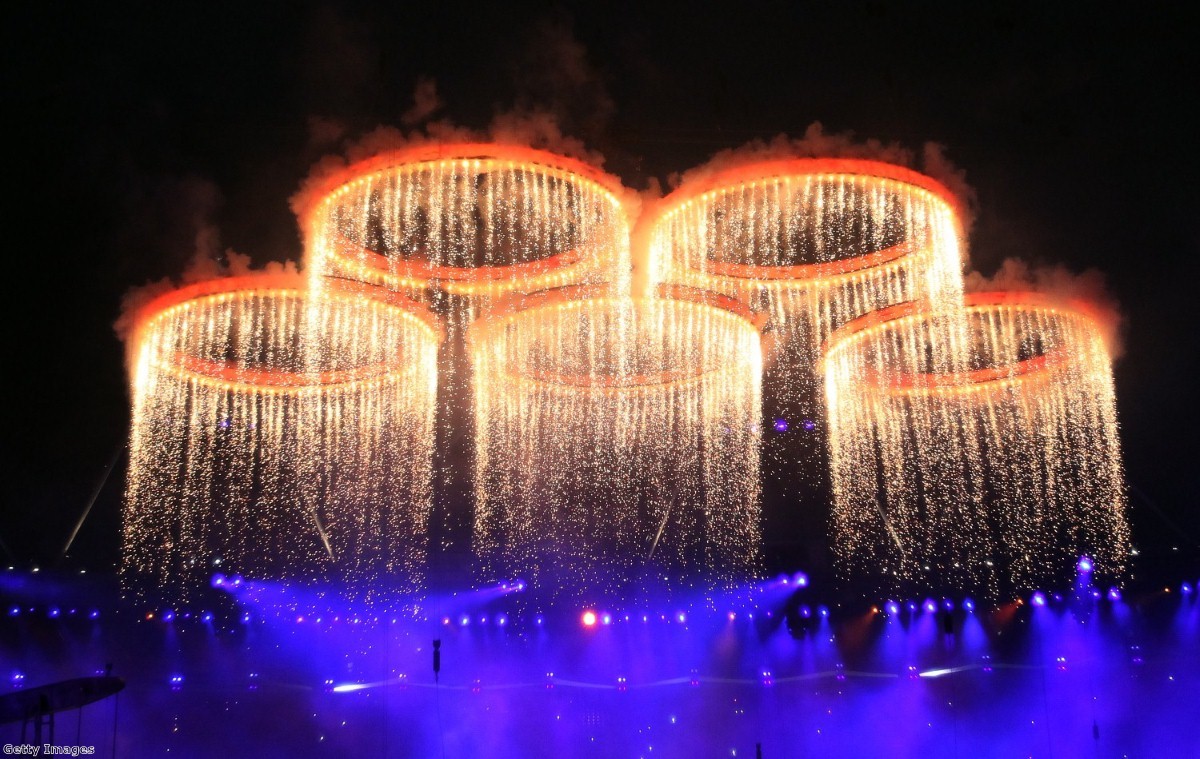 The ComRes poll for the Independent shows the number of people saying the Games would be worth their £9.3 billion cost shot up ten per cent after the opening ceremony on Friday night.

But businesses are reporting a drop in trade, with fewer tourists and many locals escaping the capital.

In March, just 40% backed the statement, with 51% disagreeing. Following Friday night's event, that figure rose to 50% in support with 42% disagreeing.

The poll comes as praise continues to be heaped on controversial film director Boyle for a witty and unexpected opening ceremony which included highlights as diverse as Shakespeare, Bow-raised rapper Dizzee Rascal and Paul McCartney.

The staggered timing of the polling shows how the 'feelgood' factor of the opening ceremony boosted support for the Games.

When respondents were asked if the Olympics were worth the money on Friday, before the ceremony, just 43% agreed.

There were concerns about reduced retail activity in the capital, however. The poll showed that tourism is actually down due to the Olympics – with just 100,000 visiting London compared to the usual 300,000.

Many local Londoners have left the city to escape the event. This morning, a group on Portobello Market wrote: "The Olympics has started, but business down Portobello Road Market has never been worse! The locals have disappeared and the tourist…….. well? What is happening?"

Meanwhile, French president Francois Hollande, who has a turbulent relationship with David Cameron, highlighted the ongoing row over emtpy seats at the stadium.

"The problem is that there are simply too many corporate seats. It will be up to French organisers to sort out this problem if a bid for a future games is to be successful," he said.