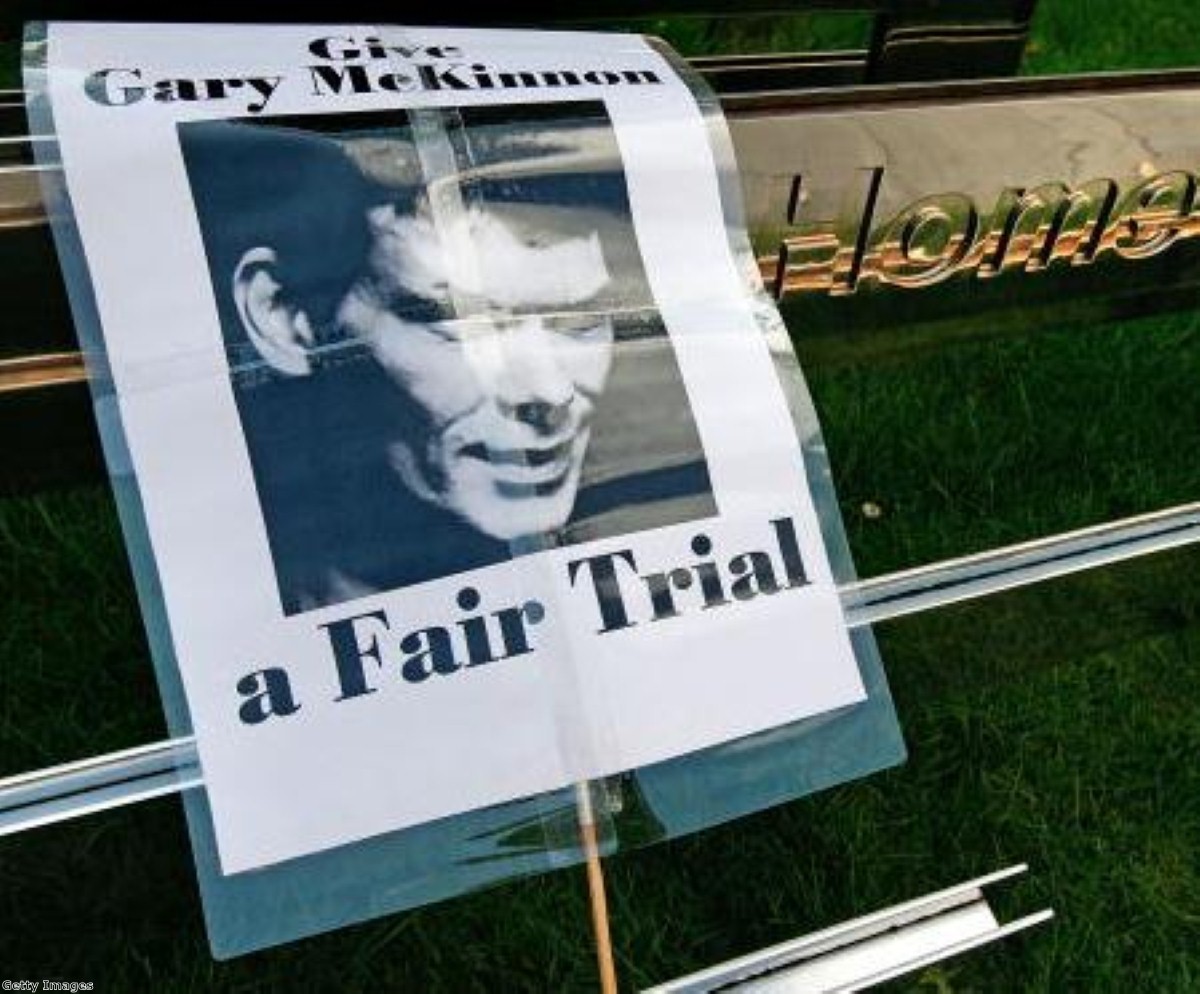 Sting, David Gilmour and Graham Nash are among those calling on the government to renegotiate its extradition arrangements.

The musical legends are joined by Conservative backbenchers including David Davis, Dominic Raab and Zac Goldsmith in calling for legislation on the issue in this summer's Queen's Speech.

They have signed a letter to the Telegraph marking the tenth anniversary of Gary McKinnon's ordeal beginning. He was accused of hacking into American military computers but insisted he was only seeking evidence of UFOs.

The Asperger's sufferer's marathon struggle against extradition to the US, which unlike Britain does not have to provide evidence to back up its extradition requests, is being considered afresh by home secretary Theresa May.

An independent review of arrangements with the US has found it does not operate in an "unbalanced" manner.

But today's letter argues that the UK's extradition relations are "out of kilter both with accepted practice in other countries and with the most basic concepts of fairness".

The letter states: "Defendants are almost totally unable to prevent extradition, despite a high likelihood of incarceration abroad, even where no charges have yet been brought in the requesting country.

"Britain has a history of respect for principles such as habeas corpus and the presumption of innocence. Our extradition arrangements are a stain on this tradition."

Mr McKinnon's lawyers have argued he suffers from a serious mental disorder and is a major suicide risk if he is extradited.

Last month the high court expressed concern over how long his case has taken. Judges listed it for a hearing in July.

Lord Justice Richards said without such a date to "concentrate minds… it would just drag on indefinitely, allowing the secretary of state an indefinite period for further decision-making".

The Commons passed a non-binding motion calling for the UK to change Britain's extradition arrangements "to strengthen the protection of UK citizens" in December.