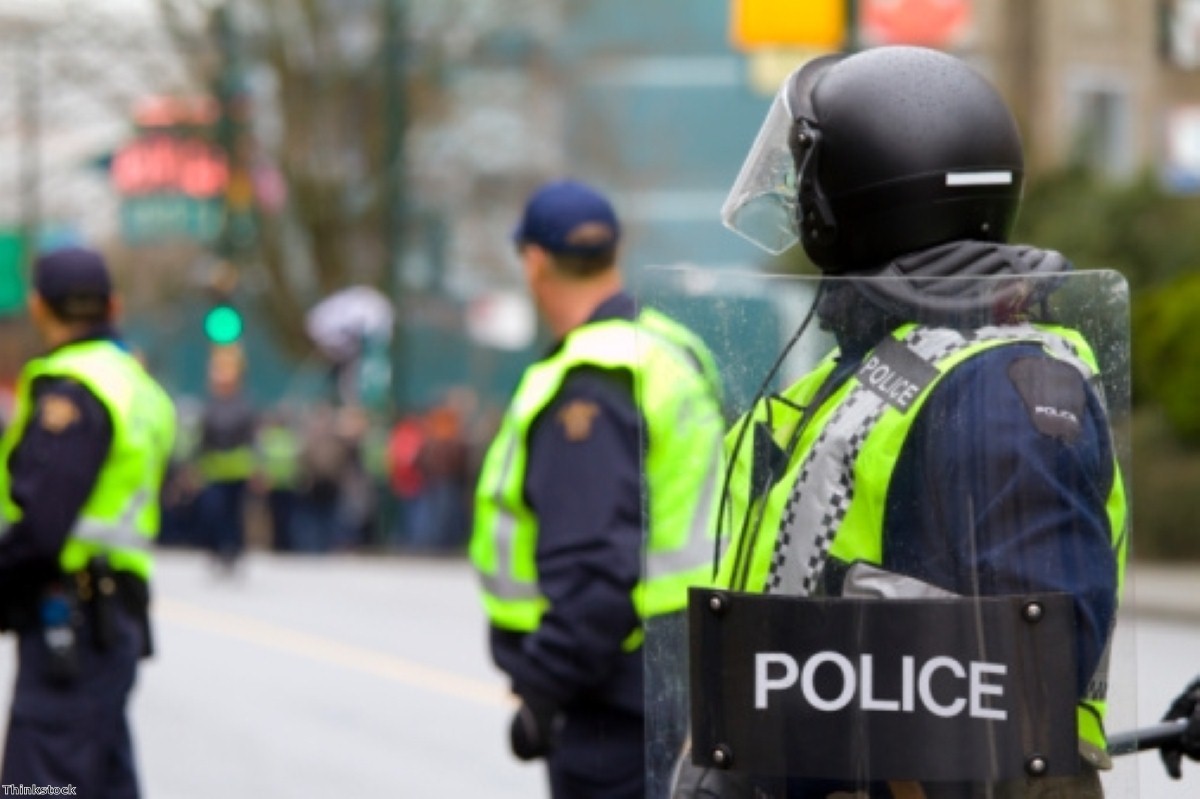 Theresa May moved to overhaul the system of police riot training today, threatening another fractious bout of bickering with the Met.

The home secretary has endured a bruising war of words with senior policemen in recent days, after she took credit for flooding London with police after last Monday's violence.

Instead of backing down today, Ms May announced new guidance on riot outbreaks and defended government plans for police reform.

The home secretary said too few police were initially sent out on the street and that there was a reluctance to adopt tough tactics.

Viewers looked on in horror on Monday night as officers appeared to stand aside while looting and violence took place.

But polling shows that the public tends to take the police's side when they have a public spat with ministers, suggesting the home secretary is treading a danger path by pushing ahead with her policing agenda.

In a speech made this morning, Ms May announced new guidance to chief constables on the precise numbers that should be sent out in the case of a riot and the types of tactics which could be useful.

Officers will receive public order training and learn when the situation should trigger 'mutual aid', where officers from neighbouring forces help out.

The Inspectorate of Constabulary will help draw up the guidance following earlier warnings from boss Sir Denis O'Connor, who recently suggested many forces were unprepared for major protests.

Ms May also risked the ire of police leaders by defending the government's plans for police reform, including a 20% cut in funding and elected police chiefs – both of which are resolutely opposed by leadership.

"We owe all police officers a debt of gratitude," she said.

"One thing is clear: the experience of the last ten days makes the case for police reform more urgent than ever."

She added: "When Labour say stop the police cuts, I say stop jumping on bandwagons."