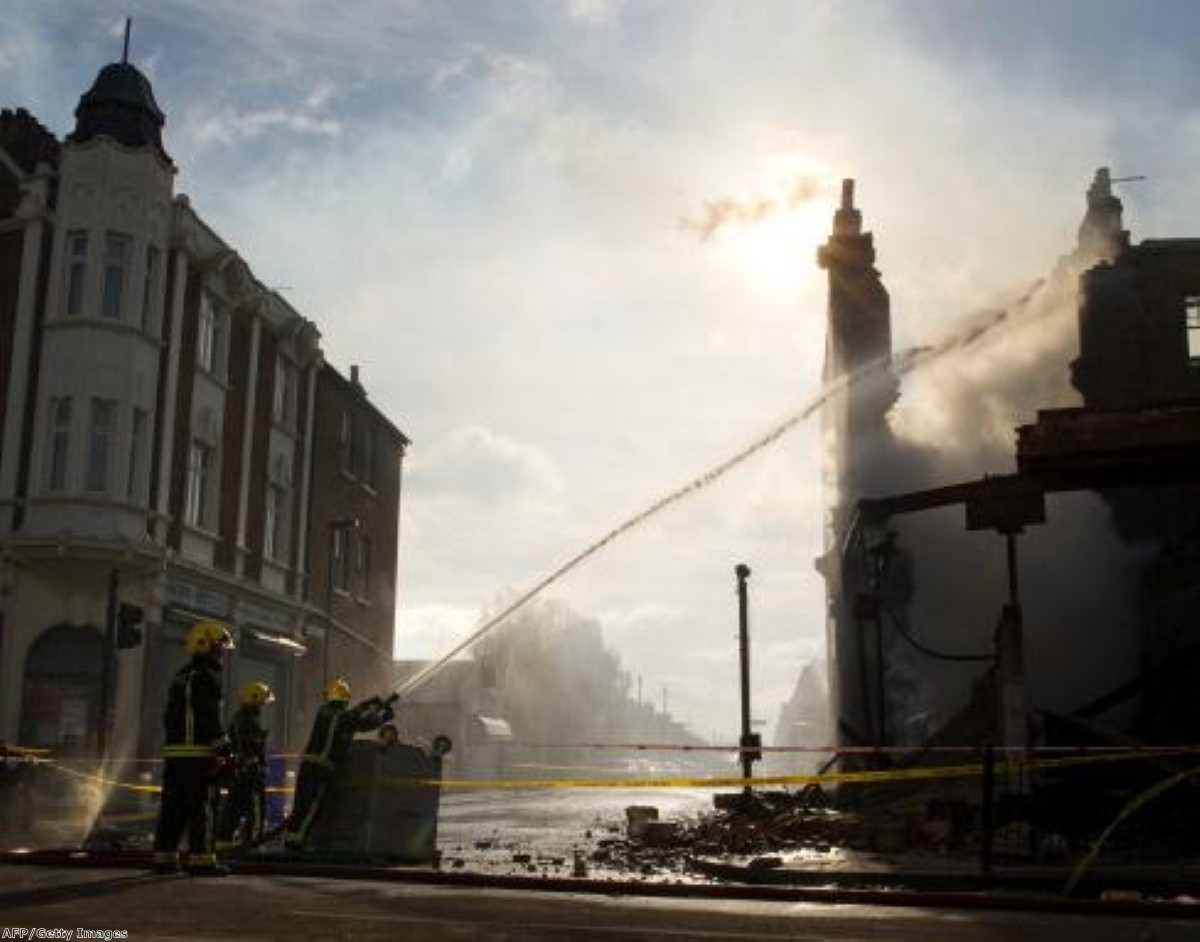 Metropolitan police officers have launched a major investigation into Saturday night's violence in Tottenham, with the arrest count now standing at 55.

The Met faces questions about its failure to anticipate the breakdown of law and order. Extensive looting against shops on Tottenham High Road took place. A number of shops, as well as police patrol vehicles, were set on fire.

Tottenham MP David Lammy said the police response needed to be probed, but officers were focused on Sunday evening on dealing with the aftermath of the riot and preventing further disorder.

Its investigation, Operation Withern, is being led by Detective Superintendent John Sweeney.

Detectives from the Homicide and Serious Crime Command and specialist investigators from the Met's Public Order Branch are reviewing CCTV footage and taking witness statements, the Met said in a statement.

"There is a primary crime scene that runs from Monument Way to Lansdowne Road," it said.

"Detectives are on the scene scoping out the number of buildings and businesses broken into and damaged. This will take some time, and we cannot currently estimate how long."

Forensic examiners are working through the crime scene, which remains cordoned off.

"The disorder and violence we saw last night was pure criminality and cannot be justified," Met Commander Adrian Hanstock said.

"We are determined to arrest those responsible."

Rumours on social networking websites of further violence were downplayed by the Met, who said a policing operation was in place across the capital.