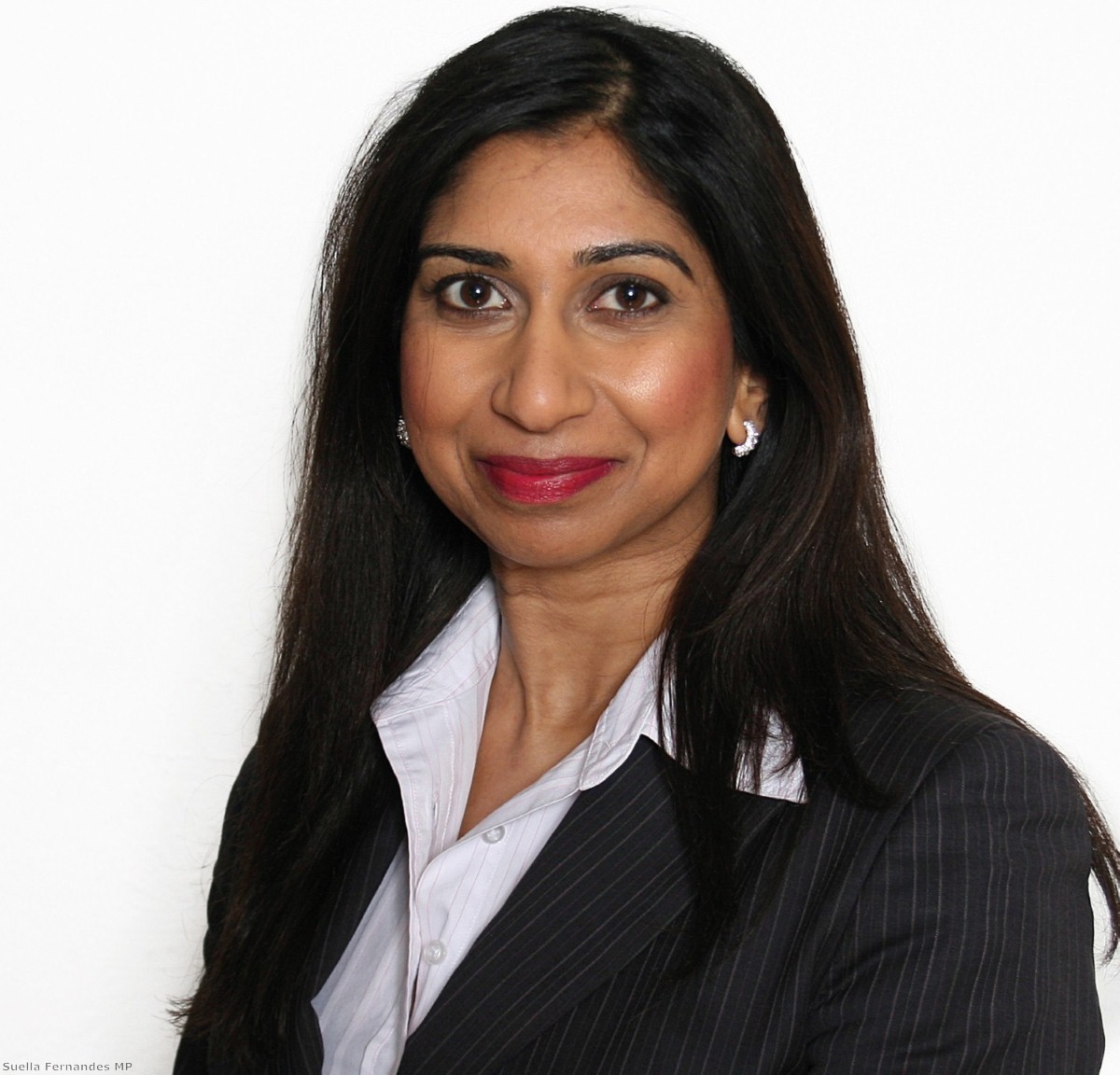 “Where the Labour Party only ever elect ageing male leaders, could the election winning machine that is the Conservative Party, now plump for a telegenic Asian mum with two young toddlers?”

Several hours before Boris Johnson’s resignation, the attorney general, Suella Braverman became the first person to declare herself as a candidate for the Conservative leadership.

If you forgive the pun, it was a brave, and somewhat surprising move.

Unknown to the public, and discounted as lightweight by ‘political hacks’ at Westminster, this combative Cambridge educated barrister, remains the rank outsider to be Britain’s next prime minister. She is 40/1 for a reason.

But, before you tune out, here are fthree reasons why Mrs Braverman could go far deeper in this contest than many people might think.

On paper, Suella Braverman appears the candidate of the ideological Conservative right. She is a free market, tax cutting, Thatcherite. More importantly, as a hardline Brexiter, she is the former Chair of the European Research Group of MPs.

This may secure Braverman the ‘seed’ nominations she needs in order to be able to enter the contest.

In the initial phase of the contest, both Braverman and Tugendhat may find it easier to attract the crucial starting backing of a rump of MPs, than otherwise more fancied candidates such as Sajid Javid and Penny Mourdaunt.

As MPs wait to see how the land unfolds amongst the current favourites, a first round vote for someone like Braverman is something that would buy them time.

If Braverman can somehow tap into this base level of support on the Conservative right, it doesn’t just keep her in the contest. Much like Andrea Leadsom back in 2016, it will provide her campaign with greater media attention and a surprise momentum.

2. The emergence of supportive public polling?

So un-fancied is Suella Braverman, she didn’t even appear in yesterday’s ‘You Gov poll’ of Conservative leadership candidates.

However as her profile starts to rise in the media, might Braverman start to attract favourable attention from the public?

Initially this could be by default.

As the general public are presented by pollsters with a list of well known (and not necessarily well liked) Conservative male candidates, members of the public may grade Barverman positively, simply for the fact that she is different.

Whilst her political opponents may find little ‘nice’ in Braverman’s politics, to some in the general public, she may come across as simply ‘quite a nice person’, or at least nicer than those she is up against.  That again may count for more than people think.

Potentially, though, there is also more to the current Attorney General than it may first appear.

Last month, this website ran a video clip of Braverman at the Commons dispatch box in which she accused Labour’s Emily Thornberry of being “embarrassed by our flag”. Powered by mass sharing on social media, our video of Braverman’s little outburst gained 1.2 million views. This was an astonishingly high number for a small parliamentary clip, but people were interested.

In much the same way that Labour’s Angela Rayner is such an effective communicator, far more so than Sir Keir Starmer, the take up of that video poses the question as to whether Braverman may surprise people with a similar capacity to cut through?

If any of this materialised, and Braverman proved successful in polling well with the public, this would quickly morph her into a more significant contender. It would gain the attention of the many Conservative MPs with marginal seats.

Able to take their core pensioner voting base for granted, Conservative MPs may start to ponder whether it is Braverman who actually has the ability to reach parts of the electorate where the Conservative party is in dire trouble: middle aged women, young people, and those from ethnic minorities.

3. The none of the above candidate

If she somehow stays deep into this contest, Braverman will become the ‘none of the above’ candidate.

Not publicly associated with the decline of the Johnson government, her knee jerk optics could hardly be more different from the previous Conservative leader, or indeed the current Labour one.

The daughter of Asian immigrants, forty two year old Ms Braverman is a working mum with two children under three.

Over the last six months, the Conservative brand has become badly tarnished.

The party has lost a quarter of the support that it had at the last election, and with a worsening economic situation, there is only the risk of greater toxicity yet to come.

For those Conservatives looking for a full blown cosmetic reset button with the electorate, Braverman will package herself as the electoral chameleon that the failing Conservative brand needs.

All the time she would be doing so as espousing the Thatchertite economics, and staunch Leave credentials, that the Conservative membership is thought to most value.

On paper at least, that sounds very much like the right combination for success, for any candidate in the current Conservative party leadership race.

To even get her fledgling campaign off the ground, Braverman will have to exponentially raise her media profile. A few heavyweight backers would be in order, not to mention a set of eye catching policy proposals to tackle the cost of living crisis. Above all she would need to reaffirm to Conservative MPs in their rather brutal hustings that she has the credibility to be prime minister.

This still all seems unlikely.

Braverman’s campaign is still most likely to follow the short lived trajectory of the Esther McVey campaign in the 2019 contest.

But if her campaign gets going, seeded by MPs from the Conservative right, it would be a mistake to dismiss it completely out of hand.

After all, David Cameron, Iain Duncan-Smith, and even Margaret Thatcher came from some way back in the field to gain the Conservative crown. Back in 2016, few in the public had ever heard of Andrea Leadsom, before she was fired to prominence coming second to Theresa May.

In what looks like a genuinely open race, set against the background of very real Conservative turmoil, the surprise and unlikely candidature of Suella Braverman, may yet have more potency than people expect.