In this cost of living crisis, we can’t afford for our children to go hungry at school 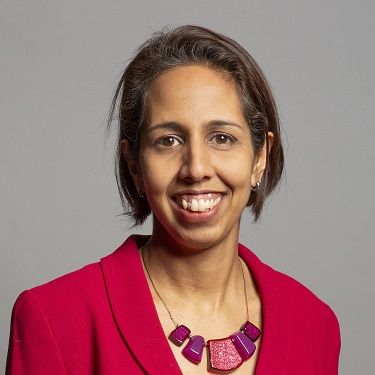 There are afternoons when I feel pretty lethargic. Often, it’s because I haven’t eaten enough. It’s a feeling that nobody enjoys, but one that I can fixpretty quicklyby getting a bite for lunch.Yet as the cost-of-living crisis bites, for many families, that is not an option.

In April, 2.6 million children experienced food insecurity, according to the Food Foundation. This means they had smaller meals, skipped them entirely, or didn’t eat even though they were hungry: all because their family couldn’t afford it.

For more than 1 in 5 state-school pupils in England, free school meals are a vital lifeline. They save families £470 per child per year. Not only that, but the hot lunch each child gets is usually lower in saturated fat, sodium and sugar than most packed lunches. Children from theleast well-off families eat substantially less fruit and veg, oily fish and fibre, so a free school meal can ensure that every child has at least one nutritious, balanced meal a day.

These children are going hungry right now. As food prices spiral, the Government is sitting on its hands. Whilst families struggle to put food on the table, the Government’s policy is to continue to keep free school meals “under review”.

Families need this help immediately, which is why Liberal Democrats are calling on the Government to extend free school meals to all children in households on Universal Credit.

Government rulesrestrict free school meals to those families with net annual earnings of less than £7,400, excluding the Universal Credit they receive. Yet with food prices having risen by 8.7% in the last 12 months, food shopping is eating into their weekly budgets more and more. Conservative Ministers still expect parents on these squeezed budgets to pay for school meals or provide their own healthy packed lunches.

The rules also deter parents from working. When Universal Credit was introduced, the Conservatives promised that parents, and their families, would be better off for every hour that they worked. But that is not true. Many parents make the difficult choice between working more hours or keeping free school meals for their children. A family with three childrennow has to earn an extra £3,133, after tax, to make up for the cost of losing free school meals. This is a Government that claims to want more people to work butthey have created a poverty trap that actively deters parents from doing so.

The benefits of extending free school meals seem to be obvious to everyone except, it seems, the Treasury. Even the Government’s own adviser on the National Food Strategy, Henry Dimbleby, wants every child on Universal Credit to get a free lunch. Not only did Ministers reject his recommendation, but they also snubbed his back-up proposal to give 1.1 million extra children a free school meal. That would have covered more than four in five children in households with very low food security.

Education is an investment in our children’s future, but young people will not benefit unless they are happy, healthy and well-fed. Liberal Democrats are campaigning in Parliament to extend free school meals to all children on Universal Credit.We’re tabling amendments to the Schools Bill so that the Government cannot ignore the wellbeing of our children during this cost-of-living crisis.

Surely, it is a basic duty of Government to ensure that children can afford to eat healthily. But Conservative Ministers are failing. Our children desperately need help – and extending free school meals to all Universal Credit households is a vital first step.