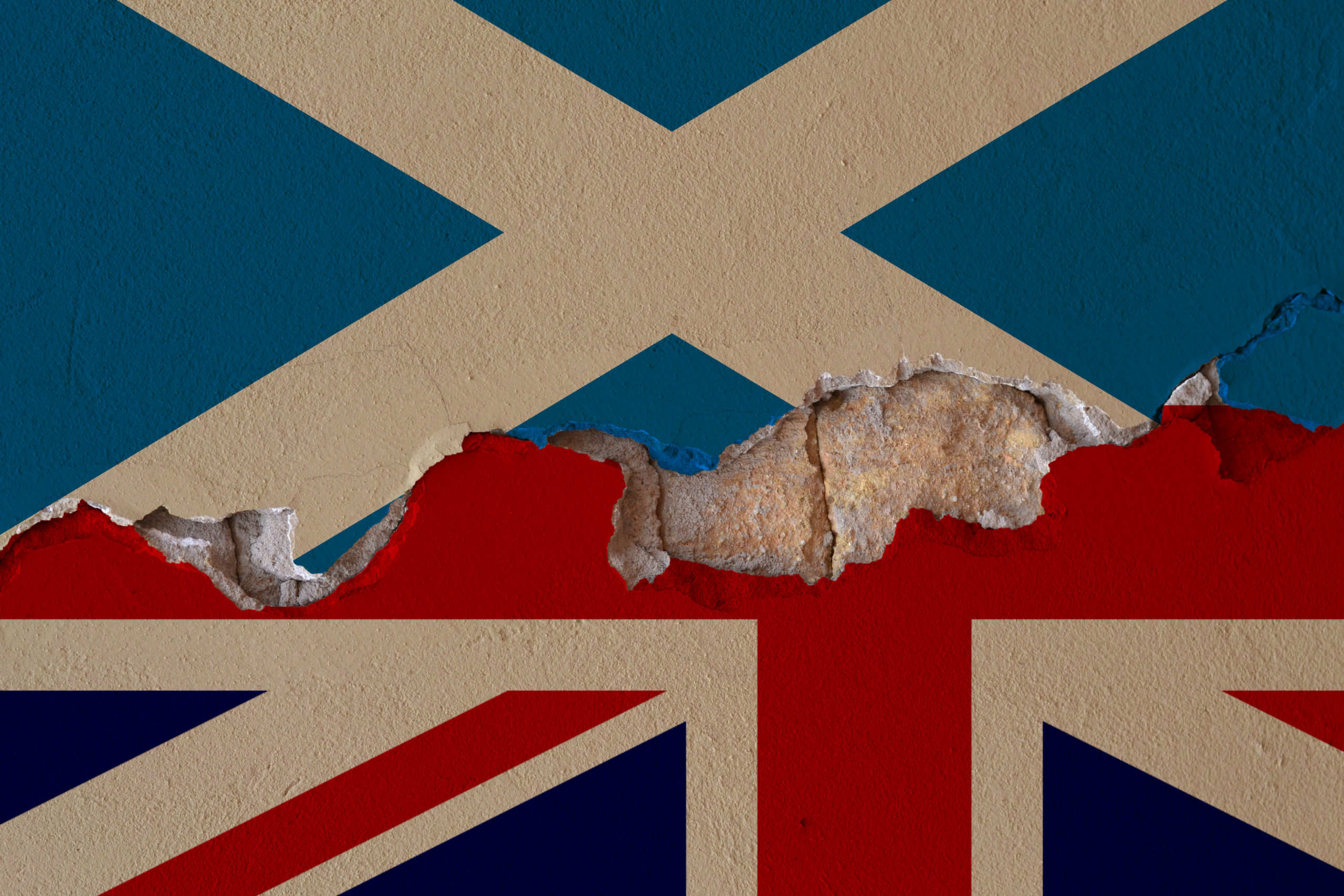 ‘The settled will’: Scottish sovereignty in an age of unthinking unionism

After a strictly provisional ceasefire, the “Scottish question” looms large over our politics once again. A crisis of unionist identity is fast becoming one of survival – and our leaders know it. In recent days, both Boris Johnson and Keir Starmer have ventured north of the border. They held meetings with their respective Scottish Party leaders – plotting, surely, for the battles to come.

Outsiders have noticed a cautious but growing optimism in the unionist camp. The very fact that Johnson is visiting Scotland – for the first time since January – suggests the worries that his subterranean Scottish polling levels will sink the union have subsided.

This newfound optimism in the unionist camp is also exemplified by Michael Gove’s recent comments to the Scottish Sunday Mail. Gove, who just a month ago said that Westminster had ruled out a second referendum before 2024, told the paper: if the people of Scotland develop a “settled will in favour of a referendum, then one would occur”.

Gove’s acceptance that Scotland has the right to decide on “indyref2” is an about-face from a government that has long-insisted on the supremacy of Westminster as an abiding constitutional principle. The government has invested much time and faith in this doctrine. It has been affirmed and reaffirmed – most significantly in the 2019 EU Withdrawal Agreement – that “the Parliament of the United Kingdom is sovereign”.

But the issue of sovereignty is still far from resolved in Scotland. And Gove’s recent intervention is but the latest example of government self-contradiction.

When the SNP’s Ian Blackford moved that “this House endorses the principles of the ‘Claim of Right’ for Scotland” back in 2018, MPs voiced no objections. The Scottish “Claim of Right”(1989) is a document that declares the “sovereign right of the Scottish people to determine the form of Government best suited to their needs”. Despite this being a clear front to Conservative unionist “thought”, no opposition was raised.

“The settled will” of the Scottish people was a phrase first invoked by Labour’s John Smith at a meeting of the Scottish Constitutional Convention (SCC) in 1990. The SCC was convened to articulate a common vision for a Scottish Parliament. And it succeeded. The SCC’s report, published in 1995, formed the basis of the 1997 Scotland Act.

But the convention also served another, more important, purpose. In the face of an increasingly self-confident Scottish nationalism, it aimed to reform and thus galvanise unionism at large. As part of this assignment, the SCC’s conveners penned the historic “Claim of Right”, the same document that Westminster endorsed anew in 2018.

A fervent and enthusiastic devolutionist, John Smith was crucial in this attempt to reinvigorate unionism. His declaration that devolution was “the settled will of the Scottish people” was drafted to acknowledge both the political reality of Scottish sovereignty and the need for a Scottish parliament to accommodate and buttress it.

So while Gove might appropriate Smith’s vocabulary, he manifestly does not share his vision. His remarks on Scotland’s “settled will” is belied by the devo-sceptic English nationalism which has long instructed government policy north of the border.

Our PM and self-styled “Minister for the Union” has described Scottish devolution as a “disaster”. Gove himself has said that the UK’s constitution is “not fit for purpose”. And Jacob Rees-Mogg has remarked that New Labour’s “constitutional tinkering … weakened our parliament and helped to divide the United Kingdom”.

Smith’s unionism was defined by its ability to accommodate Scottish sub-nationality. But, for this government, the concept that things work differently in Scotland and unevenly across the “four nations” is an outrageous slight on British unity.

Before the 2014 referendum, Scottish poet Kathleen Jamie observed that “Unionism has no new songs”. Now, 7 years on, Johnson and his administration prove Jamie right at every turn. The Anglo-Scottish union has lasted for 314-years because of the ability of leading figures to innovate in the face of challenge – but this government has neither the capacity nor creativity for change. Conservative intransigence is now the greatest threat to the integrity of the United Kingdom.

As of last week, the SNP has compiled a list of Boris Johnson’s many “lies and broken promises” relating to Scotland. Included are Johnson’s failed record on workers’ rights, “betrayal” of the Scottish fishing industry, attempts at NHS privatisation, the “power grab” of the internal market bill and much more. Clearly, the SNP believe that Johnson is an argument for independence in and of himself.

So for all the rhetorical flourish of Gove’s comments, we have no reason to believe that this government can listen to the people of Scotland – be their will settled or not. Our government has no intention of acknowledging Scottish sovereignty; to the blinkered “unthinking unionists” in government, such an admission would insult the very foundation of British unity. Johnson believes that uniform British nationalism is the only legitimate form of patriotism.

With a second Scottish independence referendum increasingly on the cards, a hypothetical ‘No’ campaign will – in all probability – adopt the government’s ascendant muscular unionism. And so Scotland will remain in constitutional and political stasis – trapped between Sturgeon’s vision of independence and Johnson’s intransigent, take-it-or-leave-it unionism.

In the middle, somewhere, there remains a case to be made for the union. But as of now – much to the UK’s peril – no party is willing to make it.