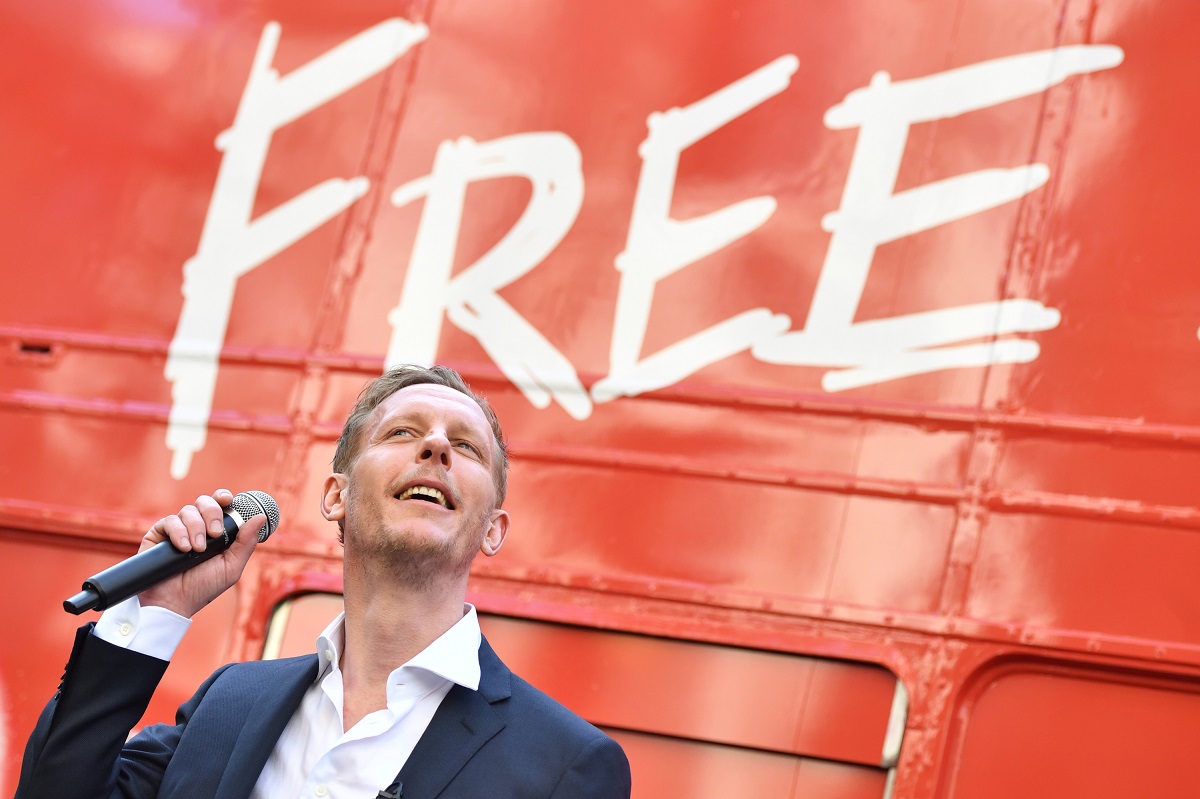 So there we have it. The full potential of Laurence Fox’s political ambitions has been revealed. Over the last few months, he has enjoyed countless pages of press coverage, hundreds of thousands of feverishly-retweeted online messages and endless TV news appearances. The culmination of this was his decision to run in the London mayoral race, in which he vowed to “free” the capital from covid restrictions and political correctness.

A ComRes poll yesterday put him on one per cent, tied with a man called Count Binface.

How much ink has been spilt on this individual, who has nothing interesting to say and no elegance in the way he says it? How much time and energy has been devoted to covering his constant attempts to secure some attention? And yet, when you strip all the chatter away, this what you get: someone so foolish as to start their political career among possibly the least receptive electorate for his message in the country. And then the consequent result – a level of support considerably smaller than the margin of polling error. For all we know, he could be on zero per cent.

The most uncertain outcome in this election is not whether Sadiq Khan will win for Labour. He is currently securing 41% support next to 28% for the disastrous and cack-handed Tory candidate Shaun Bailey. It’s whether Fox will do better than Count Binface. What a race.

And yet, something interesting happens when you look slightly higher up the polling results. The Liberal Democrats’ Luisa Porritt is on eight per cent and the Greens’ Sian Berry is on six per cent. They’re not exactly storming home, but they enjoy considerable support.

Where has their coverage been? Where is the frenzied Twitter chat, the column pages, the pundit spots? It doesn’t exist. Because they are two decent-minded and impressive women who are not playing the culture war. They’re just coming up with some interesting policies for making life better in the city. And apparently that’s not exciting. That’s not really worth talking about. Maybe if they baselessly claimed they were being silenced by a woke conspiracy they could secure some attention.

Porritt is a classic Londoner: Born in the Royal Free, of Jewish, Spanish, Turkish, Egyptian and Austro-Hungarian descent. She joined the Lib Dems in the days after the Brexit vote. She wants empty offices to be turned into affordable housing, a plan to reinvent the high street, and for the police to go “back to being a service, not a force” through reduced stop-and-search and further help for female victims.

Berry is one of the only candidates for mayor who, like millions of Londoners, actually rents her home instead of owning it. She’s previously been a shop worker, a taxi controller, a medical writer, a PA, an author and a website designer. She wants a single zone for all Tube travel with a flat fare, improved street accessibility, new free public loos on the transport network, and a Citizen’s Assembly to review and restore the original principles of policing by consent.

We might not like all their policies. Who knows? We might not even find them that impressive when we see them interviewed. But we’ll never be able to tell, because there are so few opportunities to discover those policies or watch them being interviewed. What’s extraordinary is that these two women, who between them command 14% of the vote, don’t get even a hundredth of the coverage of a single loud-mouthed man who commands one per cent.

The politics of culture war speaks more loudly than the politics of reasonable and useful policies. People like to blame the media for this sort of thing, and in some cases they’ll be right. But the greater fault is with us, as consumers. We help dictate coverage, with the comment pieces we read, the tweets we spread and the channels we watch. Our behaviour encourages producers and editors to show more of some stories and less of others.

Think about the coverage of American politics. How much less of it have you read or tweeted about since Joe Biden became president? And it’s not because he’s inactive. He just passed a $1.9 trillion stimulus. It is a revolution in our assumptions about the political tolerance of state intervention in the market which could be as seminal as the New Deal. But it’s not hate and bile and ignorance and brute cultural identity categories bashing against one another. So we read about it less, and we tweet about it less, and we switch off the news.

We’ve created a society which repeatedly incentivises the very worst sort of political behaviour and disincentives the best. It’s easy to blame the media for that. But we’re to blame too. If we want a better politics, we should pay more attention to candidates like Porritt and Berry, and less to candidates like Fox.