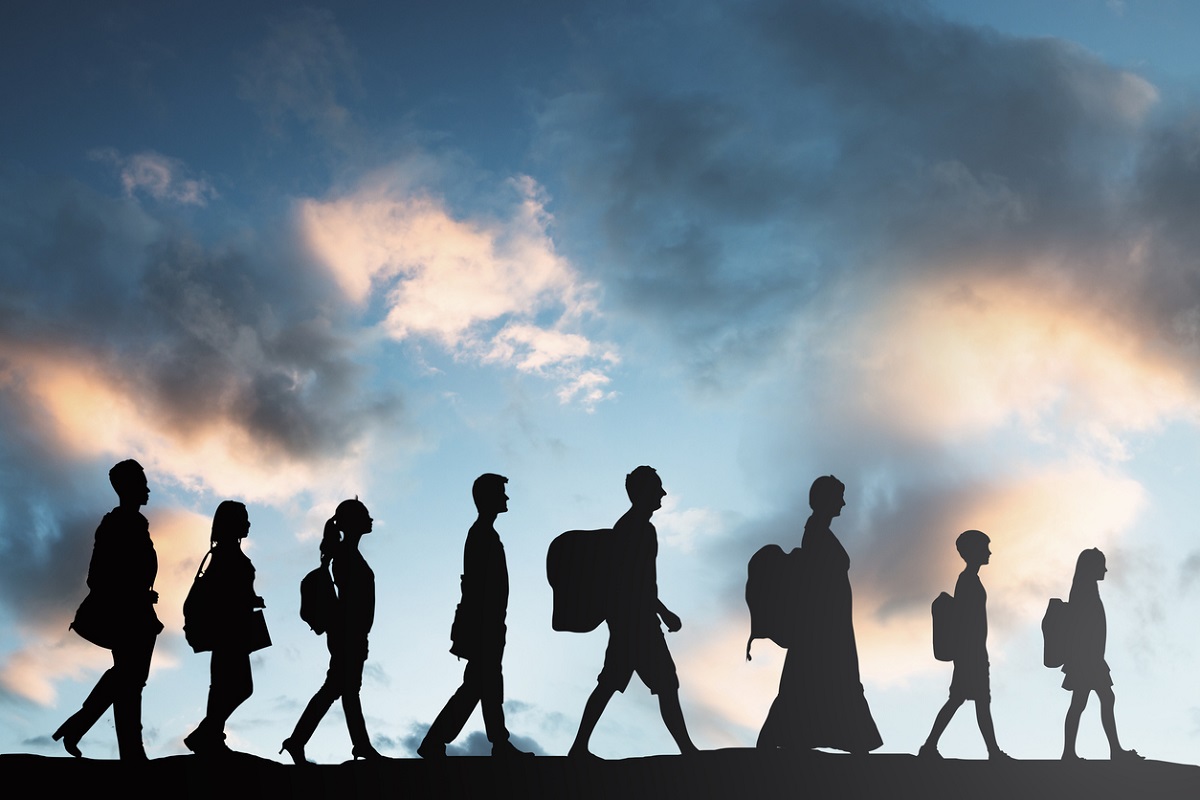 Dignity or dirt: The refugee paradox

Priti Patel, in setting out her New Plan for Immigration this week, said that our European neighbours need to do more to deal with asylum seekers and that, with them, we have a ‘collective responsibility’.  If we look at European countries taking asylum seekers as a league table, we come middle to bottom. The UK had 35,355 asylum applications in 2020, compared to Germany’s 120,320 and France’s 96,000. The UK takes 7% of the EU+ UK asylum applications and has the 17th largest intake of asylum seekers per head of any country in the region. To me, that doesn’t look much like we are contributing a great deal to this ‘collective responsibility’.

We should stop telling other countries what they need to do and look at our own moral duty. The fact is that we aren’t one of those countries in the world that hosts millions of refugees, such as Turkey or Lebanon. Nor are we one of those European Countries, such as Greece or Italy, that because of their geography, is on the frontline of refugees seeking sanctuary. By comparison, the numbers of asylum seekers reaching our shores is much lower, yet as far as I can see we are discharging as much of our moral responsibility as we can back onto Europe. This will help us to lose our status in the world as being a beacon of freedom and humanity very rapidly.

Listening to Patel this week, we would be led to believe that only those arriving on resettlement programmes – on safe and legal routes – should be celebrated, welcomed and supported to thrive in the UK. This is what disturbs me the most.

Despite the fact that the Vulnerable Persons Resettlement Scheme (VPRS) hasn’t been operating for a year, when it was operating it was not available to everyone fleeing persecution, only to those who have fled the Syrian conflict. And of those people, the UK will choose a few lucky people of those selected by the UNHCR. It doesn’t mean that those from Syria not selected for resettlement – or from other nations including Eritrea and Iran, for example – are not also worthy of protection. It just means they have to find other ways here.

I very much welcome the commitment to Safe and Legal Routes by Patel and we hope they will expand in capacity and reach to more areas of conflict. I also hope that the scope of family reunion will be broadened – another safe and legal route. These are the best ways for refugees to reach the UK. But these schemes are never going to cover everyone in need of protection; most of those will remain in a neighbouring country or elsewhere in Europe. Very few will make it to our shores – and under the refugee convention it is not an illegal act to enter a country for the purpose of claiming asylum, so this talk of illegal and legal is nonsense. But those that do reach us need to be assured that they will be treated humanely and with fairness and justice; this is our moral duty and our part of the collective responsibility.

But Patel’s plans will do just the opposite. The way that a refugee enters the UK will dictate their whole future here. If they arrive of their own accord into the UK and the government assesses their case and grants them refugee status, they will only receive temporary protection with limited access to benefits and family reunion. Whereas those refugees arriving on the resettlement scheme will be – quite rightly – granted leave to remain indefinitely, with full access to public funds because, as Patel states, “they need certainty and stability to build a life here”. Patel says she wants a fair system – this doesn’t sound fair to me. One group is treated with dignity, the other like dirt.

The reasoning goes: if you treat people really badly, they will stop coming and then, hey presto, smugglers and criminal gangs will disappear because there will no longer be any desperate people to pay them.

The government has tried this with the hostile environment – it doesn’t work. People keep coming because the desperate situations and persecution they are fleeing continues. Patel says she wants to make an illegal journey not worth the risk; I’m sorry but I really think she needs to listen to some of the experiences of people who are applying to her department for asylum. Are they really going to make these choices when they are fleeing for their lives? They will still come but just have a worse experience in the UK; our society will have more destitute people, vulnerable to exploitation and modern slavery.

No one in their right mind – if they knew they had a place on a resettlement programme – would choose to pay smugglers to bring them to the UK instead. It is not a parallel route, as Patel argues: they pay smugglers because there is no alternative. These criminal gangs are a symptom of the increased security of our borders, creating more barriers will create new ways for criminals to make profit from the plight of desperate people.

Paying to be smuggled does not reduce the likelihood that you are a refugee. Persecution such as to meet the criteria of the Refugee Convention crosses all sections of society and people groups. Men arriving on their own doesn’t mean they are less likely to have been persecuted for one of these reasons than a family with children.  And when people are fleeing for their lives, their families will gather all the money they can to get them to safety.

My hope is that these new plans put forward by Patel would result in more refugees being able to come the UK through safe and legal routes and giving them an alternative to having to pay smugglers. Yes we should do everything we can to bring criminals to justice for this abhorrent exploitation of desperate people. But the criminals should be punished, not the desperate people they exploit.

All these plans are being made because, we are told, there are too many people claiming asylum and the system cannot cope. This is just plainly not true.  21% fewer people claimed asylum in 2020 than 2019; even before covid numbers of asylum applications were nowhere near the high levels of the early 2000s. The problem is that the Home Office is completely ineffective in making good quality, timely decisions. The number of people waiting for more than six months for a decision on their asylum application has doubled in the last 18 months. So, despite the reduction in the number of people claiming asylum, this has resulted in more people languishing in the asylum support system – an increase of 28% since 2019 – and an increase in the number of people being forced into appalling living conditions.

Let’s reform this broken asylum system by improving the Home Office decision-making process and granting asylum seekers permission to work if they wait more than 6 months for a decision. This will reduce costs of the asylum system, help integration, be more humane and be better for our communities.

I believe that this is what the public wants: an effective, just and humane system they can trust and which enables people and communities to thrive, rather than increasingly punitive measures. All the polls suggest that, having got Brexit done, people have stopped being obsessed with immigration and refugees and are much more likely to think about these issues rationally.  Priti Patel should catch up with the British people.