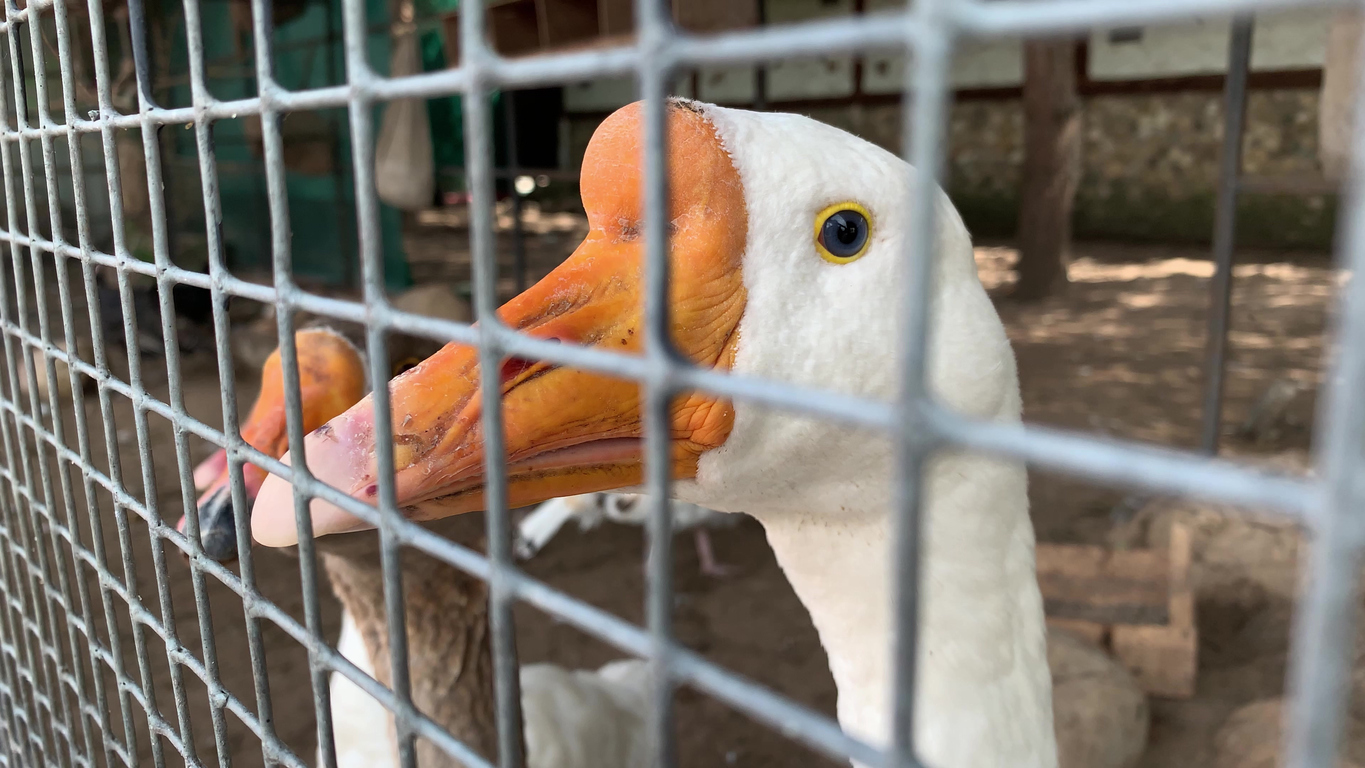 Why a foie gras ban is long overdue

The late Sir Roger Moore referred to it as “torture in a tin”. Kate Winslet calls its production “terrifying”. Twiggy says it’s “barbaric”. They’re talking about foie gras – fatty goose or duck liver – which, according to government ministers, may soon be banned in the UK.

Why? Because the process of making foie gras is the stuff of nightmares. Inside a warehouse, in France, for example, ducks and geese as little as 12 weeks old wait in terror. Several times a day, a worker grabs the birds by the neck, forces open their mouths, and rams a pipe down their delicate throats as other birds watch in fear, knowing they’ll be next. Some are so badly injured by this constant force-feeding that they have gaping holes in their necks.

The worker pumps huge amounts of grain into their stomachs – the equivalent of 2 kilograms of food every day for a human. The birds’ feathers are often caked with their own vomit. This agony lasts for weeks as the birds’ livers become diseased and swell to up to 10 times their normal size, or about the size of a rugby ball. If you have any idea of the size of a duck’s abdomen, you can imagine what a rugby ball–size liver does to the other internal organs – which is to say, they are compressed for lack of space, including the lungs, making it hard to breathe. And then, when their livers are engorged enough to fetch a high market price, workers hang them upside-down and slit their throats.

The process is so disturbing that it is rightly illegal in the UK and most of Europe. But EU freedom of movement rules made a sales or import ban on foie gras difficult. Now, Brexit has given us the opportunity to introduce such a ban. Ministers are drafting legislation to close the loophole and close our border to this cruelty – a move that would be welcomed by British citizens, the overwhelming majority of whom – 79%, to be exact – want a foie gras import ban. After all, if it’s too inhumane to produce here, it makes no sense to allow it to be sold here.

Ending the trade in foie gras won’t be difficult, as demand for this un-British pâté has plummeted in recent years – and most chefs refuse to serve it. It is already banned from the BAFTAs, the BRIT Awards, The All England Lawn Tennis & Croquet Club – which hosts the Wimbledon tennis championship – Lord’s Cricket Ground, Selfridges, Harvey Nichols, Fortnum & Mason, countless hotels and restaurants, and all royal menus, by order of Prince Charles. Both houses of parliament have introduced policies against serving it, as have two of the UK’s largest catering companies, Compass Group and Brakes.

The UK has the distinct honour of being the first nation in the world to have introduced legislation protecting animals. The law, passed in the summer of 1822, made it illegal to “wantonly and cruelly beat, abuse, or ill-treat … [any] horse, mare, gelding, mule, ass, ox, cow, heifer, steer, [or] sheep.” As the bicentennial of that landmark decision approaches, one affirmative and decidedly British way to mark it would be to enact another law, one sparing ducks and geese a most miserable of fates.

More details on the campaign can be found on PETA’s website.