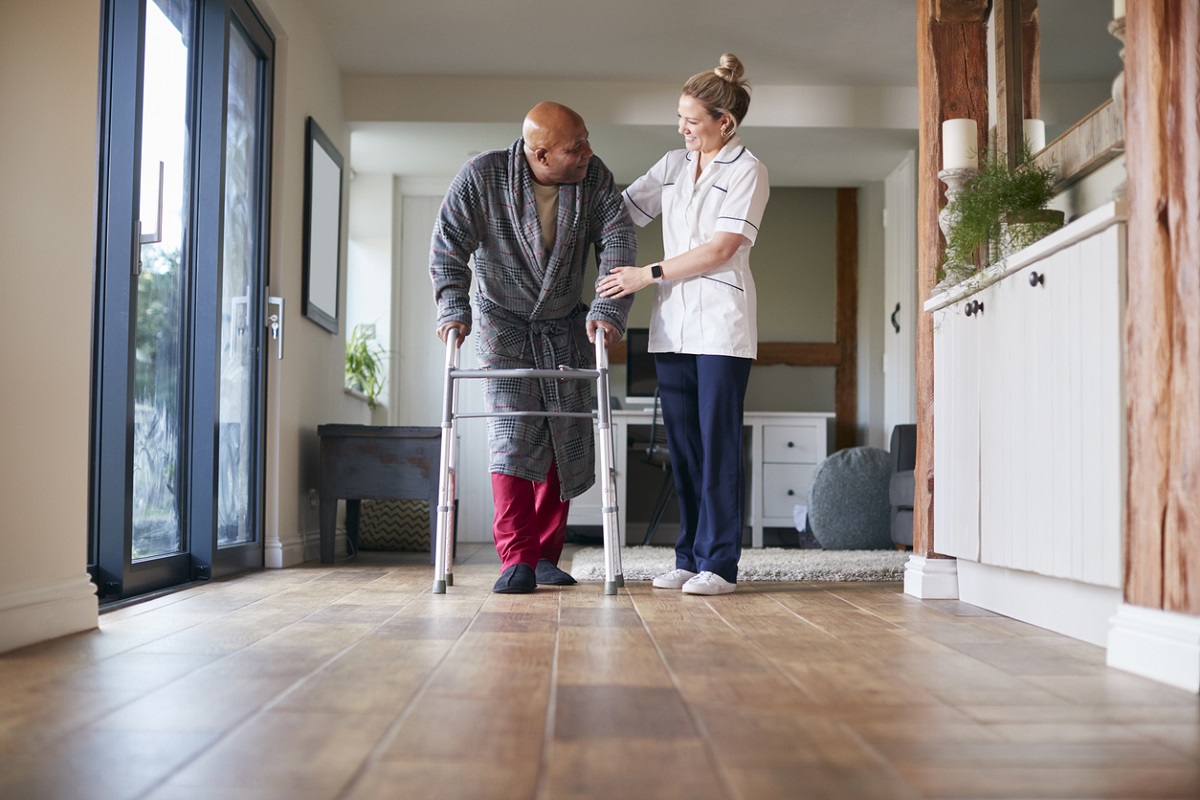 Time to ‘make a choice’ on social care

The coronavirus pandemic has exposed the lack of resilience in our health and care system. Over the last decade the central policy of protecting NHS funding but reducing budgets in the related areas of public health, social care and workforce has proven to be a false economy.

We went into this pandemic with not enough healthcare staff, an underfunded public health system and a social care service still awaiting long overdue reform. The terrible impact of Covid was a reflection of this failed strategy.

Last week’s Budget was about the covid recovery. The pandemic has taught us that our underlying health and wellbeing affects our economy and our prosperity. It was an opportunity to start to move to a new model of healthcare policy where health is not viewed simply as the NHS, with everything else relegated to a secondary role, but a chance to build back better with health in its broadest sense at the centre.

It was unfortunately an opportunity missed.

Some will say that the existing crisis is not over, that the 2020 Spending Review provided additional funds for Covid management and clearing NHS backlogs and that more money will inevitably come in the autumn.

However, the problem with the silence and the lack of agenda setting at the Budget is that we risk repeating the failures of the last decade all over again.

It is arguably on social care, a long neglected policy area, where there is the greatest need for direction. Social care reform has been talked about for years with no action. Yet the pandemic has shown us it can be neglected no longer. Indeed, if we are going to ‘build back better’ from this pandemic, proper action on social care needs to be a priority test for government to pass.

For its part, the government appears unclear about where it wants to head with the reform programme.

Number 10 has been working on a plan since the election, the Treasury wants cross-party talks, the Department of Health and Social Care (renamed in 2017 to include social care in the title) remains stuck with a green paper. There have been repeated deadlines missed and even new examples of the same government document   including different timetables for publishing reform proposals. For its part, Labour says it has not been approached for cross-party discussions, but appears hesitant on what it wants a better system to look like and how it will be paid for.

This is not a policy problem. It is a political challenge which our politicians need to rise to meet.

The government has three main policy choices it can bring forward.

First it could introduce a model of social care like the NHS, free at the point of use for those who need it. This would support the recent NHS white paper and integration agenda between health and social care. It is the cleanest option and simplest to sell to the public, but the most expensive. Rising costs in Scotland, which has such a system, are looked at closely from Westminster. In light of the expense of the pandemic and the government’s broader economic strategy, it increasingly looks like it sadly may be a step too far.

The second option would be a pensions style contribution system for those over a certain age and who can afford it (the much touted figure is 40+). This would raise the revenue for improving state level care, with the option for people to ‘top-up’ their care privately should they wish. Japan, which has a significant proportion of people over the age of 65, uses this type of model. It was a recommendation from a cross party group of MPs in 2018. Research, however, has shown that the public is not particularly sold on age related taxes to fund social care.

The third and final option is to go back to the Dilnot proposals from the Cameron government of a ‘cap’ on costs to control very expensive care needs and introduce a higher ‘floor’; the level at which an individual’s assets are protected from contributing. This would protect people against catastrophic care costs.

But there is also a problem about whether you can fully protect the family home through this scheme, which is a manifesto commitment and the area of greatest political controversy. Among these caps and floors, the complexity of communicating such a scheme to a public – who mainly continue to think social care is free at the point of use, like the NHS – becomes very difficult. There is also the question of where the government raises the revenue it needs to fund the scheme.

These are the options: all cost money; all have some downsides.

But we cannot continue to delay. Too many people, and those who care for them, deserve a better system.

Politics is about choices. It is time for the government to make its social care choice.