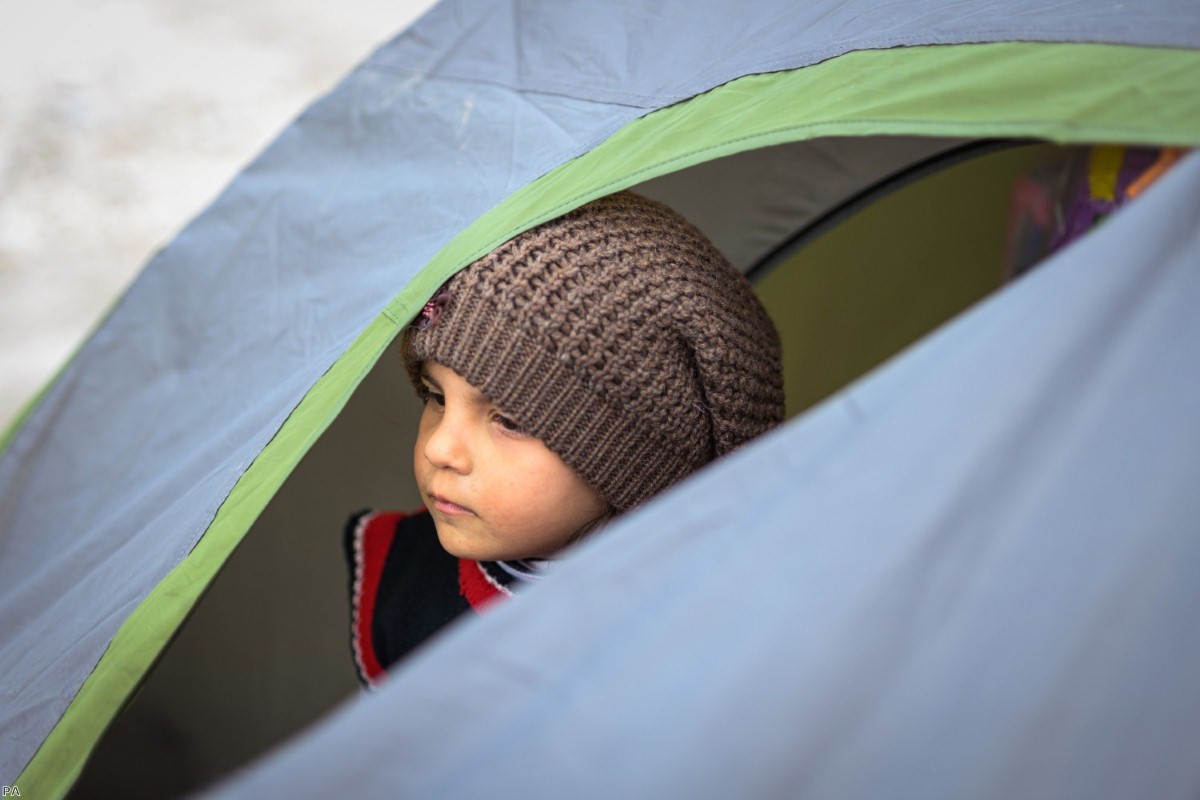 Europe is illegally forcing refugees away from its borders

The EU's long-awaited New Pact on Migration is out. Rather than inspiring any shimmer of hope for a more humane approach to asylum and migration, it promises to further toughen Europe's migration policy.

There is a strong focus on collaboration between member states on the return of people who have been refused protection or asylum, which will be accompanied by a new role within the Commission for an EU coordinator for returns. A strengthened border control protocol is on the cards, to ensure "full checking" of everyone who enters the EU's borders. It will continue a culture of state 'pushbacks' – the illegal forcing back of people crossing borders, including vulnerable groups claiming refugee status or other forms of international protection.

It's within this context that civil society groups across Europe have come together to launch a new cross-European partnership against illegal pushbacks at Europe's internal and external borders, on land and sea. The End Pushbacks Partnership, consisting of ten organisations monitoring pushbacks and advocating against border violence across Europe, is demanding accountability as part of the New Pact. It calls on the European Commission to play a more decisive role in holding member states to account if they resort to unlawfully pushing individuals back when crossing borders in search for protection.

The evidence that illegal and violent pushbacks are occurring at the EU's borders is abundant. It ranges from witness accounts to images, videos, NGO and civil society reports, active inquiries, investigations and case law. Yet the violations continue, ever more frequently, visibly and violently.

In Greece, pushbacks at sea have not ceased. In mid-August, another illegal pushback off the coast of Lesvos was recorded. The Hellenic Coast Guard refused the rescue of 34 people despite distress calls. One-hundred-and-fifty-nine people were subjected to illegal pushbacks in the span of a week. Border Violence Monitoring Network's (BVMN) analyses of video footage show involvement of the Hellenic Coast Guard in pushbacks. A New York Times investigation estimates 1,072 people have been illegally expelled since March.

On the land border to Turkey, Greece will go ahead with plans to extend a cement and barbed-wire fence. UNHCR called on the Greek government to investigate the reports and their own recorded data of pushbacks. Meanwhile, at the Croatian border to Serbia, Asylum Protection Serbia reported pushbacks of 20 people. The continuing pushbacks across the border to Bosnia are creating a dangerous bottleneck at border towns and a growing humanitarian crisis.

Alarmingly, the Asylum Information Database (AIDA) found an increase in pushbacks at both side of borders in more than half the European countries analysed, including Bulgaria, Hungary, Poland, Cyprus, Spain, Turkey, Romania, Serbia, Greece and Italy, as well as at internal borders with other EU member states.

Pushbacks are an undeniable Europe-wide phenomenon. They can no longer be ignored. We now live in a Europe where displaced individuals are forcibly marked with red crosses when they attempt to access EU territory, where individuals in distress at sea are attacked and fired at by EU coast guards in broad daylight, and where people fleeing war torn countries are shot dead when attempting to cross EU borders. Contrary to the values upon which it was founded, the EU remains largely silent.

The question is now how the EU will now choose to react to this endemic erosion of its constitutional commitment to human rights. The End Pushbacks Partnership is sending a clear message to the EU and its member states: pushbacks and human rights violations at borders are unlawful and unacceptable, and must be brought to a halt. It is time for the European Commission to take a more decisive stance against these violations carried out by member states, and for much stronger accountability mechanisms.

By joining together in solidarity across Europe, we hope to contribute to an end of silence and inaction, and to the beginning of a Europe that truly protects its fundamental values of human rights and human dignity.

Selma Mesic is coordinator of the End Pushbacks Partnership.