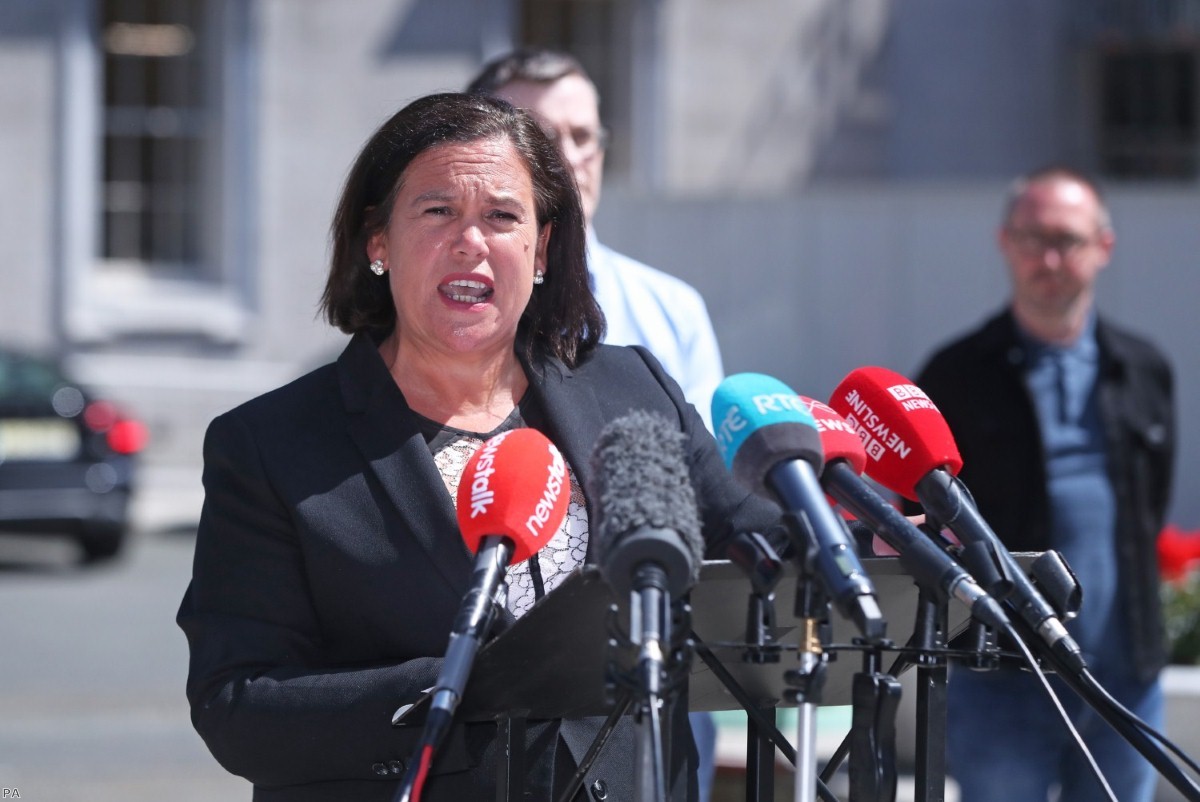 It is always troubling to see the winners of the popular vote usurped when it comes to forming a government by the very people they beat, but that is now happening in the Irish Republic following February's general election.

Sinn Fein scored a major breakthrough at the time, topping the poll. Having expected modest gains, the party is no doubt kicking itself for limiting its advance by not fielding enough candidates under Ireland's single transferable vote system to capitalise on its popularity.

Despite capturing the national mood when it came to addressing cost of living issues and homelessness, the radical solutions offered by Sinn Fein will have to wait. Instead, the second and third placed parties – Fianna Fail and Fine Gael – are now aiming to form a coalition with the Greens. A programme for government has been agreed this week by the respective party leaders, who are now consulting their members.

In a departure from convention, the role of Taoiseach will be shared, with Fianna Fail's Micheál Martin taking the first turn until the end of 2022 and Leo Varadkar, the incumbent Taoiseach, taking over from that point until the next general election.

So: what happened, will this coalition last and what does it mean for British politics?

It was clear early on that Fianna Fail – which had been propping up Varadkar's Fine Gael government on a confidence and supply arrangement for the past few years – would, in the final analysis, prefer to carry on working together rather than allow Sinn Fein to take the reins.

The two big centre-right parties, who were once sworn enemies, are worried that a realignment is taking place in Irish politics and this is their last chance to avoid it. Their clammy embrace is a blatant attempt to stymie Sinn Fein's progress. Once normalised, the Shinners would upend Dublin's cosy cartel and provoke a more familiar left/right politics.

So this is a pyrrhic victory. Micheál Martin already faces grassroots pressure to reject the deal after repeatedly ruling out a coalition with Fine Gael in the past. He and Varadkar are standing two metres apart at the bar in the last chance saloon. It is likely each would have faced a leadership challenge, with Martin in particular desperate to avoid the tag of being the only leader of his party never to become Taoiseach.

'Maradkar' is the result. A losers' coalition of silver and bronze – with the Greens, who did not even make the podium, helping make up the numbers. The programme for government promises a strong green character, although there is also going to be an office to prepare for a 'shared Ireland' in a response to Sinn Fein demands for a referendum on Irish unity.

There will be enormous pressure on the Greens not to become an accessory to a centre-right government. Already there is talk of a leadership challenge against their leader, Eamon Ryan.

Then there is the problem about who, ultimately, will call the shots. Coalitions usually see a single main party augmented by a smaller party or parties. Complementarity, not equality.

How does either party use their turn with the top job? Will Fianna Fail avoid hard decisions, hoping to pass them along to Varadkar to deal with? Will he, in turn, insist that problems are dealt with on their watch? Keeping this show on the road will prove exhausting.

Sinn Fein recognised early on that they were fighting a losing battle with the Dublin establishment. The coronavirus shutdown put paid to their efforts to strongarm the other parties into talks, following a series of well-attended public meetings around the county. Party leader Mary-Lou McDonald will now aim to make their breakthrough a bridgehead, further entrenching her position and forcing the governing parties to devour each other, while colonising the red/green space in Irish politics.

The Shinners will now opt for the long game. It's something they are experts at, having gradually superseded the moderate nationalists, the SDLP, in Northern Ireland. Martin, in particular, is worried they will repeat the trick in the south and undermine Fianna Fail's long-term position, with figures in his party who would have actually preferred a tie-up with Sinn Fein.

So, what does all this mean for British politics? Micheál Martin is a familiar figure as the foreign minister in the last Fianna Fail government a decade ago. But there will be few chinks for Boris Johnson to exploit as he continues to bluff over trade deal negotiations with Michel Barnier and prevaricate about the Irish Protocol that effectively keeps Northern Ireland tied to the EU. The Irish political system stood four-square behind Varadkar over how to respond to Brexit and that will not change.

So, the Irish political system gets one last twirl around the dancefloor, while relations between Dublin and London remained strained. With reports that Ireland’s economy is set to  contract by ten per cent this year and unemployment hit 22%, Sinn Fein might see a silver lining.

If there was ever an election for them to lose, it was probably this one.

Kevin Meagher is the author of A United Ireland: Why unification is inevitable and how it will come about. You can follow him on Twitter here.