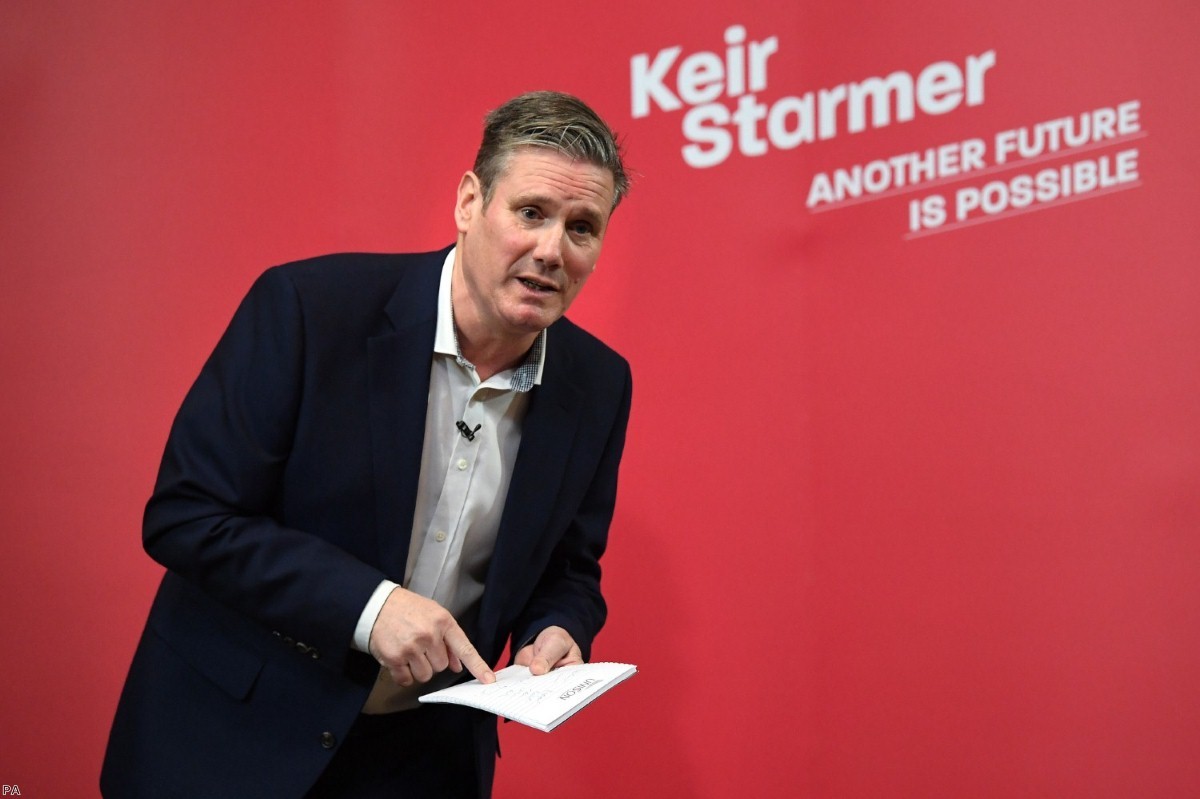 Starmer is the John Smith of our times

The Labour leadership contest seems to have gone on longer than those endless repeats of Friends on Comedy Central, only without the laughs and occasional dramatic highs. And while another episode of Friends is usually worth a watch, many will have already switched off from this leadership battle.

Tension was not increased by the results of a recent YouGov poll, which suggested Keir Starmer is heading for a comfortable victory, perhaps on the first ballot. Pulses have not been set racing by the speeches and hustings of the past few weeks. Enthusiasm has been contained.

Perhaps this is sensible. Fireworks displays are exciting but are over rapidly, leaving a big clear-up job to do. It has all gone on too long, but the winner, whoever it is, will not have been overhyped.

'Whoever it is'… let's not be coy. Starmer is almost certainly going to be the next Labour leader. And much of the criticism of this overlong, under-thrilling contest has been directed at him. Why is he playing it so safe, people have asked. Where is the boldness and dazzling clarity? Why won't he confront Labour members with what they need to hear?

Political courage can take different forms. Sometimes it might involve picking a fight. But sometimes it might mean being patient and choosing your moment to strike. It must have taken courage as well as persistence for Starmer to help drag the Labour party to a rational – if convoluted – position on Brexit. But he got there in the end. The election result was terrible for Labour, but if the party had stood as another, slightly less enthusiastic, Leave party it would surely have been worse.

Folk memory has it that, in the mid 1990s, the dynamic phenomenon of New Labour appeared, seized the moment and drove on to a glorious victory in 1997. And the folk memory is roughly right. But it is an incomplete and perhaps misleading version of events.

On May 11th 1994 the pollsters ICM gave Labour an 18 point lead over the Conservative government. But Tony Blair was not yet leader of the Labour party. The leader was John Smith.

One of the biggest 'what ifs' of post-war British politics is: what if John Smith had not died at the far too early age of 55? The short and accurate answer is we don't know. But it seems likely Labour was heading to election victory. Black Wednesday and its aftermath had destroyed the Conservatives' reputation for economic competence. Smith had declared that John Major was "the devalued prime minister of a devalued government" and nobody could disagree.

The generation of Labour figures who were waiting in the wings – Blair, Brown, Mandelson, Campbell – were to varying degrees troubled by Smith's steady and cautious approach to leadership. They were impatient for faster change. Jack Straw had raised the possibility of amending the party's old clause IV – something Blair was to do later – but Smith had rejected the idea. He argued that the old clause IV, which in theory committed the party to widespread nationalisation, was rather like an old religious icon in a church. According to Smith's biographer Mark Stuart, he felt it could be moved to the side of the church because it was no longer central, but people could still go and see it if they wanted to.

When asked about his pragmatic and incremental leadership, Smith explained: "I don't think you should rush forward and put everything in your shop window for next Wednesday. I think you've got to do the patient and careful work, taking some original thoughts, working them through in practical ways, and when you're ready to do so, presenting them to the public in a way which commands and maximises not only support for the policies but for the party."

Remind you of anybody? Starmer is also being criticised for not moving faster against the far left and for trying to maintain party unity, much as Smith had done, for instance by working closely with deputy leader Margaret Beckett, a former Tony Benn supporter. "Proof that the rehabilitation of offenders act is working," he joked.

Are there any other similarities between Starmer and Smith? Stuart provides a few parallels. Both are or were lawyers, and powerful advocates. "Both offered a pause for breath," Stuart says, "after a period of dramatic change – rarely is a reforming leader followed by another one – the Labour party can only absorb so much change. Both emphasised social justice and inequality. Both understand that governments often fail, rather than oppositions winning elections. Starmer has all the forensic skills of Smith in terms of holding the government to account over Brexit, but he may have to wait a fair while for the Tories to fail. Both too would offer reassurance to an English middle class electorate that is always wary of Labour running away with their money."

Even after a few years of a Smith government, New Labour in one form or another would probably have arrived eventually. Maybe the old Clause IV would have gone too. When it did, as well as the old language about "production, distribution and exchange", another phrase that went referred to "the workers by hand or by brain". Labour's problems with its heartland voters may stem back to its memory loss with regard to manual workers.

Starmer can be criticised for being careful and untheatrical. He is not being rash. He is no Tony Blair tribute act. But maybe up against the debauched incompetence of Boris Johnson, a careful, competent lawyer who works steadily to build support while maintaining party unity is exactly what Labour needs. Pretty soon, it seems, we shall find out.

Stefan Stern is a journalist and author. He is a regular contributor to The Guardian and the Financial Times. His latest book "How To Be A Better Leader" was published last year.