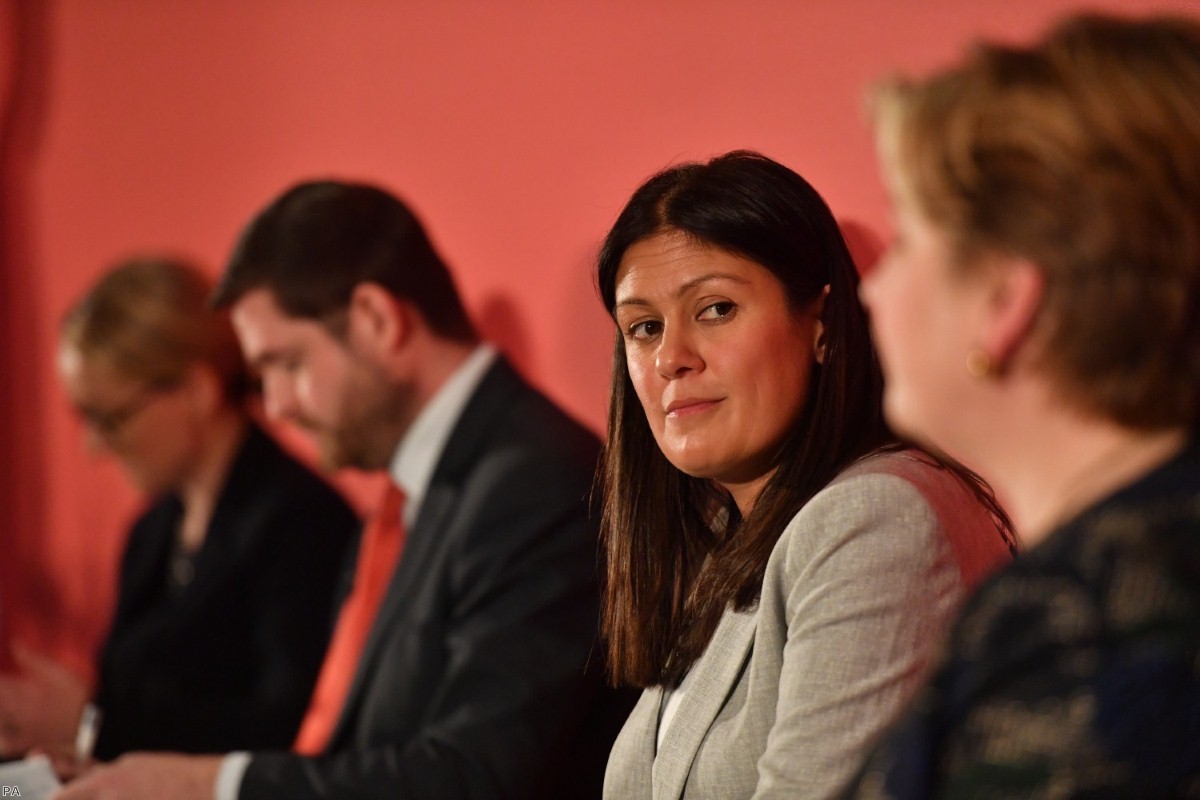 Blink and you might have missed it, but Lisa Nandy recently made the most significant comment of the Labour leadership contest so far.

Speaking to the Evening Standard, she hinted that as Labour leader, she would support tax rises for lower and middle earners in order to fund public services.

Asked if she might raise the basic rate of income tax, she replied: "I do not believe that you can go to the country and argue for the level of investment in public services that we did at the last election without being honest and clear about where that money comes from. And that does mean raising money through tax revenue."

Were Labour under Nandy to go into an election promising income tax rises for the average voter, it would be one of the biggest political risks taken by a major party in modern times.

Since 1979, the basic rate of income tax has only ever headed downwards. Branded as a high tax party by the Tories, Labour came to shy away from hiking income tax.

Even in the 1992 election, Labour's 'shadow Budget' promised to cut taxes for the average person – the 'tax bombshell' of political folklore would have been restricted to higher earners.

It was no accident that five years later, New Labour pledged not to raise income tax at all. And when Gordon Brown did increase tax on the lowest earners in 2008, it caused a political storm that forced a partial U-turn.

In short: tax is toxic for Labour.

This is why Jeremy Corbyn and John McDonnell went into the 2017 and 2019 elections pledging not to raise taxes on anyone earning below £80,000 a year, instead focusing big tax rises on the highest earners and even accepting Tory tax cuts for people earning more than twice the national average.

But in 2019 it fell apart. Labour's 2017 manifesto had blind spots, particularly around welfare, that the 2019 version tried to address. But that required even higher spending increases. And while Labour repeated its tax pledge from 2017, voters simply didn't believe it. The sums seemed fantastical. The daily promises of new giveaways added to the sense of a party on a pub crawl. And while Labour's giant infrastructure spending plans didn't require tax rises, all the sums merged into one gargantuan blob in the eye of the electorate.

This helps explain why Nandy is ready to cross the line even Corbyn dared not touch.

On the one hand, this makes sense. Labour clearly lacked credibility with voters in its tax plans – and if voters don't believe your tax promises, they're not going to believe your flashy spending promises or your ability to manage the economy either. Squaring with voters, being 'honest and clear' about the need for everyone to pay a bit more so that everyone can benefit from what it buys, helps address that.

On the other hand, people don't like paying more tax – and Labour still has room to fall at the next election.

Labour could, of course, just cut back its manifesto. But its infrastructure spending and renationalisation programme did not, at least on the surface, require upfront tax rises – this is marked as 'capital' spending that generates a return.

The 'revenue' spending, which needs taxes to fund it, goes on necessities like health, education, social care and benefits. Labour, from Nandy herself to the membership, would be loath to start dropping those commitments and accept some of the human cost of austerity.

Which is why Nandy wants to make tax more popular. "We need to change the debate," she said in a speech last month. "Tax is not an evil. Tax is how we contribute to something bigger, better than ourselves."

Honesty may indeed be the best policy towards a public justifiably cynical towards politicians' spending pledges.

But raising income tax still has its limitations. The Lib Dems said their 2019 election pledge to increase the basic rate of income tax by one percent would raise an extra £7bn a year for health and social care. Labour's 2019 manifesto pledged an extra £83bn of public spending a year by 2023/24 -around 12 times as much.

If Nandy is going to front up to the electorate about the need to raise their tax, she may as well front up about the reality of public spending – if you spend money now, you can save money later.

Keir Starmer remains the clear frontrunner in the Labour leadership contest and has restricted himself to repeating Corbyn's pledges to hit the rich on tax. But that just won't wash with the public anymore.

Whoever becomes Labour leader is going to have to grasp the nettle of either making most people pay more, or baking aspects of austerity into their agenda. Otherwise, Labour faces electoral disaster once more.