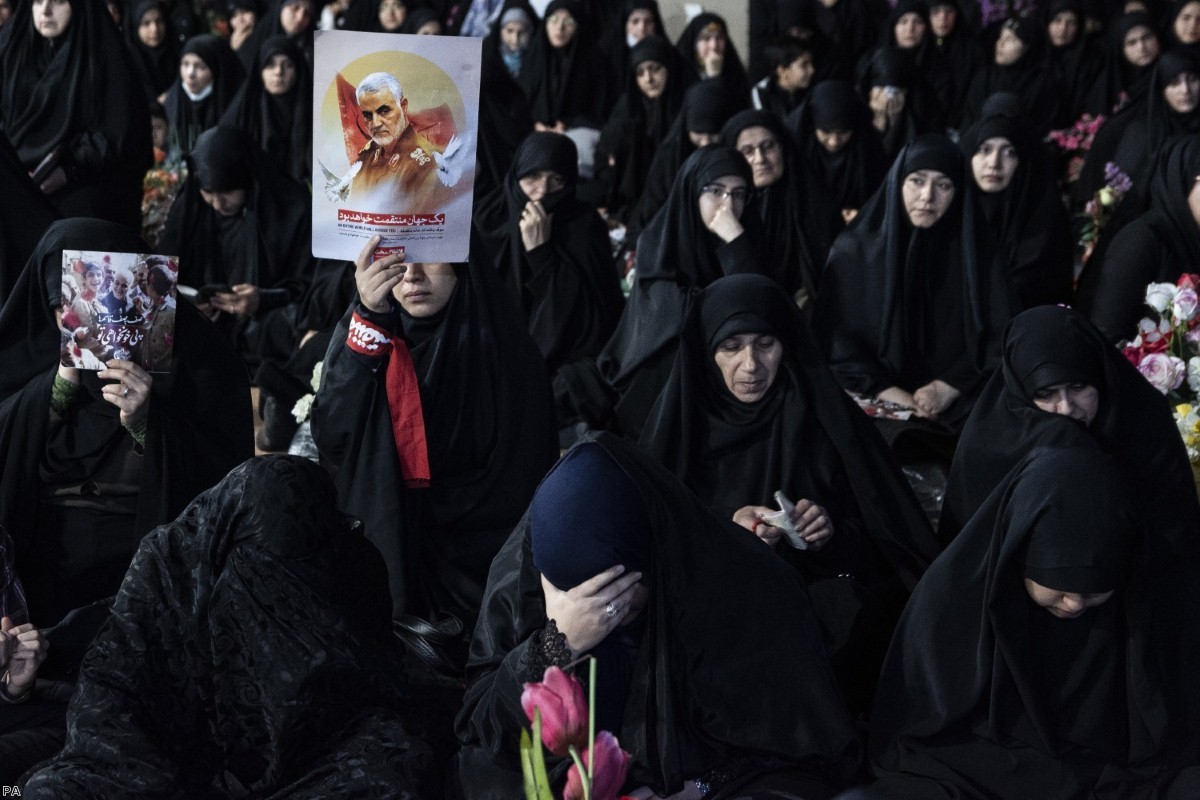 Iran provides Johnson’s first major security test: Is he up to it?

The US' assasination of Iran's most powerful military commander, Qasem Soleimani, led Labour leadership hopefuls like Keir Starmer and Lisa Nandy to loudly deplore President Donald Trump. But there was a more cautious approach from Boris Johnson.

He released a statement saying he would not "lament" his death and then signed a joint statement with President Emmanuel Macron and Chancellor Angela Merkel urging restraint on all sides. He seems caught between European and American responses to the growing crisis.

It is true that few in the West will lament Soleimani's death. As head of the Iranian military, he was one of the architects behind Bashir al-Assad's war against Syrian rebels and the rise of pro-Iranian paramilitaries in Iraq.

What is less clear is the strategic framework behind the US' decision to target Soleimani now. In a break with precedent, the UK government was not pre-informed of the decision to assassinate Soleimani. Foreign secretary Dominic Raab said he found out about the decision "as it happened".

As has so often been the case with Western involvement in the Middle East – with Iraq, Syria, Libya, and most recently Iran – Britain finds itself toeing a difficult line between Europe and the US. Trump's presidency has made treading this line trickier as his actions on the world stage are wild and unpredictable, with no clear strategy. Trump's threat on Sunday to target Iranian cultural sites – a war crime under both the Hague and Geneva conventions – reiterated that fact.

Our European allies, on the other hand, insist on de-escalation of tensions and full Iranian cooperation with the UN's International Atomic Energy Agency to save a nuclear deal that took fifteen years of negotiation.

It's a substantial divide. Articulating the British response will not be straightforward. US secretary of state Mike Pomeo has already expressed disappointment with the British reaction.

But Johnson must also balance his approach with the views of the British public, who have become increasingly anti-war.

The post-EU Britain will be tempted to pivot more towards the US in search of security and a favourable trade agreement. But it would be wise to keep some distance and not just because of the unpredictability of Trump. The ramifications of the last time a UK government boldly followed a US administration into war are still being felt nearly seventeen years later.

Johnson’s joint statement with Macron and Merkel, despite the looming Brexit deadline, suggests Johnson may be going the other way. It indicates that firm security and defence cooperation with our nearest allies will outlast the UK's membership of the EU. This stance will likely align with the public's desire for a more responsible and considered approach to intervention, as opposed to the bullish stance that President Trump and his hawkish advisers appear to favour.

This situation will hold for now, as long as nothing else changes. Yesterday's strike of ballistic missiles at Western airbases in Iraq may be a face-saving measure and the end of the matter. But if it escalates its retaliation, Johnson will be forced to respond. The array of divergent interests he needs to balance – not just those of Europe and the US, but also the deeply divided public – make it unlikely that everyone will be pleased. The crisis will provide the first clear test of how Johnson will try to navigate these treacherous waters.

Flora Holmes is a researcher at the British Foreign Policy Group.