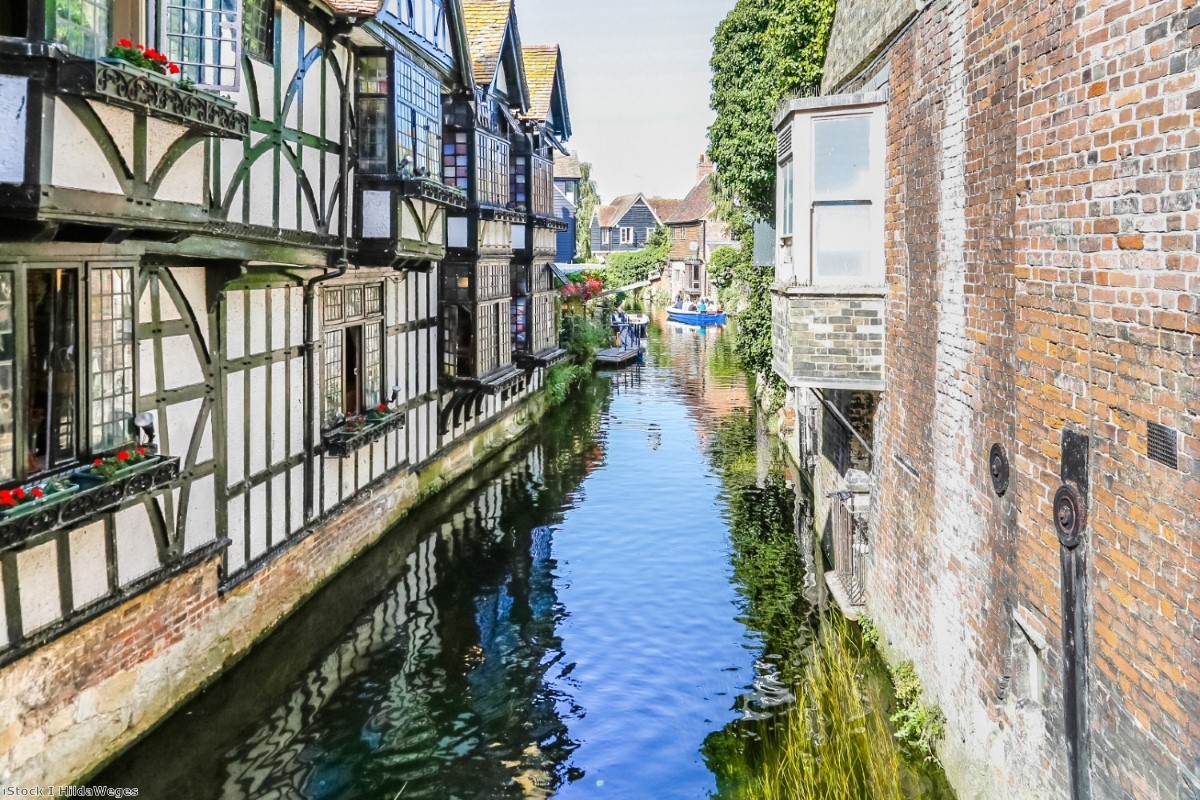 Canterbury: Fighting to hold the anti-Tory vote together as election approaches

In 1997 I voted for the first time, in the constituency of Canterbury. Even in the landslide of Tony Blair's first win, it wasn't a seat that was going to go Labour. But 20 years later, in 2017, it did. By fewer than 200 votes, Rosie Duffield won the seat for the first time in history, ousting the 30 year incumbent Julian Brazier.

Canterbury is a splash of red in a sea of blue throughout the rest of Kent. It's a Cathedral city but also increasingly a student town, with two large and growing universities. As a result of this it is also – just – a Remain constituency – though the local authority which includes Herne Bay narrowly voted Leave. The University of Kent has branded itself as the 'European University' and Remain sentiment is strong among the more middle class and affluent remain voters there.

This weekend I returned to Canterbury so I could witness a campaign day for Duffield, largely organised online by comedian and commentator Ayesha Hazarika. There was a strong turnout of over 60 people, including the leader of Hammersmith and Fulham Council Steve Cowan, the general secretary of Unison Dave Prentis and Labour stalwart Lord Alf Dubs.

More pertinently, there was a strong contingent there from the Jewish Labour Movement, who have released a statement saying that they won't be campaigning generally throughout the election. They are working in a few seats for those they feel have been specific allies. That Duffield is counted among them shows the depth of the regard for her across the party.  The question is, can she replicate this kind of enthusiasm across the constituency?

The odds are against her. The betting markets predict that a split in the Remain vote might see the Tories take the seat back. But some of the signs on the ground are good. Those out on the weekend's mass canvass reported Liberal Democrats saying they would lend her their votes and the previous high profile Lib Dem candidate – journalist Tim Walker – pulled out at the last minute to support her, although he was subsequently replaced by Lib Dem HQ. There were even Lib Dem members along for the canvassing. This is why Duffield described herself as "cautiously optimistic".

The local Labour party is more organised here than it used to be. Local activists have been rebuilding it from the ground-up over a number of years. By 2015 they achieved the biggest swing to Labour in south-east England – a sign that the result here in 2017 wasn't just part of the national Corbyn-led surge.

Part of this is the changing demographics of the seat. Where the coastal town of Whitstable used to be largely a Conservative retirement area, it now has a thriving arts scene. It's covered in Labour campaign boards. There is now only one Tory councillor left in the whole of the wards covering the city itself. "It's become younger, more diverse in its population," local councillor Pat Edwards says. "We have a huge number of students and with them come academics and professions."

There are also a number of social housing estates in the city. In fact, despite Canterbury's chintzy projection to the world, one ward there has some of the highest levels of deprivation in the UK. In recent years Labour ran a highly targeted Get Out the Vote operation here – achieving turnout of over 70% in 2017. "That's what made the difference," Edwards says. "They came out and voted." That could again be a deciding factor.

Labour locally are also making sure they have no 'no-go' areas, focusing on the leafy satellite villages as well as the city. In fact, local stories have it that Brazier knew he was in trouble when picturesque Chartham went for Labour.

Edwards says that the key in winning last time was the combination of Duffield being the right fit and the manifesto inspiring voters and activists. "Rosie herself and the things she's interested in – having had the experience of being a single parent, being on a low wage – worked with the Labour agenda on the estates. You could feel the change when [the manifesto] came out."

Labour are hoping that they can pull off this turnaround again. This election is harder to call in some ways than the polls indicate. Every seat has its own complications. Each is like a mini byelection, with Remain Alliances – formal and informal – and huge enthusiasm gaps between seats, activists and parties.

It will be in seats like Canterbury that Boris Johnson will find out if he will get his majority. The Labour party have spent many years building a new alliance of progressive voters, but the Tories are working it hard. The question of the day will be to what extent that alliance holds together.

Duffield is convinced that she has more to give. "I don't feel like my work here is done," she says. In three weeks time, we'll find out if the people of Canterbury agree.

Emma Burnell is a journalist and political consultant. She is also writing her first play.