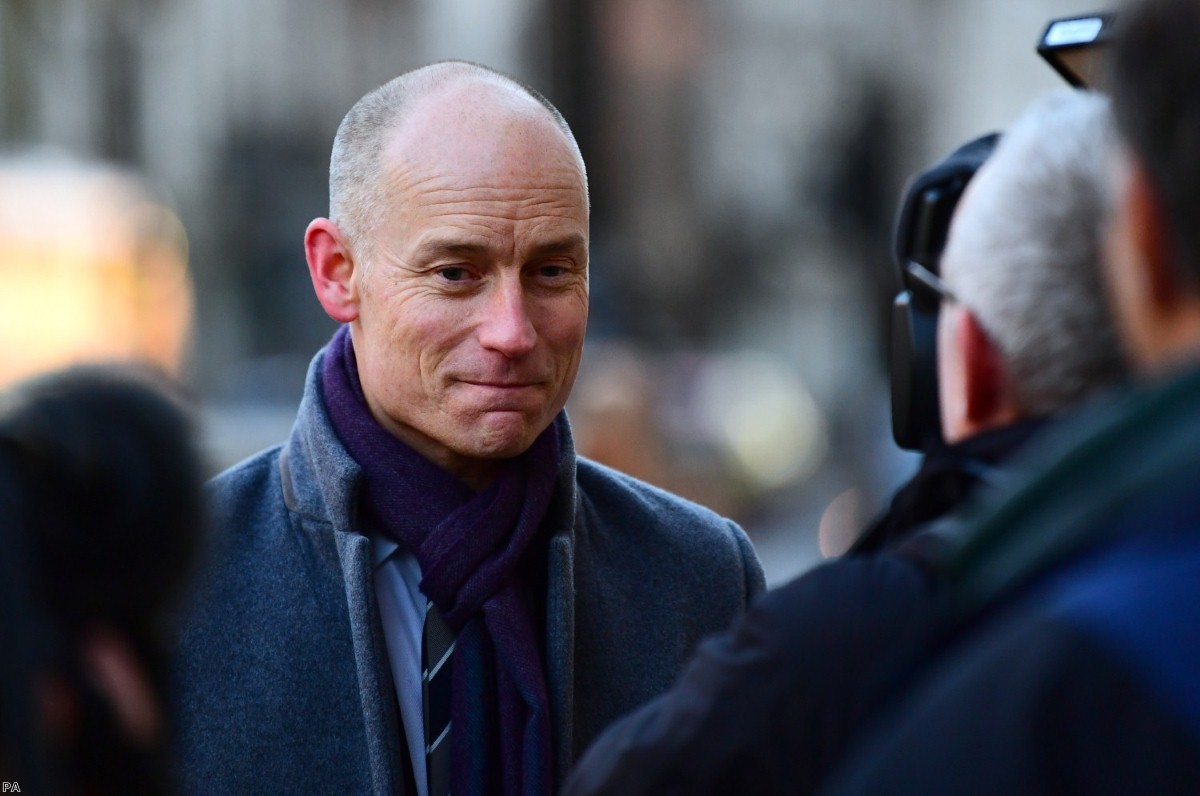 You just can't keep an old clan down. Stephen Kinnock, son of former Labour leader Neil, has been touring the studios promoting the cross-party 'MPs for a deal' initiative as a solution to Britain's Brexit deadlock.

Including a smattering of Tories plus Norman Lamb, the grouping is dominated by Labour MPs who oppose a second referendum and want to back a deal to get Brexit over the line without the chaos of no-deal.

The Labour rebels are mostly not 2016 Brexiters. Instead they are driven by a conviction that Brexit must be delivered for democracy's sake, combined in some cases with a fear of their constituents' wrath if it isn't.

With no-deal and no-Brexit hogging the discourse, they see themselves as the moderate middle, defined by their somewhat performative pragmatism and their absolute determination to avoid a second referendum.

Some of these MPs voted for May's withdrawal agreement. Others didn't, leaving many observers distinctly unimpressed by their subsequent handwringing. But while it is true they have taken an absurdly long time to actually reach a position, they do have a defence of sorts – they felt Theresa May's preferred Brexit was flawed and wanted changes made to it.

What is less clear is why they think only they were allowed to reject a Brexit deal they didn't like, while everyone else who did likewise is caricatured as extreme.

The withdrawal agreement bill the Labour rebels agreed to was never put to a vote. It includes concessions which they make great play of – keeping pace with future EU employment law, maintaining environmental standards, near frictionless movement of goods while leaving the single market.

To be sure, these are improvements on May's proposals – though they fall far short of single market and customs union membership, let alone the status quo. Nor is it clear how they could hold a Tory prime minister to honour such compromises once Brexit had been achieved. After all, a Tory majority government could simply legislate those concessions into thin air.

These concessions clash with the Tories' Brexit agenda, and many are anathema to right-wing Brexiters. Future governments would have to pass employment laws simply because the EU had decided to implement them via a process in which Britain had no input – the very opposite of 'taking back control'.

Tory Brexiters want to strike trade deals with Donald Trump and sweep away environmental and employment regulations – otherwise, their bankrollers ask, what is the point of Brexit? Yet the Kinnock concessions make this much harder to achieve.

This returns to a fundamental problem with Brexit. Even if every single MP agreed with Brexit as a democratic necessity, there would be huge disagreements over how it should be done. Single market, or not? Customs union, or not? Free movement, or not?

Boris Johnson cannot and will not offer the Labour rebels this deal – even if he wanted to, the ERG wouldn't let him.

What he may offer them instead is a Northern Ireland-only backstop. This will likely contain none of the Kinnock concessions. Its aim would be to open the door to a US trade deal, requiring more, not less, deviation between the EU and Great Britain. From a left-wing perspective, it would not only be worse than the Kinnock concessions. It would be worse even than the withdrawal agreement many of the rebels voted against three times.

Which leaves the burning question – are the Labour rebels so opposed to a new referendum that they will back a deal that could give the Tories licence to wreak havoc on Britain's employment, consumer and environmental protections?

Are they so committed to upholding a public vote that they see such things as a price worth paying just to avoid another one?