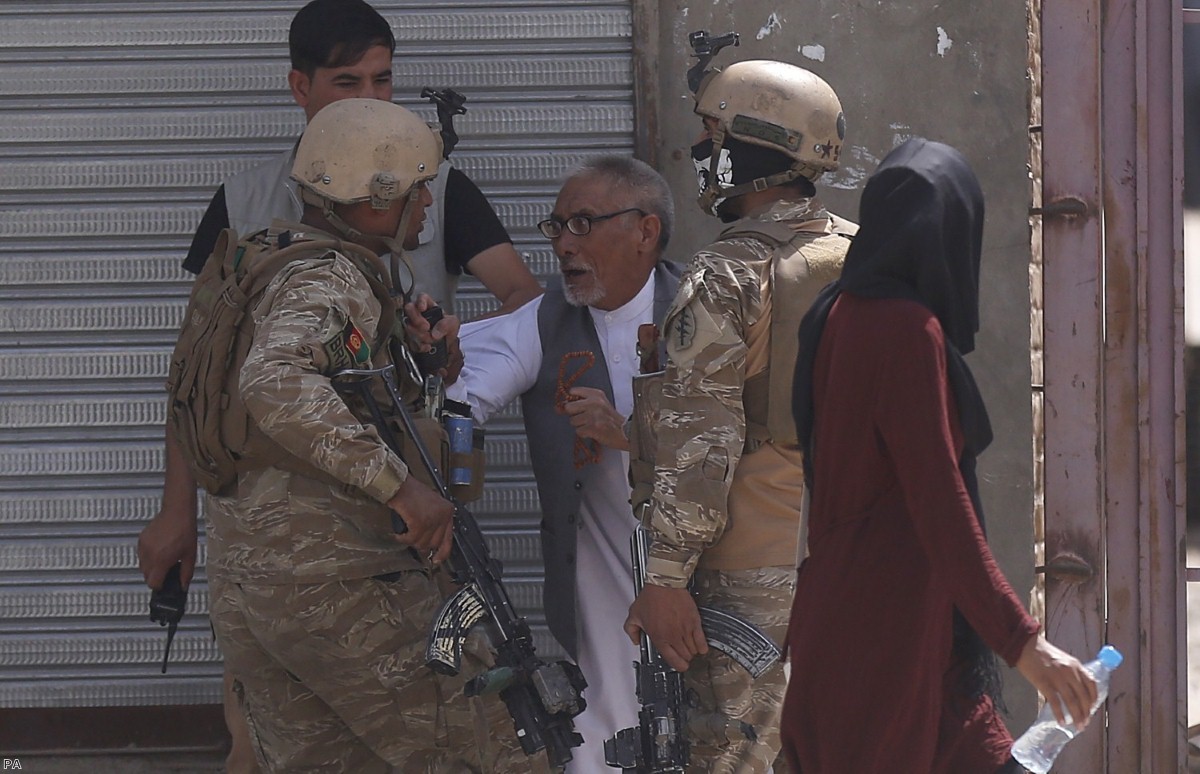 Out of sight: British press ignores the continuing horror in Afghanistan

Last Wednesday, a car bomb exploded in Kabul. It killed at least 18 people and injured over 100 more. The atrocity was claimed by the Taliban, who said it had targeted a 'recruitment centre' to kill soldiers and police officers.

The attack comes as the Taliban is holding peace talks with the United States. Both sides are seeking to establish a timetable for American troop withdrawal. This has even included the Taliban meeting Afghan government officials at peace talks in Doha and sitting down with female representatives.

It wasn't unexpected. In the midst of the peace talks, Afghanistan is witnessing a sharp rise in violence.

These continued attacks on civilians by the Taliban may represent an attempt to gain leverage in the peace talks and exert pressure on both the US and Afghan government. Certainly, there is a determination to exert the bloody 'propaganda of the deed' across the nation.

Kabul was the city most impacted in July 2019, with almost a third of all civilian casualties occurring in the capital. Almost nine out of ten of those killed or injured were victims of one of the most pernicious weapons of modern times – the improvised explosive device (IED). And one of the deadliest forms of IED, the suicide attack, dominates. It accounted for more than half of all civilian casualties last month.

The suicide bomber is a relatively new phenomenon in Afghanistan. Traditionally, the mujahideen in Afghanistan were careful not to lose men in battle against the Soviets. Martyrdom was not part of their culture. In the 1980s, they even asked the Tamil Tigers if they could supply Sri Lankan suicide attackers in exchange for money. And when the CIA-sponsored Pakistan intelligence services tried to find a suicide bomber to detonate a vehicle bomb in the 1.6-mile-long Salang Tunnel, in a bid to destroy the crucial north–south Soviet supply route, there were no takers. Suicide, they said, was a sin.

No longer. Years of violence, and a rise in global Salafist-jihadism, has hardened the resolve of Afghan's fighters. Since late 2010, there have been at least 489 suicide strikes in Afghanistan, killing and injuring over 15,000 people.

While the Taliban are not the only people waging war, they are the most harmful. We know the perpetrators responsible for 60% of the civilian casualties so far this year and, of those, 70% were from Taliban bombs. This reflects the increasing power that Taliban forces hold in Afghanistan, a force that has now retaken control of large swathes of the country and holds more territory than at any stage since the US invasion in 2001.

This is not to say the Taliban are the only ones responsible. So far this year, Nato's interventions have led to at least 30 explosive violence incidents, causing the death or injury of some 280 people, of which 11% have been civilians. US forces have been reported to have been behind a further 19 incidents, harming 197 people, of which 49 were civilians. The US' civilian-harm ratio is over twice that of Nato's – possibly reflecting a more gung-ho approach by the Americans.

Such rising violence in the country, though, has been largely ignored by the UK media. An examination of UK news outlets shows that some of Britain's most influential press outlets have severely under-reported civilian casualties from explosive weapons in Afghanistan since the beginning of the year.

Overall, the BBC, The Guardian, and The Independent, have reported on only 13, five, and six specific explosive violence incidents respectively, though they did report on UN findings in April that more Afghan civilians were being killed by pro-government forces than by Taliban.

These outlets’ individual reports on distinct incidents against civilians each represent less than three per cent of the total 401 explosive incidents in the country.

The Daily Mail, who use a greater number of wire services, have reported on 43 incidents or 11% of the total number. The Mail listed some 1,504 civilian casualties being harmed, or 64% of the total civilians killed or injured as reported in global media. Despite this, a comprehensive Google search shows that the Daily Mail has published just a few in-house articles reporting on the rising explosive violence in Afghanistan since the beginning of the year.

The impact of this under-reported but escalating violence is unclear. Both the US and the Taliban insist there has been progress in the peace talks and have reportedly resolved differences over the withdrawal of US troops from Afghanistan. But it raises a fundamental question: has the West's intervention in Afghanistan since Operation Enduring Freedom in 2001 made the country a safer place?

Judging by the current maelstrom of violence in Afghanistan, the answer has to be no. But if you only read the British press, you wouldn't easily come to that conclusion.

Iain Overton is the executive director of Action on Armed Violence, a London-based charity that charts explosive violence globally, and author of The Price of Paradise: How the Suicide Bomber Shaped the Modern Age.