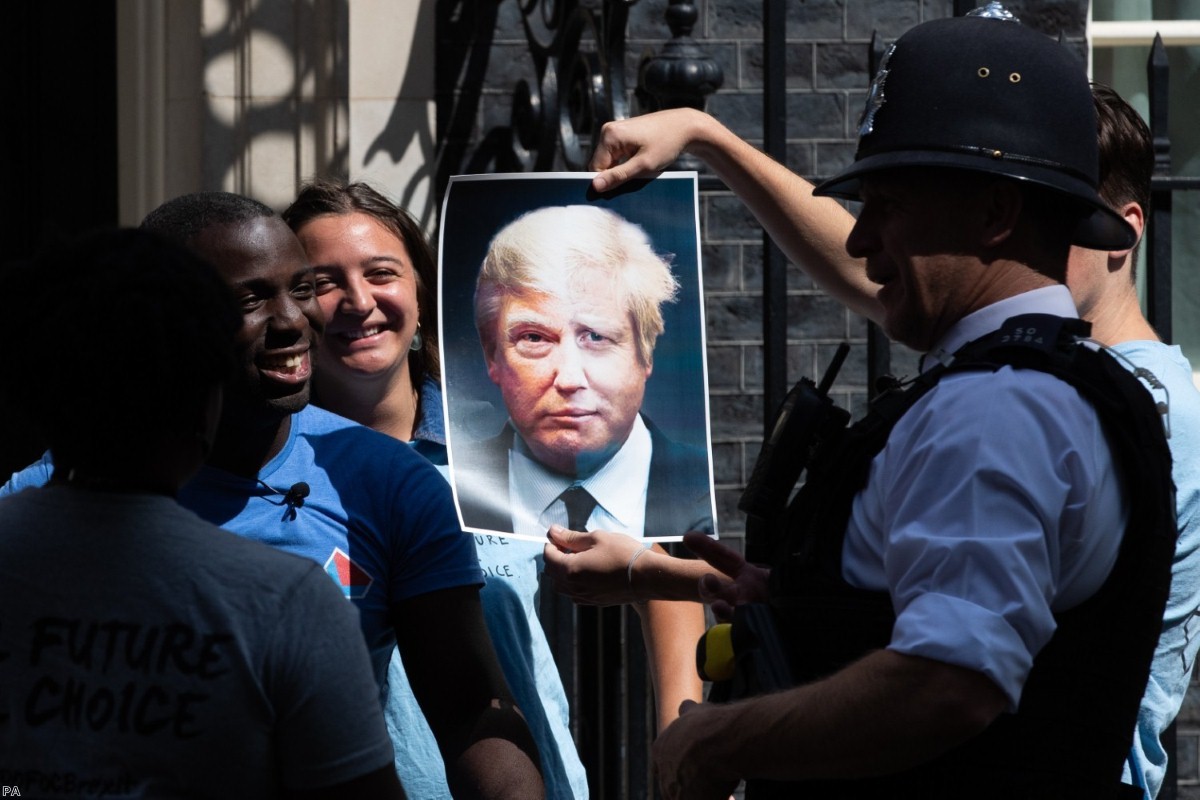 It is part of the price of Britain's political life, especially if you become a minister. At some point you must give a speech for the sake of your party or government which is so cringingly horrible that it keeps you awake at night, repeating brokenly: "Did I really say that?"

For the sake of our Middle East minister, Andrew Murrison, I hope he never has to repeat the experience of his recent speech in reply to a backbench debate on Saudi Arabia. He rattled off bromides like machine-gun fire as he explained Britain's current "nuanced and complex" policy towards the country. It makes one proud to think that we are selling them nuanced weapons to kill civilians in Yemen.

It is indeed a complex task to ask the Saudis to buy more of them while pushing them gently not to detain quite so many people without trial and then torture and execute them. He managed to praise "the scale and scope of reform driven by Crown Prince Mohammad" without linking him to the murder of Jamal Khashoggi.

One sentence was especially revealing. He spoke of Britain's "frustration" when the Saudis detain people on "outrageous and ridiculous charges" – including teenage bloggers. "But that is because we are judging by our own standards and mores."

Indeed. That is a crucial test for Boris Johnson's new would-be Churchillian government, which has just reappointed Murrison to his post. Will it do more to express British standards and mores in its foreign policy?

One must be fair to Murrison and his new government. All of its predecessors, including Churchill's, have pandered to Saudi Arabia, ever since it came into being. We virtually created it – the only country in the world named after its ruling dynasty, whose founder, Ibn Saud, was advised by Kim Philby's father. We have pretended for generations that each new ruler from the corrupt and brutal dynasty is a great reformer and moderate and friend and admirer of our country.

But our servility will become even worse after Brexit. I write as one who urged the Leave cause in the referendum. I did so in the hope that an independent Britain would forge a political consensus to make the sacrifices needed to tackle big problems at home and abroad and pursue a creative, independent foreign policy. More fool me.

After Brexit we will have deserted not only our major trading partners but those most committed to our international values. We will make ourselves more dependent on people and powers who do not care about them at all. We will be begging them for trade and investment.

Already our 'tough' new foreign secretary Dominic Raab is desperately cosying up to Donald Trump. We will not get anything in an election year from him, least of all a trade deal, unless we help him get re-elected. That is how American politics works. If Johnson does not know this he is an even bigger fool than he pretends to be.

Post-Brexit we would become more dependent on China. Expect us to tone down to pianissimo any criticism of Xi-Jinping's totalitarian dictatorship, the biggest violator of human rights in the world, and the biggest contributor to climate change. Do not expect us to defend democracy in Hong Kong. Hold your nose as we ask the Chinese for a jackal's share for British business in their empire overseas.

Post-Brexit we will be desperate to sell more, not just to the Saudis but to every other despotic and corrupt regime in the world. We will want to sell more to Putin's ramshackle economy too, even if he murders more people in our country. We will be still more eager to launder dirty money from his cronies – or anyone else.

Those who thought British foreign policy was already too deferential will find things even worse after Brexit. Our diplomats will have to find more weasel words to placate our new paymasters. The FCO will have to rename itself the Fawning and Grovelwell Office.

Richard Heller was chief of staff to Denis Healey, then deputy leader of the Labour party and shadow foreign secretary, and Gerald Kaufman.