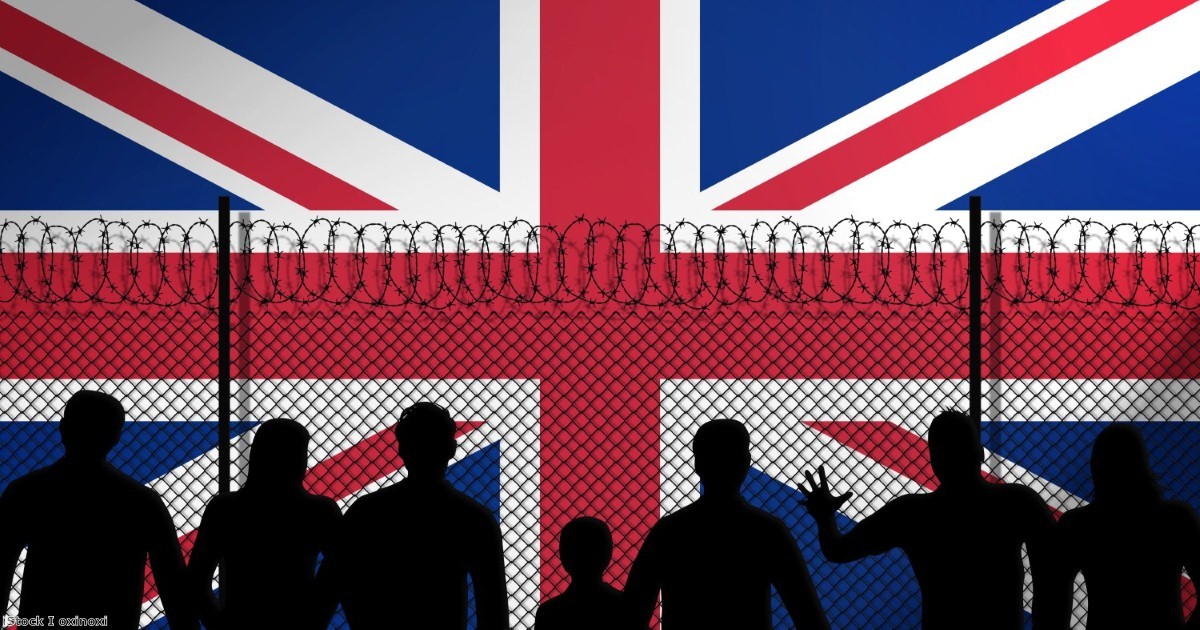 "Even if you've spent the majority of your life in the UK, it means nothing," says Sarah Jane, a 24-year-old who arrived in the UK aged six.

She's one of the young people being targeted by the Home Office's draconian approach to a kind of status called 'limited leave to remain'. Young migrants who've grown up in the UK are being driven into poverty by soaring fees, a neverending application process and kafkaesque examinations of national identity.

During the Tory leadership campaign, Boris Johnson called for migrants to learn English and integrate. "I want everyone who comes here and makes their lives here to be, and to feel, British. That's the most important thing."

But the young people trapped on 'limited leave to remain' already do feel British. The status is only given to people who have strong ties to this country. But despite this, the government's acceptance that they belong in the UK is grudging at best.

Fees have trebled since 2014, driving some young people into poverty. "They are charging people who are already vulnerable and have little money an extortionate amount," says Andrella, 20.

Limited leave to remain is granted in 30-month chunks, and has to be renewed to a strict timetable, each time with a new extortionate fee of £2,033. If a form is submitted late or incomplete in any way, it will likely be refused and the applicant loses their lawful status. It is only after ten years of unbroken limited leave to remain, that people can apply to be officially recognised as permanently settled in the UK.

Let us Learn, a campaign group which fights for the rights of young people trapped in the system, has done extensive interviews with the people on this status. They've lived in the UK most of their lives and would like nothing more than the opportunity to 'be and feel' British.

What stops them is the lengthy and expensive path to citizenship that they have to navigate for at least a decade, and a Home Office which takes any opportunity to trip them up, rob them of their lawful status and send them tumbling into illegality.

Arkam, 23, who came to the UK age ten, says: "We're constantly made to feel different. Although we feel British in every matter, we're reminded that we're outsiders." Ijeoma, 24, who arrived age five, said: "Even though I am a legal resident, it feels like they can take it away any time. I'll wake up one morning, and suddenly they're like: 'We don't want her any more'."

The Let us Learn interviewees are aged 19-24. The youngest arrived here age two. All have lived in the UK at least half their life and been here since primary school. Yet, they will all be in their late 20s or early 30s before they can be officially recognised as anything other than 'temporary migrants' in the country they call home.

Arkam recently graduated with a first class degree and wants to work at the UN. He was only able to take up his university place thanks to a special migrant bursary, as his immigration status means he wasn't eligible for a student loan. Cynthia, 22, combines her studies with working 40-hours a week, crammed into three days, so she can save for her Home Office fees. Agnes, 20, funds immigration fees and her place at Manchester University, where she is studying physics, through a combination of crowdfunding, working two part-time jobs, and a series of private loans.

The brutal financial demands on these young people – nearly £70 a month, every month, for ten years – mean the government is acting like a particularly powerful and merciless loan shark. If they fail the pay, the young people fall into civil death. They lose their lawful status and virtually all their rights to participate in the society where they have grown up. Ultimately, they could be removed to a country they no longer remember and where they have no ties.

Even after all those payments, applicants are only granted permanent status if they pass the government's 'Life in the UK test'. The test seems arbitrary and bizarre. Sample questions include:

Are Halloween lanterns carved out of: melons, pineapples, coconuts, or pumpkins? At New Year, do Scottish people celebrate Hogmanay or Hopmanay? Where did the first farmers come from?

I was born in the UK, as were my parents and grandparents. I've never been out of the country for longer than three weeks. But on one sample test I tried, I scored 75% – which means I just scraped a pass. Yet, it is ultimately on a test like this that a young person's future in the only country will rest. A 45-minute, 24-question multiple-choice test has the power to trump decades of actually living in the UK.

If Johnson is serious about creating a society where migrants are truly encouraged to integrate, he'll listen to the voices of those who've been pushed away by Home Office, rather than encouraged.

Fiona Bawdon is a freelance journalist, and communications and campaigns consultant to Let us Learn. She writes in a personal capacity.