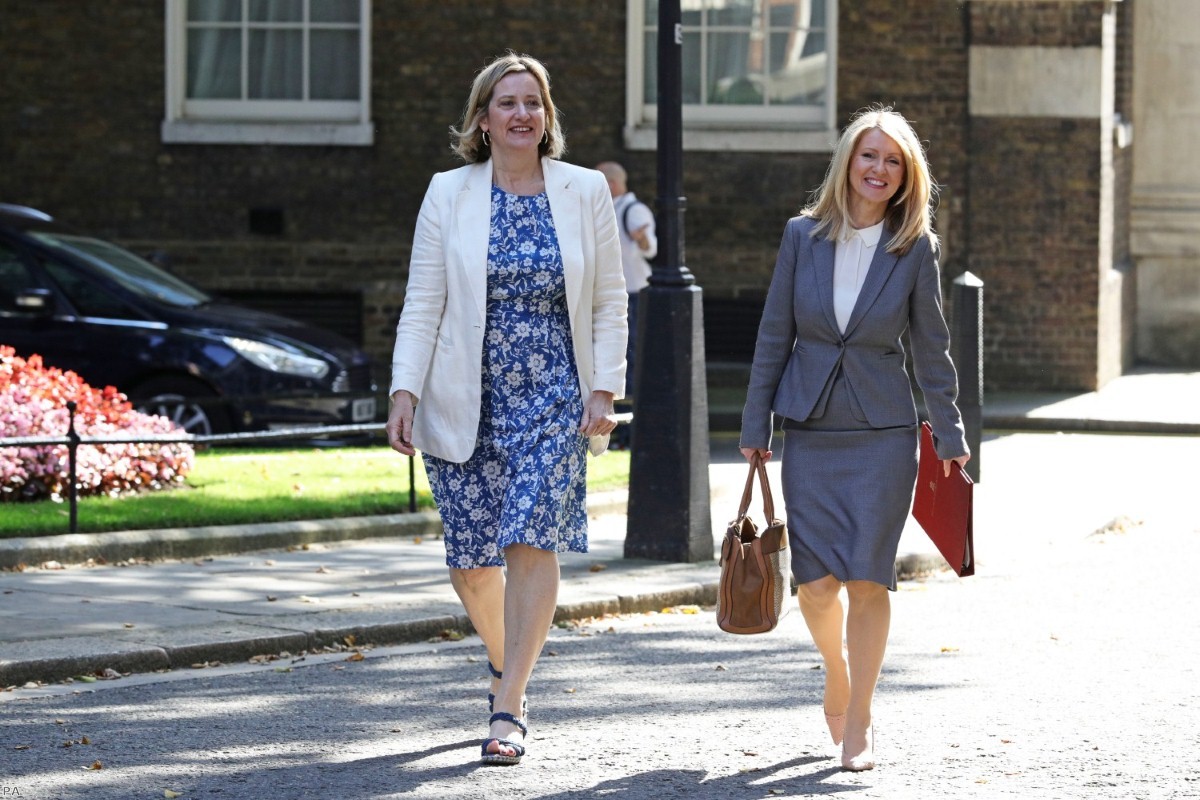 Principle isn’t everything. Politicians need pragmatism, sensitivity and – much underrated – a basic understanding of reality. But if you strip politics of principle altogether you have a problem.  You’ve robbed it of any guiding purpose.

When historians look back on this period of national lunacy, Amber Rudd will feature as a case study. How did a moderate One Nation Tory go from tirelessly promoting EU membership to rolling over for a no-deal scenario that was never even mentioned by the Vote Leave campaign? The work and pensions secretary previously said that a new referendum would be preferable to crashing out. Now she affirms that no-deal must remain part of our “armoury” in the non-existent negotiations – and by happy coincidence gets to join Johnson’s government in return.

Rudd’s reputation is now in shreds. The Brexiters will never trust her and Remainers have learned nothing she says has any meaning. And worst of all, it’s all for nothing. Does Rudd think a no-deal Brexit will win her any votes? Does she think it will benefit her party more broadly? She sold out her principles for a job she will count in months or weeks, and will help to kill the Conservative party in the process.

Then there is Jo Johnson, the prime minister’s brother. Last November he resigned from Theresa May’s government amid a blaze of publicity in order to campaign for the People’s Vote. He declared that the two Brexit options were now “vassalage or chaos” and wrote: “Given that the reality of Brexit has turned out to be so far from what was once promised, the democratic thing to do is to give the public the final say.” Eight months later and he has joined a government which actively endorses no-deal and considers a referendum less favourable than either vassalage or chaos.

Rudd and Johnson are the most egregious examples because they started with the highest principles and exchanged them for a job. Even worse, they privileged their own livelihoods over the hundreds of thousands who, in a no-deal, stand to lose theirs. But the government is littered with Brexiters and former Remainers who either guaranteed prosperity before the referendum or promoted compromise after it, and are now content to abandon both.

Crucially, there is also a vacuum of principle in the purpose of the government itself. It claims that it intends to take us out to the EU – come what may, do or die – on October 31st, because it is dedicated to retaining trust in democracy. But nobody voted for a Brexit that looked anything like this one. Nobody voted for job losses, economic chaos or destabilisation of the Irish peace process. No-one was told by the Leave campaign there would be no-deal in 2016. Quite the opposite, they were told the EU would come begging to do a deal.

Certainly, voters in 2016 expected politicians to honour the referendum, but they did not expect them to ruin their lives in the process. The one principle the delivery of Brexit seeks to uphold – faith in our democratic system – will be the first it destroys.

The fundamental truth is that our country can survive the failure to deliver Brexit, but not the abandonment of basic principle. If we lose that, we eventually lose everything. Principles are not only morals, they are a set of rules. If we shed them, we corrode the shared language and codes we use to build a society. Once it is gone, it does not come back. The death of principle in Brexit Britain may ultimately prove to be more corrosive than Brexit itself.