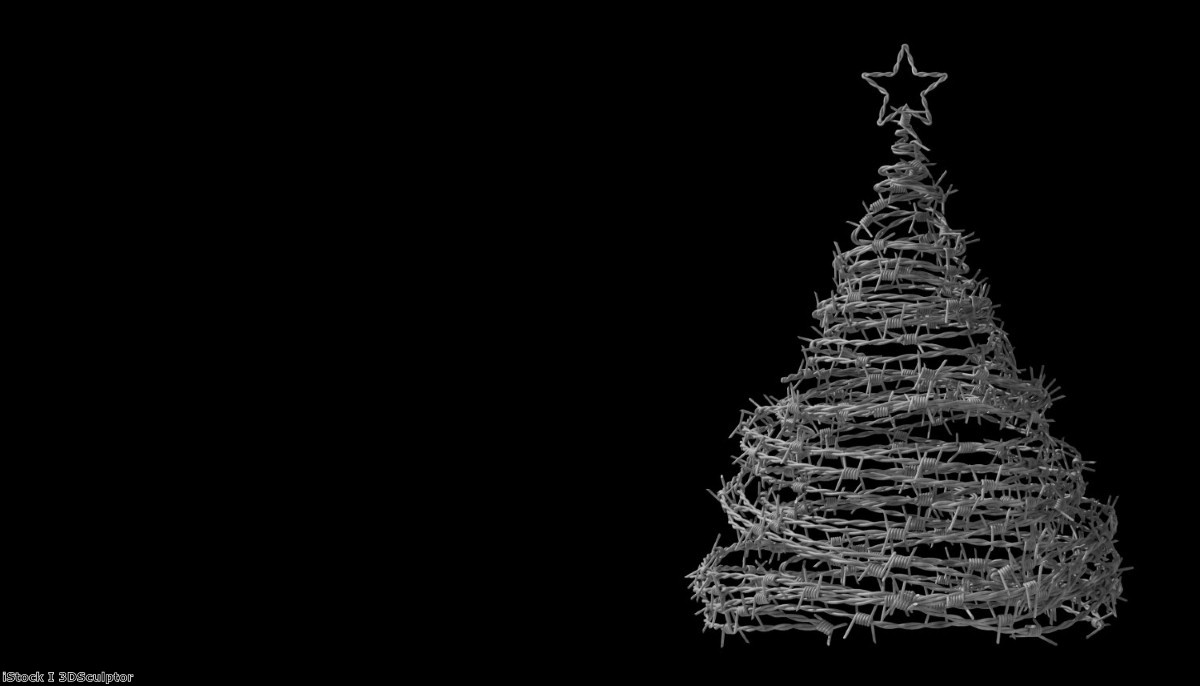 Christmas at a foodbank: How austerity-hit Britain celebrated the holidays

It's one thing to read about poverty and quite another to see it up close. As a journalist I've lost count of the number of articles I've written about families suffering under the government's austerity measures. But nothing I've covered has stayed with me like the conversation I had with a little boy at a food bank just before Christmas.

While families waited to collect their emergency food parcels from a small room at the Emmanuel Church in Northampton, they were offered fresh pastries or cakes – little treats that they wouldn't otherwise be able to afford. It's at this point that I usually met the children of the users who'd turned to food bank for help. Their eyes lit up when they saw all the sticky buns and sugary doughnuts.

Bobby (not his real name), who looked around five, came along with his mum and younger sister. As a couple of sausage rolls were bagged up for them to take home, he leaned towards me and asked: "Do you have any turkey please so we can have a Christmas dinner?"

I haven't been able to stop thinking about it. It's not just the horror of a child being hungry and needing to rely on charity handouts. It's that a little boy had already worked out that his family were a little bit different from everyone else's. He knew most people would be sitting down to a feast of turkey, potatoes and veg on Christmas Day and he probably wouldn't.

On another occasion I heard a little girl whisper to her mum that she was "really hungry" as she eyed the iced cakes on the table next to her. On another it was a young boy, about 11, standing by his disabled mother as she cried about the situation they were in. I also met health visitors, social workers and even teachers who all came in to collect food for the children and families they worked with.

It's a similar picture right across the country. Last month the National Education Union spoke of "Dickensian" levels of poverty in the UK after a 1,000 strong survey of teachers found half of them believed children and young people would go hungry over Christmas. Sixty three percent said that more families were unable to afford adequate winter clothes or shoes compared to just three years ago.

Gordon Brown recently told the Guardian: "It makes me angry. I'm seeing poverty I didn't think I would ever see again in my lifetime…I thought we had finally got over the worst of child poverty."

He's right to be angry. We should all be angry. Regardless of the financial situation in the country over the last decade we remain one of the richest in the world. That children are going hungry here should shame us all.

Government ministers justified cuts to welfare and public services by telling us that it would be unfair to saddle future generations with our debt. But what about this generation of children? Do they deserve to pay for a financial crisis that happened before many of them were even born? Is that a price we've quietly decided we are willing to pay?

In the run up to Christmas many MPs had their photos taken as they made donations to food banks at Tesco collection points. Instead of handing over a few bags of pasta to make themselves look good on social media, they'd have done well to actually visit the food banks and speak to the people using them. They should confront the poverty they helped create.