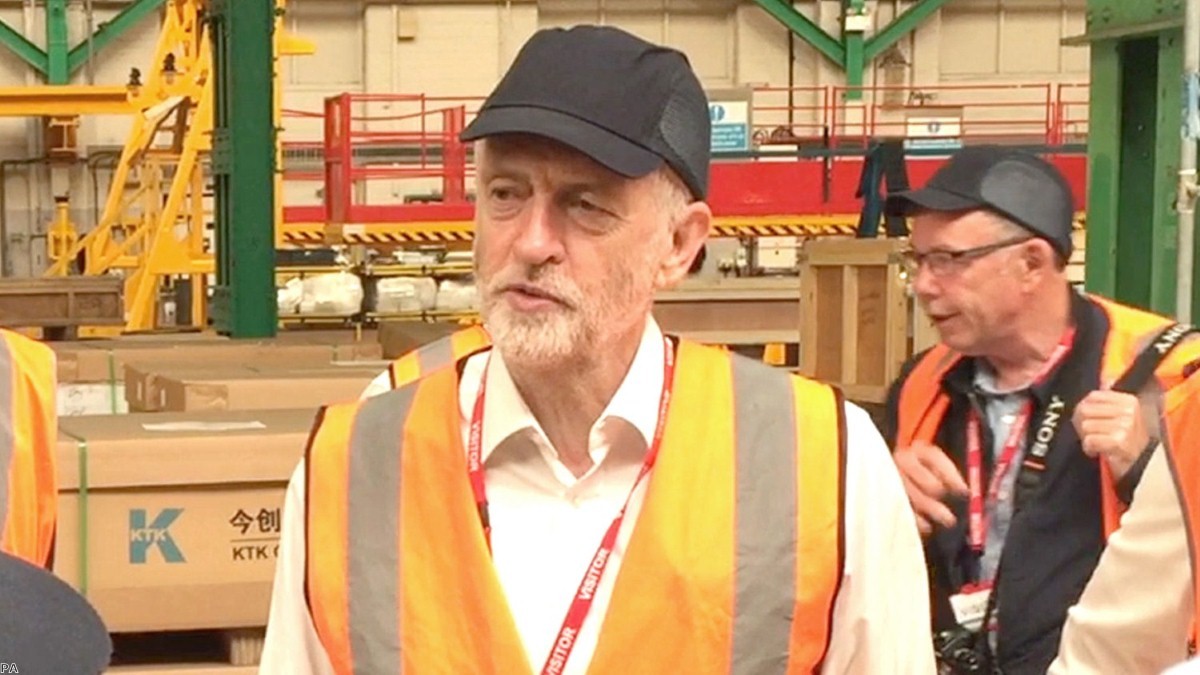 Corbyn’s right: The country needs a govt that’ll invest in it

This isn't an endorsement of Jeremy Corbyn's economic strategy. He needs a Brexit policy which isn't just about trying to evade answers. And he needs a post-Brexit plan for the businesses which massively benefit from our EEA membership. His shadow chancellor's vision of overthrowing "the capitalist system" would send the nation's economy into paralysis, disrupt the value of the pound and force us to accept even more dubious foreign direct investment.

But put that to one side for a moment and Corbyn is sounding off some very interesting neo-Keynesian policies with regard to investment in our domestic economy. This was manifest in the "build it in Britain" speech he gave on Tuesday at the EEF Technology Hub. His core argument was correct. It's time to invest. Without public investment, we lose doctors, surgeons, nurses, lawyers, academics, teachers, efficient transport services and so on.

This country has become reliant on imports. In terms of production, attitudes in government have changed so radically in recent decades that we can't even be bothered to make our own passports anymore.

But times are changing fast, even for the Tories. Theresa May went to the polls last year with the most left-wing Conservative manifesto in history. The document was a far cry from the laissez fairism of Cameron and Osborne et al. It was a glimmer of recognition that the system does not work. Faltering private sector companies with public contracts show that free market fundamentalism is dying. In the end, the taxpayer always picks up the bill.

Unsurprisingly, Joseph Stiglitz endorsed the Labour manifesto in the run-up to the election. It offered, as Stiglitz attests, an excellent and fully costed retort to the failed economic programme of austerity, where the public sector, the poorest and the disabled were chastised for our financial woes. The age of neoliberalism, largely defined by deregulation and an overreliance on free-markets, which created substantial financial woes for Britain in the first place was finally being rejected.

At the time, fabricated untruths from the Tories and the press deceitfully shifted the blame for our poor economic performance and rising national debt to the welfare system and the public sector. But the current spend on welfare in this country is now lower than the OECD average of 21% of GDP.

Corbyn has instead proposed raising corporation tax. In an age of free capital movement, this is indeed a radical policy. But it is also ethically correct. How on earth is it justifiable that a multinational corporation in London, which would pay 19% tax, would contribute less than an individual earning £20,000, who pays 20% income tax?

We live in a time where productivity has stalled, wage growth has been at its most stagnant for two hundred years, zero-hours contracts, which guarantee neither income nor work, have become the norm for many and outsourcing is rapidly replacing domestic industry. Britain, despite being the fifth largest economy in the world, can't even feed itself.

So Corbyn was right to say we rely far too heavily on imports. Britain, as far back as the reign of Margaret Thatcher, has become increasingly market-orientated. Reliance on imports leaves us vulnerable to an ever-growing powerful private sector. If we produce our own goods, we will become self-sustaining.

We have barely any state state-owned enterprises left – water, transport and electricity have all largely been privatised too. And local councils are cutting like there is no tomorrow due to a lack of funding. Arts initiatives are being scrapped and libraries, often a sanctuary for many, are closing at an alarming rate.

In Portugal, a centre-left government emphasised the need for state interference. Since 2015 they've designed a programme that has invested in skills and industry, reversed austerity policies and opted for an export-oriented economic model as a way of revitalising their economy. As a result, unemployment has dropped, education levels have risen and the economy is starting to boom.

It is not a question here of whether capitalism should or shouldn't exist. It's about what form of capitalism we should pursue. Scandinavian? Or Thatcherite economic liberalism? Do we want to live in a dog-eat-dog society where everything is about competition and profit maximisation, or do we want a community where those who fall through the fissures of society are given a helping hand by the state when they are enduring times of struggle and depression?

As Corbyn has previously said, most people are "one paycheck away from being on the street". Left-wingers are sometimes wary of him because he is so cowardly on Brexit, but this week's speech shows the Labour leader is one of the only mainstream politicians willing to speak out on an economy which stopped working for too many people.

Oz Ozkaya is an MSc European and Global Governance postgraduate at the University of Bristol.