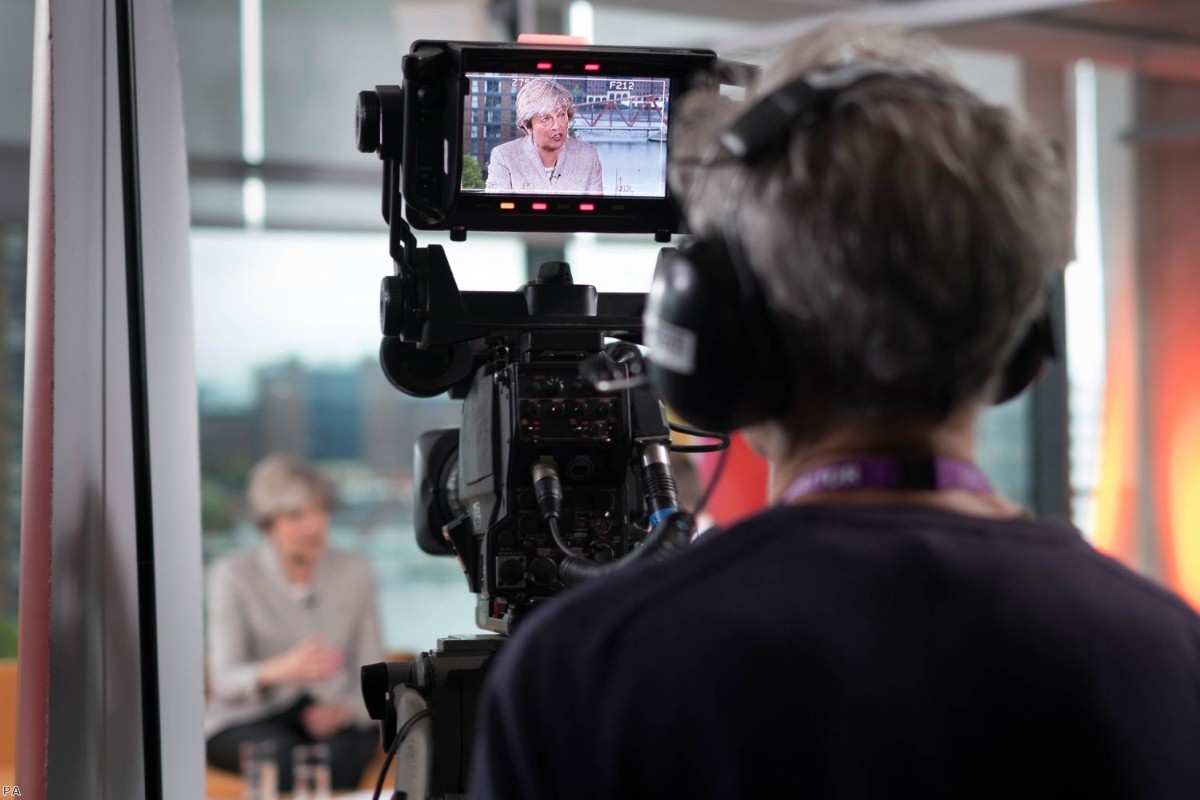 Time for TV debates: If May’s still confident in her Brexit plan she should sell it to the public

Full disclosure: I am a big fan of TV debates.  I know they are widely mocked and dismissed as puffery, but for me, they are the highlight of election campaigns.

And occasionally, they do cut through. Amber Rudd’s evisceration of Boris Johnson – “He is the life and soul of the party, but he’s not the man you want to drive you home at the end of the evening” – was a masterclass in delivering pre-scripted lines to maximum effect.

The 2015 leaders' debates saw commentators south of the border first experience Nicola Sturgeon’s formidable debating style. They treated her with greater respect after that debate than before it. It also gave us one of the most iconic images of the campaign: Sturgeon, Leanne Wood and Natalie Bennett embracing in a three-way hug as the credits rolled, leaving an isolated Ed Miliband watching on.

Despite the constant battles over formats and guests, the debates have become a staple of election campaigns over a relatively short period of time. They’re a rare opportunity to see political leaders under sustained and uncomfortable questioning.

But debates are for life, not just for elections. And, right now, we desperately need them. In a period of intense political change, we’re missing a sense of accountability.

When Theresa May dodged TV debates during the snap election, she said she didn’t see the point given she answers questions at PMQs every week.

There was one minor flaw in that logic: she doesn’t. PMQs is barely worth watching given how little content there is to the prime minister’s answers.

Politicians have become proficient in a curious and maddening style of interview banality where they replace human language with soundbites. Fifteen minutes on Marr every few weeks simply isn’t enough to probe past the scripted and focus-group-tested messaging.

As Ken Clarke noted in a recent interview with Krishnan Guru-Murthy, this cohort of MPs and ministers are increasingly running scared of the electorate. They live in fear of the viral clip, an easily shared bit of video where they get their numbers wrong, or inadvertently answer a question with candour.

That’s inconvenient given the chaos we are currently hobbling through. The Tories are split, Labour’s ‘job’s first’ Brexit plan is as clear as mud and the Lib Dems are too busy setting up a new centrist party to turn up to vote. Summer recess will not provide relief. We’re caught in a storm of political chaos. The public deserves clear answers about the various options on offer, not more cowardice and evasion.

Enter: live TV debates. My preference would be for two. One with the party leaders and another with non-partisan experts. The latter, I imagine, would be a considerably more sedate affair.

No-one has a single excuse to dodge these debates.

The prime minister is surviving on wishful thinking and crisis management. She looks increasingly grateful just to get through each day without facing a leadership challenge. Given the severity of the circumstances she’s led us into, that is not tolerable.

The government is ramping up the contingency planning for no-deal and stockpiling food for expected shortages. We should at least expect them to face an in-depth grilling about it.

Corbyn too needs to be urgently scrutinised. If Labour is truly a government in waiting, then its leader should have no qualms about laying out his Brexit vision under the forensic examination of Eddie Mair.

If ministers have got a better grip on Brexit than we are giving them credit for, then there’s nothing to fear in a TV debate. But if they really are as clueless as they appear, it would do a good job of showing it.