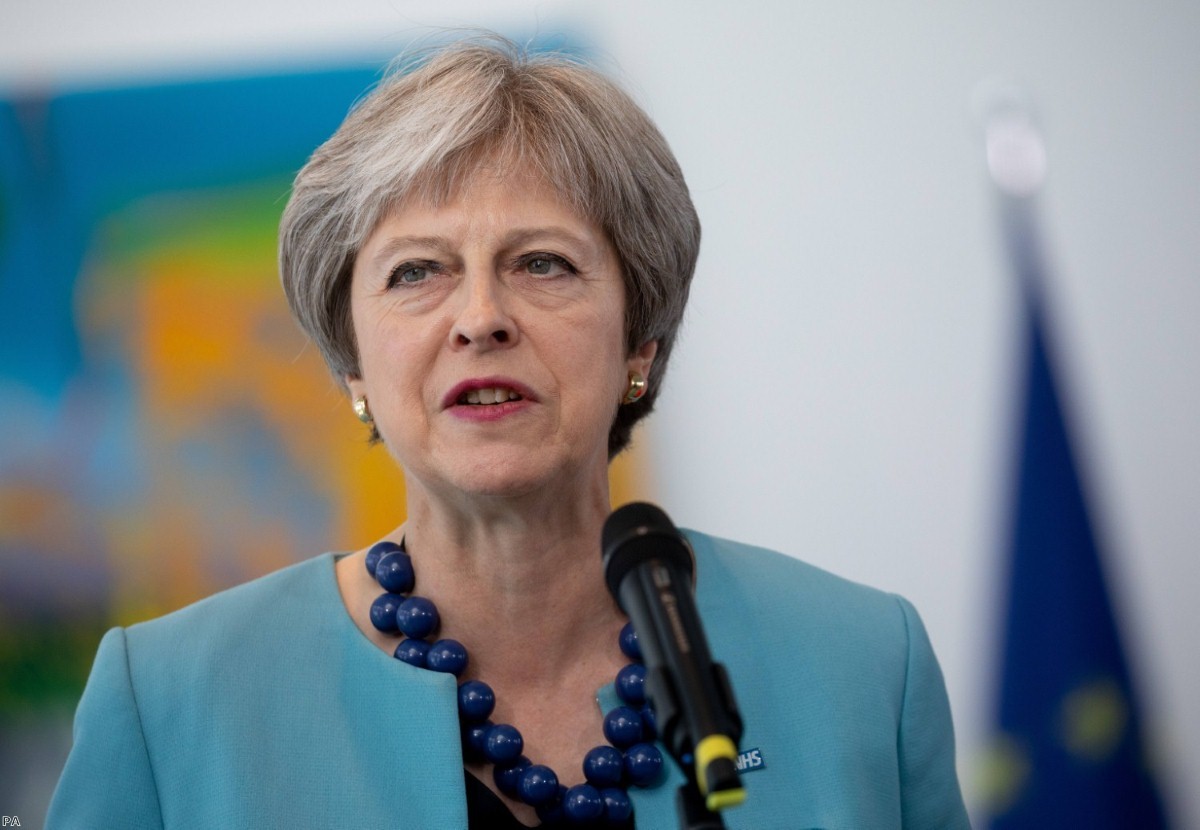 The Cabinet are in Chequers today fighting over Theresa May's third-way compromise policy on our post-Brexit relationship with the EU. From what we understand, No.10 is now prepared to stay in the single market for goods, but not services.

If you take a step back from the day-to-day political battles which have produced this compromise and view it from a purely economic perspective, it is insane. We are a services-based economy and the single market is the most advance model to facilitate services in the world.

The government is under the impression that, once it is free of the shackles of European regulation, the UK can liberalise its services industry to enable growth. This is a misunderstanding of how the EU's single market in services works. Far from hindering trade, regulations enable it.

Just as having uniform regulatory standards for a good, like a car, makes it cheaper and easier to sell that item throughout Europe, so too does regulatory alignment create a similar environment for services.

Critics point out the European single market is not consistent or fully harmonised, particularly in services. It's a fair point. There's a highly integrated single market for goods and financial services, but other industries, like utilities, remain under national control. Service integration continues to lag behind the goods market.

It's usually Brexiters who point out these inconsistencies. That's ironic, because the solution to inconsistency is greater harmonisation. The single market is continuously evolving and steps to integrate the market further will continue once the UK has left the EU, even if it happens slowly.

While EU's single market is flawed, it is the only current example of a supranational integrated service market. Even the internal market of the US is far from perfect. The federal system in the US often creates trade barriers between the states.

There are two reasons for the success of the EU's services single market. First, the over-arching treaty provisions establish a level playing field. The Mutual Recognition of Professional Qualifications Directive, for instance, enables service professionals, such as lawyers, to be able to operate in different countries around the region.

Along with free movement of workers, there is a parallel right to allow members to establish themselves in another country permanently as self-employed. Companies are able to establish a branch or subsidiary. The UK government's red lines mean these freedoms will no longer be available to either individuals or companies.

But there is another less well understood reason for the EU's service market success: agencies. These bodies, like the European Securities and Markets Authority (Esma), not only protect consumers but also consolidate a single market across the continent.

For example, Esma recently introduced the second Markets in Financial Instruments Directive which targets both these goals. It aims to improve competitiveness by creating a single market for investment services while also ensuring a high degree of harmonised protection for investors in financial instruments.

In 1985, a directive covering the Undertakings for Collective Investment in Transferable Securities was introduced. That mouthful of jargon had a simple and powerful aim. It created a single European market for retail investment funds, while at the same time protecting investors' interests.

This allows an asset manager based in the UK, for example, to sell a fund invested in global equities throughout the EU. It enables the product to be 'passported' around the continent.

It has been a rip-roaring success for the UK's large asset management industry. Suddenly, fund managers could penetrate markets with very different structures to our own.

The UK wealth management market is unusual. Independent financial advisers are the norm here but not elsewhere. In many nations, banks have a stranglehold. But this directive enables those firms to break into these countries and gain market share through a web of relationships and alliances.

While the directive created a single market for retail investors, other ones were facilitating sales to institutional investors, such as insurance companies and pension schemes.

According to the sector's trade association, the Investment Association, the UK currently manages assets of £1.7 trillion for European clients. Yes, you read that correctly: Trillion. Not billion.

As the success of integration of the financial service sector illustrates, regulatory alignment supports rather than destroys markets.

The UK has been instrumental in creating the integrated financial services market and is reliant on the revenues it generates in the EU for both income and corporate tax receipts. That only underlines why leaving the single market for services is economically illiterate. The fact this is now the British government's best available plan suggests things have gone very wrong indeed.