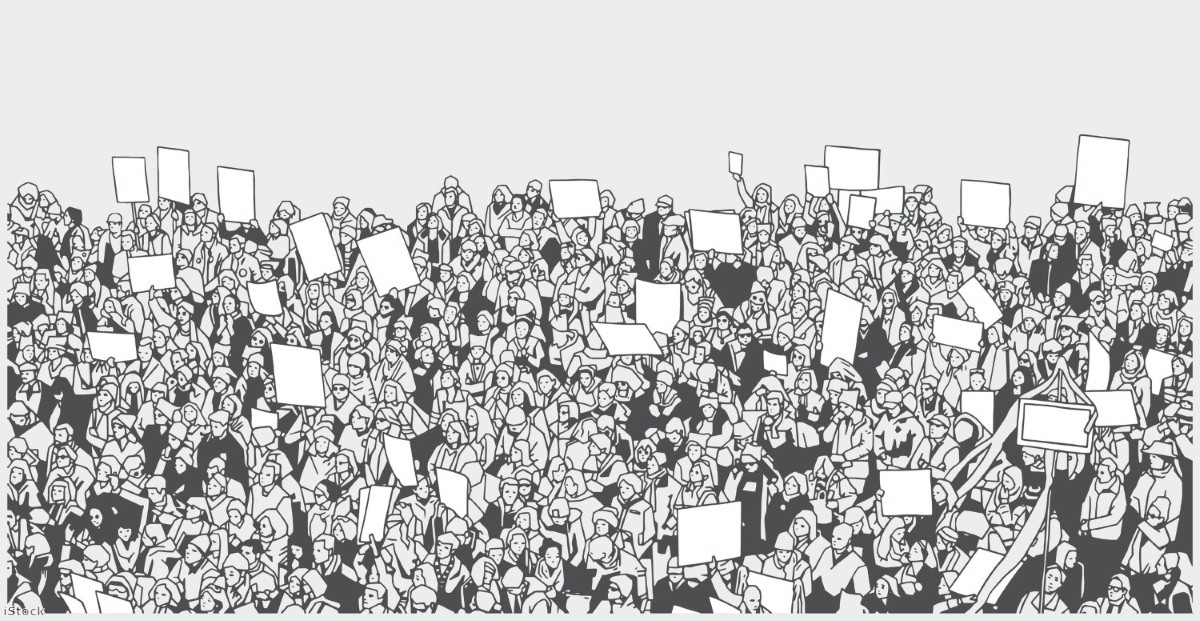 When I was about 15 my history teacher invited David Irving – the Holocaust denier – to give a talk at my school. The fact that I can still remember this illustrates how transformative his talk was for me. I was perplexed and shocked by his claims. How was it possible that someone could be so articulate in advocating what fundamentally was a racist agenda?

Shaped by this experience, I have always been an ardent defender of free speech. There is nothing that anyone can say that should not be said, debated and challenged. But just as I was challenged by the absurdity of Irving's argument, perhaps there was another pupil in that room who became anti-semitic.

Was it acceptable for Irving to speak to a group of teenagers? This is an issue that I have found myself reflecting on recently when asked to review policies on freedom of expression at my own university, King’s College London.

Freedom of expression is a broad concept that includes free speech, the right to protest and academic freedom. These 'freedoms' are often restricted through various laws adding another freedom – to be protected from hate. In a time of polarised politics, and given the unique role of universities to inform and enable the free exchange of ideas, deciding what conversations can happen and how they should happen is a more urgent question than ever.

In March this year, a member of our staff was knocked out and hospitalised by thugs trying to disrupt an event being hosted by the King's Libertarian Society. The event, which was co-hosted with the Ayn Rand Centre, was a panel discussion with Yaron Brook and Carl Benjamin on the philosophy of objectivism. Now let's be clear – the speakers had extreme views that I don't agree with, but I do believe they have the right to express those views and for them to be challenged in an open, uncensored and safe debate.

One route to begin to address this challenge to freedom of expression is a set of principles developed by the University of Chicago. Faced with concerns of creeping political correctness, the university "committed [itself] to the principle that it may not restrict debate or deliberation because the ideas put forth are thought to be offensive, unwise, immoral, or wrong-headed". It did, however, concede that this freedom was not absolute, and that it could restrict expression if it was "threatening, harassing, or defamatory, or invades substantial privacy or confidentiality interests".

The Chicago Principles, as they have become known, have been signed by a number of universities in the US and inspired a recent joint statement by King's College London and its student union. While a public statement to protect freedom of expression is to be welcomed, the challenge is putting in place policies that manage to operationalise this commitment in a manner that is reasonable, fair and transparent.

In the UK, we face two interrelated problems. The first is translating these principles to a set of workable procedures. Some UK laws put an obligation on UK universities to protect freedom of expression, but others limit these rights. In a recent parliamentary inquiry on universities and freedom of speech, the joint human rights committee contended that there is an intrinsic tension between a number of these statutes. This is further complicated by the fact that universities and student unions are separate legal entities regulated by either the Office for Students (universities) or the Charity Commission (student unions). As the committee noted, the guidance issued by both regulators can be unclear and inconsistent.

The second challenge is that free speech on university campuses has become a cause célèbre for the alt-right, one that is being picked up in mainstream UK politics. The previous university minister, Jo Johnson, noted:

"Universities should be places that open minds not close them, where ideas can be freely challenged. In universities in America and worryingly in the UK, we have seen examples of groups seeking to stifle those who do not agree with them".

Unfortunately, it was not lost on university colleagues that this statement came shortly after an attempt by a Tory whip, Chris Heaton-Harris, to inhibit free speech and academic freedom by writing to vice-chancellors asking them to declare what they were teaching their students about Brexit and to provide a list of lecturers' names.

The current universities minister, Sam Gyimah, seems serious in his focus on protecting freedom of expression on campus. This should be welcomed, but at the same time the government must walk the walk by helping universities get rid of some of the red tape. This could include a review of the existing legislation, through the lens of the Chicago Principles, bringing the regulation of student unions under the Office for Students, and engaging in a constructive and practical dialogue on these complex issues.

The principle of freedom of expression is at the heart of the academic enterprise, and in my experience it's one where colleagues actually share a lot of the concerns being articulated by politicians. In an era where fact and fiction intermingle as a new form of truth, it is critical that we stand up for and defend freedom of expression. Universities have a crucial role to play as places where highly contentious ideas are debated and young people’s lives are shaped through that debate. We will uphold that right to challenge and to be challenged.

Jonathan Grant is vice president & vice principal (Service) at King’s College London, and Professor of Public Policy in the Policy Institute at King's.