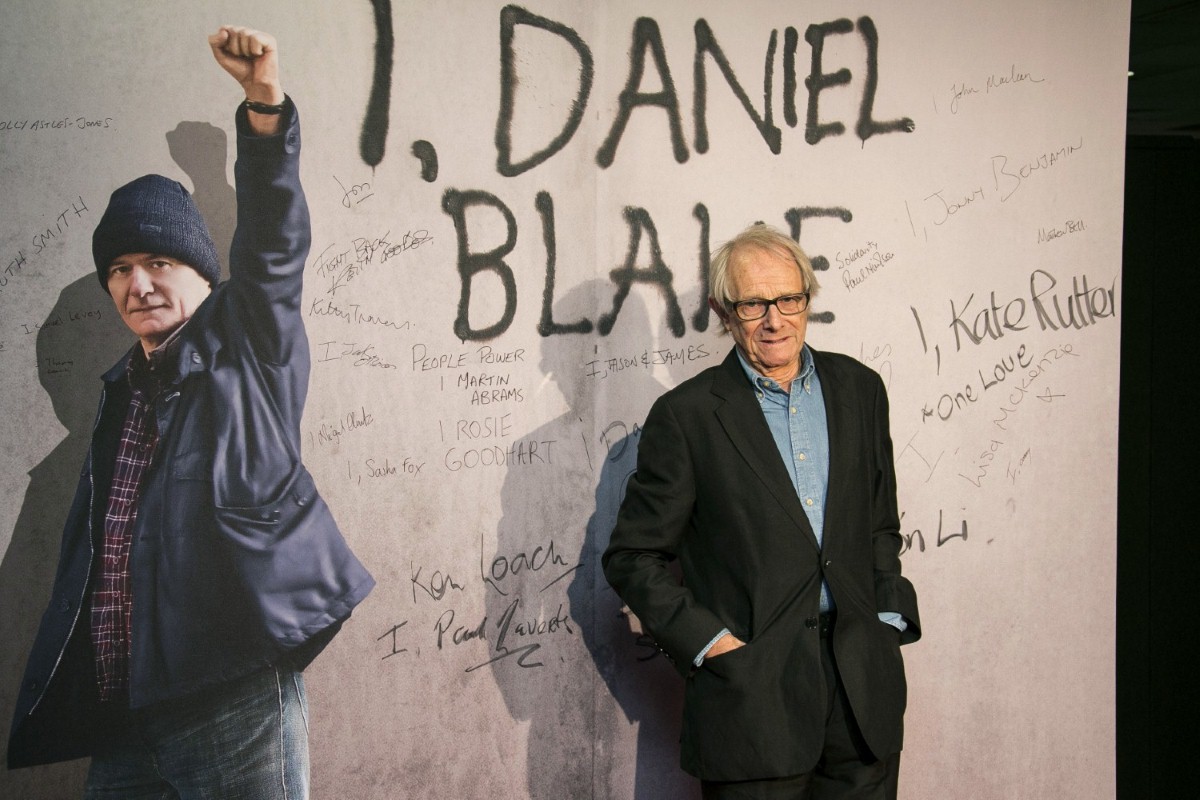 Thank you Ken Loach. Thank you. His new film, I, Daniel Blake, on the Kafkaesque injustices in the benefits system, has finally got the nation to notice what's going on underneath the surface.

In my two previous articles – I’m Broken Britain: An open letter from an anonymous benefit recipient, and I'm Broken Britain: Reinventing welfare for the disabled – I decided to write anonymously. I didn't wish to out myself as a disabled benefit claimant. I now feel I can write with more confidence in my stride. I am able to write as yet another embodiment of Daniel Blake. What hasn’t been achieved by evidence, what hasn’t been accomplished by protest, we are finally seeing accomplished through stark testimony. People are starting to recognise the reality of being a disabled welfare recipient.

Despite the film’s obvious success, for some it’s still business as usual. A slew of political deniers have furiously batted away any such notion that I, Daniel Blake resembles a true tale. Damian Green and Iain Duncan Smith the current and former welfare secretary, both dismissed the film. They branded it unrealistic, seemingly unable to believe that this story represents the country and a policy which they themselves have shaped. Conservative commentator Toby Young is another example of someone who blithely calls the film a lefty work of fiction, trying to tell those of us who see Daniel Blake in the mirror that it’s not an accurate reflection. It seems as if the culture of denial is easier than the politics of compassion.

I'd better make a big confession: I have not yet seen I, Daniel Blake, although I've been informed of enough of the key details to recognise how thoroughly it has been researched. I have financial and physical restraints from getting to the cinema, but that's not really it. I'm scared to do so. When Saving Private Ryan came out, the horrendous Normandy scene left many veterans reporting that it had felt too realistic. I feel like Loach’s film will have a comparable impact upon many of us who have intimate knowledge of the narrative.

I don't mean to compare them literally, of course. I can already detect a politician’s cough at the crassness of the comparison. But for those of us who have a hand with a permanent shake, or a stomach that struggles to hold food due to the knots, or whose shoulders are hunched around their ears owing to life-altering tension, the screen’s depiction of this level of visceral distress is going to be hard to face.

"The film has taken the very worst of anything that can ever happen to anyone" – Iain Duncan Smith MP reviews 'I, Daniel Blake' pic.twitter.com/enKqVemUfl

There are many reasons I have written anonymously – pride being one, stigma another. The benefit system and disability really are marinated in that level of disdain. Being on benefits now defines you. It excludes you from dinner table conversation. It makes you feel like your right to an opinion has been taken away. A benefit claimant’s voice is devalued.

I also chose to withhold my identity for legitimate fear of reprisal from the DWP. I await the brown letter of doom on my doormat each and every day, to tell me of another change, another form, more assessments, another hoop, and one more shackle. But there is one more reason that I have remained anonymous and it’s an issue that barely gets talked about. If you identify yourself, you draw attention to how often you stay at your partner's house. If that sounds freakishly Orwellian, let me assure you that it is a normal part of the life inflicted on disabled people by the government. It is one of the stealthiest ways the state sets a ransom on a disabled person’s normality.

A recent Guardian article by Dr Frances Ryan touched upon this issue. As Ryan writes:

"In another rarely publicised DWP [Department for Work and Pensions] rule, if a sick or disabled person shares a home with a partner, the fact that their partner earns a wage can be used to rule them out of sickness benefits (the income threshold varies). When I contacted the DWP, it confirmed: 'Claims for ESA [employment and support allowance] are assessed against a number of circumstances including living arrangements, income and national insurance contributions.' That means that people like Denise – who the government are fully aware are too unwell to work – are effectively shut out from social security."

I have been with my partner for over a decade, but we can't live together. We have to live apart – me with my parents, her alone in her house – or I lose ESA, which is the main part of my welfare support. If I were to move in, the ESA payment would be surrendered and I would become wholly dependent on my partner.  Even if we wanted to do this, we can’t afford to do so. ESA provides the claimant with extra help, such as free eye tests and free prescriptions. Losing it isn't just a loss in welfare payments. It’s a loss to a disabled person’s wellbeing.

So instead we cross our fingers, look over our shoulders and take small, calculated risks. I don't live with my partner. But I may stay over one or two nights more a week than is permitted by the state.

I’m lucky. I do have family and support. I’m very much not alone. My loved ones aren’t in a position to provide any financial help, but I do know that I am never without a roof over my head. Despite officially living with fantastic parents, it doesn’t escape my attention that they are at a point in their own lives where they shouldn’t have a fast-approaching middle-aged child under their feet.

I’m also lucky in that I have retained some degree of hope that one day I can somehow pull myself out of the welfare trap. But not knowing if I’ll be allowed to live with my partner quickly kills off that fleeting spark of positive thought.

This piece has been written with a compulsion. It's more of an outpouring than a political article. I will be in immense physical pain after writing this. But the erosion of my health due to the benefit system will be one of the heaviest burdens that I have to contend with.

Much like the writer of Daniel Blake, I have relied on testimony to try and do my part to whistle-blow on the welfare system. Due to Ken Loach’s film, we seem to be at a point where, for once, the plural of anecdote can be considered data. Disabled people are being collectively listened to.

Although it’s not a documentary, I, Daniel Blake is real life. Unfortunately for many of us, it is now something that resembles a normal life. Thank you Ken Loach. Thank you.