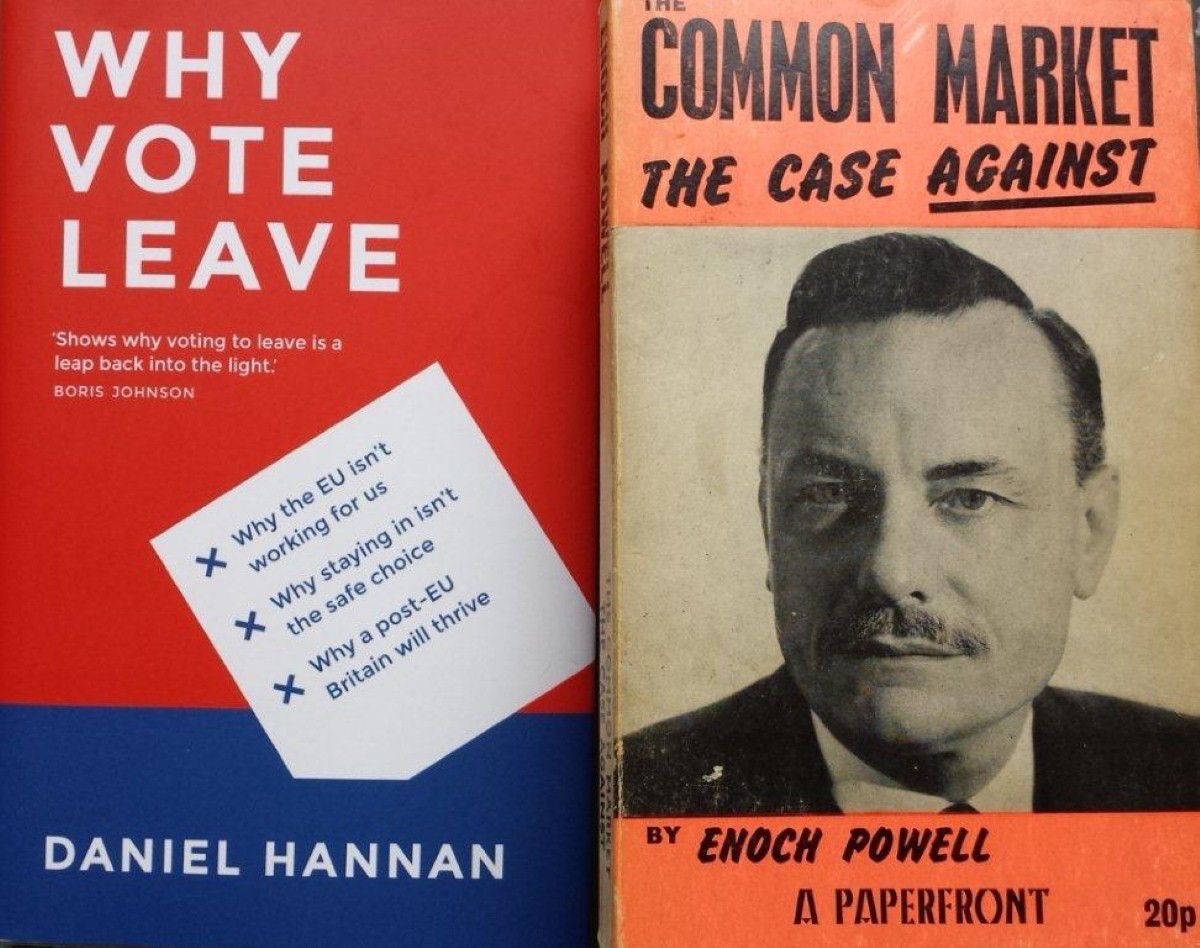 The Brexiteers bible: What Daniel Hannan’s ‘Why Vote Leave’ leaves out

As the Conservative Party enters open civil war over the EU referendum, it is worth taking a close look at one of the main sources of most Eurosceptic arguments and attitudes – Dan Hannan – and ask whether his arguments stand up to scrutiny.

Hannan was elected a Conservative MEP in 1999, and told me (I was then leader of the 36 Conservative MEPs) that he intended to devote his time to the cause of UK independence from the EU.

Hannan's sonorous voice and unblinking stare have since mesmerised many audiences. The son of an Anglo-Irish chicken farmer in Peru, he was educated at Marlborough and Oriel College, Oxford. The Brussels blog Politicos described him earlier this year as "an Oxford graduate who speaks three languages and quotes Shakespeare … [and] is a more polished alternative to the European Parliament's most famous and outspoken Eurosceptic, UKIP leader Nigel Farage."

His new book 'Why Vote Leave' published this Spring, is the Number One political bestseller on Amazon, and has since become the bible for Brexiteers.

The book follows the tradition of Hannan's pin-up Enoch Powell, whose 'The Common Market – the case against' preceded the 1975 EC referendum. Both books deride the Brussels institutions, alleging that the support of interest groups is bought by its subsidies. Powell uses the term 'captured' whereas Hannan uses the French term déformation professionnelle. More fundamentally, both focus on the restoration of absolute Westminster sovereignty, alongside a new continental cooperation through some form of European free trade area.

Hannan's book is particularly pernicious because it is so full of conscious distortions and errors, which I recognise from his numerous speeches and blogs down the years.  As another reviewer of the book, historian Niall Ferguson in the Sunday Times, concluded: "I do give a damn about this country’s economic future. And when I see the risks of Brexit being glossed over in ways that would disgrace an undergraduate essay, I feel anything but happy."

The book opens with Hannan's first day as an MEP, in which he is taken through the various expenses to which he was entitled. It is true that in 1999 the system was indefensibly slack and was widely and rightly criticised but, as he knows but does not explain, all has since been changed utterly.

Hannan does not tell his readers that in 2009 MEPs banned the employment of 'connected persons', as they are known at Westminster, where 169 MPs still employ a spouse or partner. As part of our post-2009 transparency programme, the European Parliament has set up a Lobbyists Register, although none has been established so far in Westminster. All parliamentary assistants in Brussels are now employed by the parliament itself and those in constituencies through a 'paying agent', who must be a chartered accountant or have a similar qualification.

As Hannan says, MEPs used to be reimbursed on the basis of business class flights, even if they used Ryanair or walked to Brussels. He doesn't add that now they are reimbursed on proof of travel at the lowest flexible fare. Deriding the MEPs' daily allowance would be fair if reference was also made to the higher £300 tax-free House of Lords allowance.

As chairman for five years of the European Parliament's Audit Panel, I not only oversaw the 35 internal auditors checking off each department,  but also witnessed a comprehensive and highly positive external audit by one of the Big Four accounting firms. As in any institution, especially one where 28 nations and many differing cultures are present, there were bad eggs. Prosecutions and prison are now the result and there are cases pending.

While true that EU officials and MEPs are taxed uniformly at the EU rate, which is around 20%, many MEPs – including every UK MEP – have opted to be taxed at their higher national rates. Hannan ignores this.

Similar examples of misleading omissions can be found throughout the book which instead majors on the issues of sovereignty and a misty alternative to EU membership. Its cover carries endorsements from Boris Johnson, who himself propagated many Brussels myths while a Daily Telegraph correspondent there, Michael Gove and Kate Hoey. Writing from an insider’s perspective, I can assure them that they have been very badly misinformed.