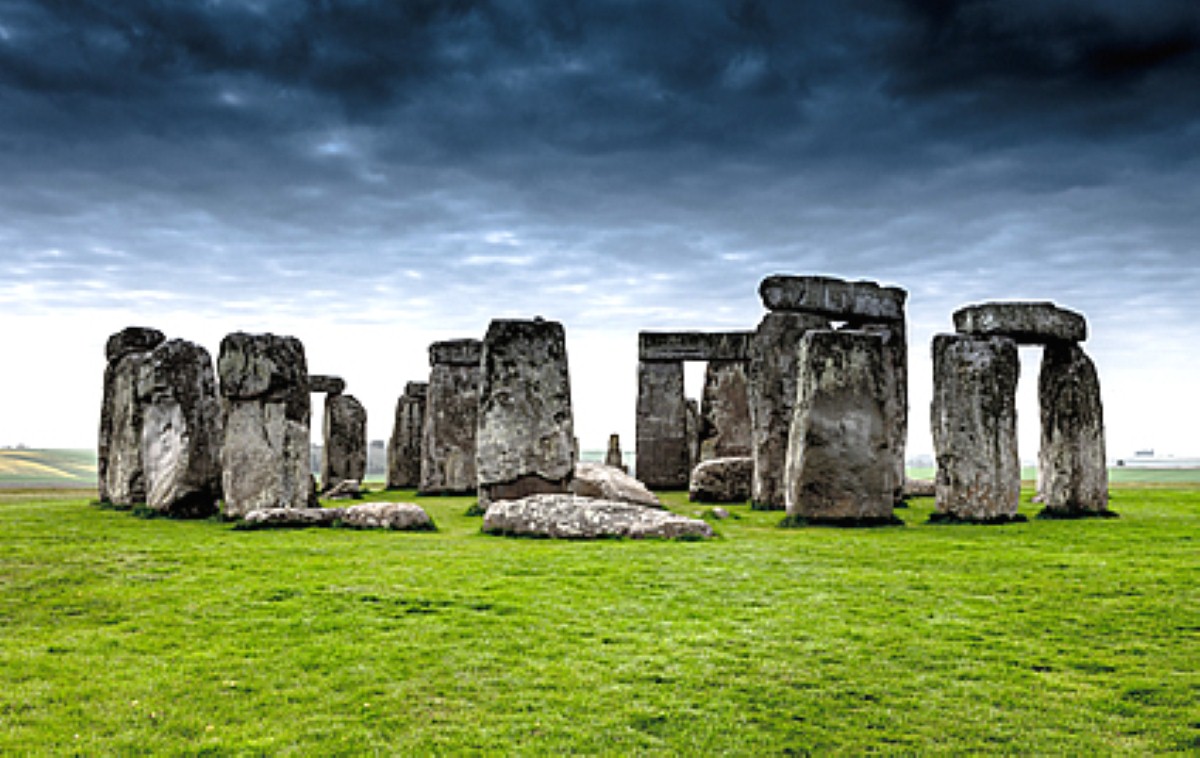 30 years on: What really happened at the Battle of the Beanfield?

Thirty years ago today, a convoy of between 500 and 600 new age travellers left a campsite they'd illegally occupied on the Earl of Cardigan's land. They were heading towards Stonehenge for an outlawed celebration of the summer solstice when they were stopped by a police roadblock. The convoy turned into a field, at which point around 1,300 police descended upon them and a violent confrontation took place.

If you had bought certain newspapers the following day you would have learnt that the field had been full of heavily-armed social deviants. If you had watched the BBC at the time, you would have heard that the police had been attacked by anarchists wielding wooden blocks, rocks and even petrol bombs. But if you'd been there you may have had a different story to tell. Unfortunately, no-one was interested.

However, there was one witness who could not be so easily dismissed: the Earl of Cardigan. He was a self-described "card-carrying Conservative" and became an invaluable witness to the travellers' tales of police brutality, vandalism and unfair arrest.

Three decades on, I asked him what he remembers about the event which became known as the Battle of the Beanfield.

"Dragged her out by her hair"

Lord Cardigan had spoken with both the convoy and the police the night before, after the travellers broke into a campsite on his land. So was the convoy filled with anarchists and troublemakers?

"There was an element of anarchists amongst them – the more voluble and vocal ones that were sounding off – but they were a small minority," he explains. "The rest seemed utterly unremarkable family groups for whom living in a motor coach was their chosen way of life. There were kids everywhere."

The earl wanted to know how the police could possibly prevent hundreds of people from reaching Stonehenge, so he followed the convoy the next day, moving to the front once it reached the police roadblock. After an initial standoff, things quickly became unpleasant.

"From behind the barricade came around two dozen policemen with their truncheons drawn. They smashed through the first vehicle's windscreen, hauled out the occupant and then hauled him off to custody.

"The second vehicle was a converted ambulance with a lone girl in it. I was standing on the roadside bank right beside that vehicle, so I could see them smash up her windscreen. I saw four or five policemen climb in and they dragged her out through a broken window by her hair, right over the broken glass."

Panic broke out among the remaining travellers and the third vehicle in line forced its way through the hedge, into a nearby beanfield. The remainder of the buses followed and there was a lengthy standoff.

The police weren't entirely unprovoked. The rowdier members of the group – a minority, the earl is quick to point out – began throwing sticks and rocks at the police. But everyone was surprised when the chief constable arrived by helicopter and announced from the sky that they were all to be arrested.

The festival goers were told to leave their vehicles and present themselves to the police, but they were scared. Police had made a similar demand at a recent gathering at Nostell Priory, where around 360 people had been arrested and their vehicles – more accurately, their homes – had been destroyed before they returned. Because of that, Lord Cardigan sardonically remarks, they were "spectacularly unthrilled" with this request from the police.

So into the field came well over 1,000 police officers, armed with shields, batons and carrying portable fire extinguishers for fear of petrol bombs. He says their badges were covered to conceal their numbers. And then began the Battle of the Beanfield.

With more than two police officers for every man, woman and child there, the police certainly had numbers on their side. "They ran in and grabbed some people sitting on the grass having a cigarette. Others were getting their families into their vehicles when they were grabbed… Simply to avoid arrest, a small element – maybe 20 coaches – just drove round and round the field, and one by one, using increasing violence, the police picked them off."

He agrees that it is not easy for unarmed police to stop full-sized 60-seat coaches but adds that, as time went on, the violence began to ramp up. "The police would throw missiles at the windscreens, thereby covering the drivers with broken glass… There were some very large flints in the field, about the size of cantaloupe melons, and the police were throwing those. They flung their shields like frisbees, and they carried small metal fire extinguishers which they also threw. By now the police had a real rush of blood up."

If it sounds like a riot, it's worth remembering that many of these vehicles contained families; the rowdier troublemakers had been arrested in the first wave. "They were smashing windscreens with children inside," he says. The earl has told this story many times over the last 30 years – in court as well as to journalists – but his shock at what he saw still radiates through his voice.

“At one point the police surrounded a coach and it stopped. A woman inside stood up and held her baby up – in a very melodramatic fashion, you wouldn't normally hold a baby that way for fear of dropping it. But she did. She yelled at the police that there was a baby on board.

"There was a pause of about five seconds, then from the back of the police ranks, whistling over our heads came a very large flint that exploded the windscreen over the baby."

Yet that was not the worst thing the earl says he saw that day. "At some point in the crazy melee there was a heavily pregnant woman wandering around. Two policemen came up behind her with batons and clubbed her around the head and shoulders, and down she went."

The earl wanted to note down the numbers of the police officers that he believes were committing crimes, but they were covered up. "It seemed somehow more shocking because this was a Saturday afternoon in the Wiltshire countryside. You understood this might happen behind the Iron Curtain, but in England? In Wiltshire? On a Saturday afternoon in the summer? In a Wiltshire field?"

He says that after the arrests he saw three police officers armed with hammers, simply smashing up vehicles to ensure they could not be driven again. "They were destroying what the owners would call their homes," he adds. "That is most certainly a criminal offence, simple, stupid vandalism." The earl repeated his story to journalists, leading the right-wing press at the time to depict him as an anarchist sympathiser and the Daily Telegraph editor to brand him a "class traitor" (he sued for defamation and bought a BMW with the proceeds).

Following a series of trials and appeals, in which the earl's evidence was key, the police dropped the charges and most of the arrested convoy members were released without any further action. Two years later, one police sergeant was convicted of actual bodily harm. Then, in 1991, 21 travellers were awarded damages for wrongful arrest, damage to property and false imprisonment. However, they were not awarded their legal fees and so the money was entirely swallowed up in costs.

I was unable to find a police officer willing to speak to me about what happened that day. It's said the police believed the travellers were armed with petrol bombs and other weapons, potentially even firearms. It’s said they believed they were rowdy troublemakers who intended to squat at Stonehenge and damage an important historical site. Despite that, it is hard to believe that such violence could have taken place just 30 years ago.

There's still an appetite for justice when it comes to historic abuses of power. Hillsborough shows that investigation and recognition are still possible decades later. However, many people have simply never heard of the Battle of the Beanfield. As time passes, it becomes increasingly likely we will never know which police officers were willing to hit a pregnant woman around the head – or how high up the ranks they then rose.