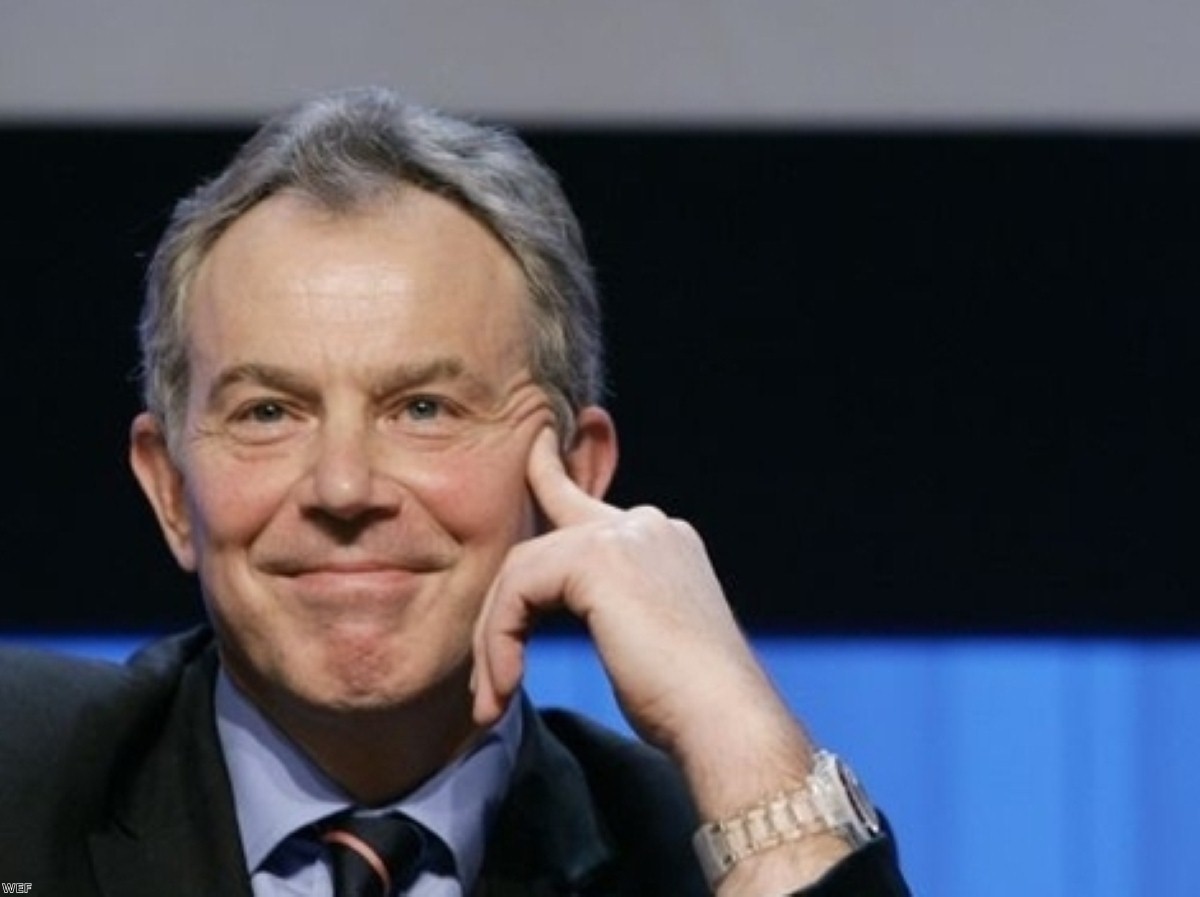 Comment: Cameron protects Blair from having to disclose business interests

Tony Blair may have been forced to "take a step back" from his job as peace envoy in the Middle East, but the former prime minister has had some brighter news to compensate. David Cameron has gave him the go-ahead to continue his money-making career without having to tell anyone about it.

This week Cameron turned down a plea by the indefatigable Lib Dem MP Norman Baker to make former prime ministers accountable to the British people for their earnings. The present arrangements let Blair do what he likes. Answering Baker's parliamentary question, Cameron said: "These rules have applied under successive governments, and there are no plans to revise them."

Ed Miliband has also given Tony Blair a free pass. This was signalled when his party accepted his donation of £106,000 for its candidates in marginal seats. Labour sold itself too cheap: this sum is pocket change for Tony Blair.

His decision, and Cameron's, coincided unhappily with publication of a new exposé of Blair's business activities by Francis Beckett, David Hencke, and Nick Kochan. Blair Inc is depressing reading, not only for its descriptions of Blair's relentless pursuit of money across the globe and his repeated blurring of the boundaries between diplomacy, charity work and business, but also for conveying the simpering sanctimony and banal bromides which infuse so much of Blair's highly-paid output.

Blair has been selling things which do not belong to him – the status and the authority of the premiership and the special knowledge and contacts it gave to him. His activities have diminished our greatest political office. He has contributed to a new and noxious culture, in which government and public service are merely a waiting room for the gravy train.

Even without Blair's example, the current system has been far too easy on former prime ministers who leave parliament.  Like other ex-ministers, senior Crown servants and special advisers, they spend two years under the scrutiny of the Advisory Committee on Business Appointments (Acoba). This is no great ordeal. As a watchdog Acoba is about as fierce as the Andrex puppy. It cannot bite and can scarcely bark. As the name suggests, it is an advisory body only. Its recommendations can be over-ridden by the government of the day, and even when they are accepted Acoba has no power to enforce them. Most of its members have combined public service with business and are not the sort of people to stop others doing the same. Indeed, Acoba declares:

"The business appointment rules for former ministers are based on the premise that it is in the public interest that former ministers with experience in government should be able to move into business."

Once past Acoba, former prime ministers can take money from anyone. Unless it's required by company law, they do not have to reveal who is paying them, or for what services. Gordon Brown will be in this happy state after the general election. Last year he attracted payments of around £900,000 for work outside parliament. In fairness, they were not made to him directly but to a company, the Office of Gordon and Sarah Brown, which supports his contributions to public life and makes charitable donations. However, there are more direct ways to contribute to public life and charities than flying an expensive entourage all over the world.

John Major is European chairman of the Carlyle Group

John Major has made what he might call a "not inconsiderable" sum after leaving office, principally through the secretive and well-connected Carlyle Group, of which he became European chairman after retiring as an MP in 2001. Since that time, he has never had to account for his financial activities to anyone. He has at least given Blair a lesson in discretion and good taste.

Whatever one thinks of the three living former prime ministers, it is time to review the system which regulates them so briefly and feebly.

First, Acoba needs new rules and powers. It should discard the presumption that ex-ministers in business are a jolly good thing. Its over-riding purpose should be the preservation of high standards and public confidence in the governance of our country, and in particular to remove the potential for outside interests to profit from the inside knowledge of people who have been in government. Its recommendations should become enforceable at law.

Second, former prime ministers should face lifelong public scrutiny of their financial activities. Their influence and authority last much longer than two years. Like all privy counsellors, they have a lifelong obligation to their sovereign. They also have a lifelong moral obligation to the British people, who made them what they were, to preserve the reputation of our highest political office.

Third, former prime ministers should not work for foreign governments, even democratic ones in alliance with our country (Tony Blair has collected several which satisfy neither of these criteria). Whether in or out of office, a prime minister's power belongs only to the British people. For the same reason, I believe that if he or she works for any business concern after leaving office it should be a British one which pays full British taxes.

None of these things will happen if David Cameron and Ed Miliband are left alone. No party will do anything unless they are terrified by voters. There are many issues which probably look more urgent, but cleaning up British politics matters to all of us.

When you get the chance, ask your local candidate what they intend to do about Tony Blair's money.

Richard Heller is an author and journalist and was formerly chief of staff to Denis Healey. His latest book is The Importance Of Not Being Earnest, a study of the life and work of the lost literary genius, Luke Upward.